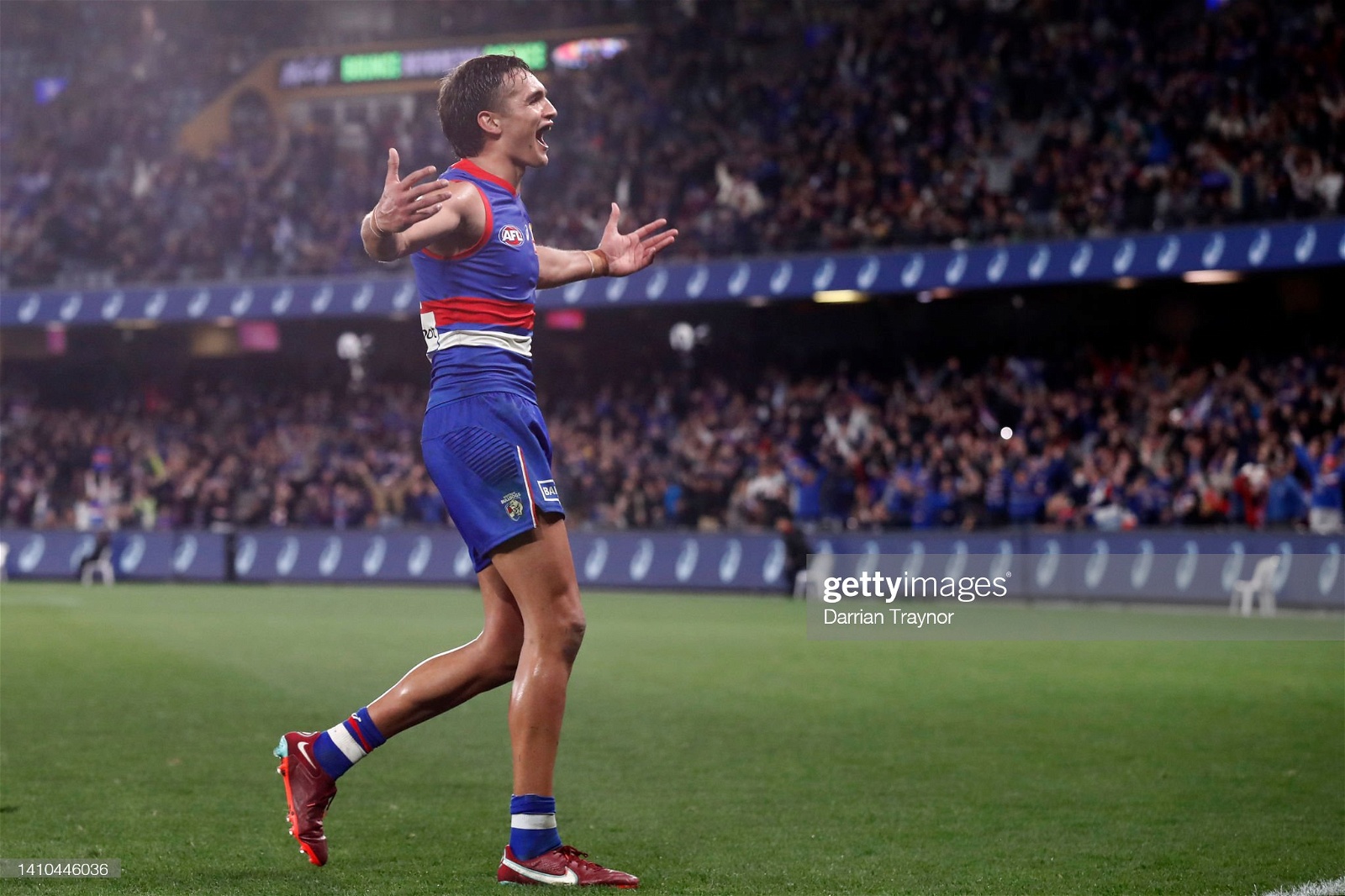 Western Bulldogs forward Jamarra Ugle-Hagan has opened up on how he felt coming to the club and coming into his own game after a dominant performance against the reigning premiers.

Western Bulldogs forward Jamarra Ugle-Hagan has opened up on how he felt coming to the club and coming into his own game after a dominant performance against the reigning premiers.

Jamarra Ugle-Hagan has been announced as the Round 19 Rising Star nominee after his dominant match-winning performance in the Western Bulldogs' 10-point win against the reigning premiers Melbourne on Saturday night.

The crafty forward kicked a career-high five goals to help guide his side to victory at Marvel Stadium with his last quarter including four marks, seven disposals, four insides 50s and three goals - including the sealer to get the Bulldogs into the top eight.

Ugle-Hagan discussed his emotions of his brilliant display when he kicked his fifth goal and the resemblance of Lance 'Buddy' Franklin.

"I was happy, surprised, and shocked about how it went. It just came nicely off the boot and then [I] just turned around to the crowd and celebrated," he said.

"It was kind of huge when I actually got the ball I thought about that moment as well, just about Buddy."

Ugle-Hagan talked about being the number one draft pick in 2020 and how high the pressure was for him to deliver right away.

"I obviously walked in as number one draft pick thinking I'd just play straight away but I came into a top two team last year," he said.

"I'm out there and having fun enjoying my footy now. I found it hard a bit last year to enjoy the fun in football, cause I was expecting way too much for myself as a player.

"So I gotta ask questions to most [of] the coaches cause they're all on the same board and just go to work in the VFL and work on the things that get me into the team."

"We've got to acknowledge his contribution to the win, especially the way he finished the game off with it on the line," Beveridge said.

"Steven May was having a pretty significant night, and our other key forwards weren't necessarily getting it too easily and having their most outstanding nights."

Ugle-Hagan is the club's first Rising Star nominee since Cody Weightman in Round 10 last year, as the club chases to get their first-ever AFL Rising Star winner.