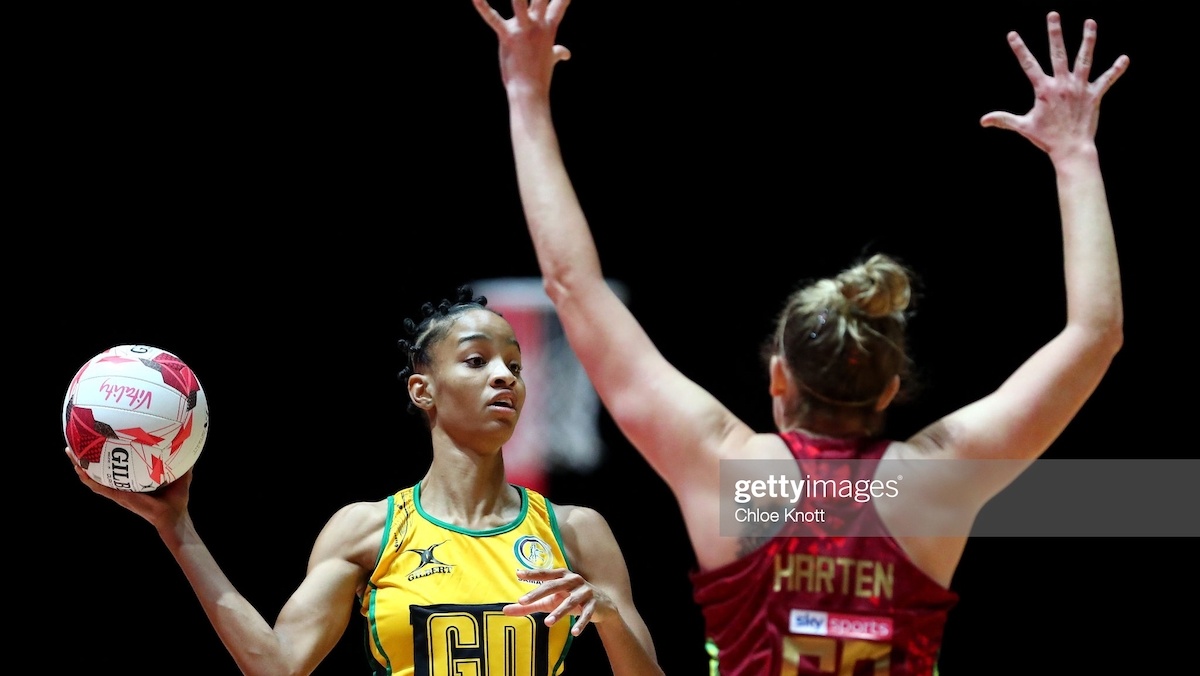 Jamaican star Shamera Sterling re-joined the Adelaide Thunderbirds squad this week, as preparations for the 2022 SSN season kick into gear.

Jamaican star Shamera Sterling re-joined the Adelaide Thunderbirds squad this week, as preparations for the 2022 SSN season kick into gear.

Sterling joined fellow Sunshine Girl Latanya Wilson and the rest of the Thunderbirds' squad, training partners and staff, who have been working together since late November in preparation for the Super Netball season.

The pair of internationals were meant to arrive a week earlier, but unfortunately Sterling caught Covid-19, which threw a spanner in the travel schedule.

"On the day before I was supposed to leave to come to Australia I caught COVID," Sterling explained.

The Thunderbirds are still awaiting the return of South African goal shooter Lenize Potgieter, who re-signed with the club for a third season in late September. An Instagram post late last week indicated the Protea is back in Australia and will jump into preseason training in due course.

Sterling was excited to be back among the girls and to be preparing for her fourth Super Netball season in Adelaide.

"It's good to be back in a training environment preparing for the season. It's a bit hot here...

"Just happy to be back with the girls and training and getting our fitness levels up to be ready for Round One."

Sterling did not expect starting preseason training in late-January after a bout of Covid-19 to be easy, in fact she was a bit unsure about how she'd feel after the first few sessions.

The training she was doing back in October and November for the series with the English Roses had kept her in good stead though, to return to the court in Adelaide.

"I thought I would have died on the first couple of sessions, but I was okay. Merely because I was doing training back home preparing for that English series, so I was okay."

Preparing for the 'Reunited Series' with England wasn't simple, as Sterling lives in a different area of Jamaica to where training with the national team was taking place.

"My offseason was a bit of travelling because I don't live in Kingston where it's training in Kingston.

"So I travel every Monday, Wednesday, Friday, and I stayed over for Saturday morning training, but it was okay."

It was worth it though, to be back out on the court, playing for her country and with her Jamaican teammates again for the first time since the pandemic began.

"We haven't played international netball for two years. So it was good getting back into our black green and gold to rep the country and prepare for the Commonwealth Games."

It was a competitive series with the Roses, who took the first two wins in the three-match series. However, the Sunshine Girls hit back with a 10 goal win in the final test.

Adelaide's preseason will continue, as the club prepares for its first scheduled practice matches against the Melbourne Vixens in Traralgon on February 12-13.