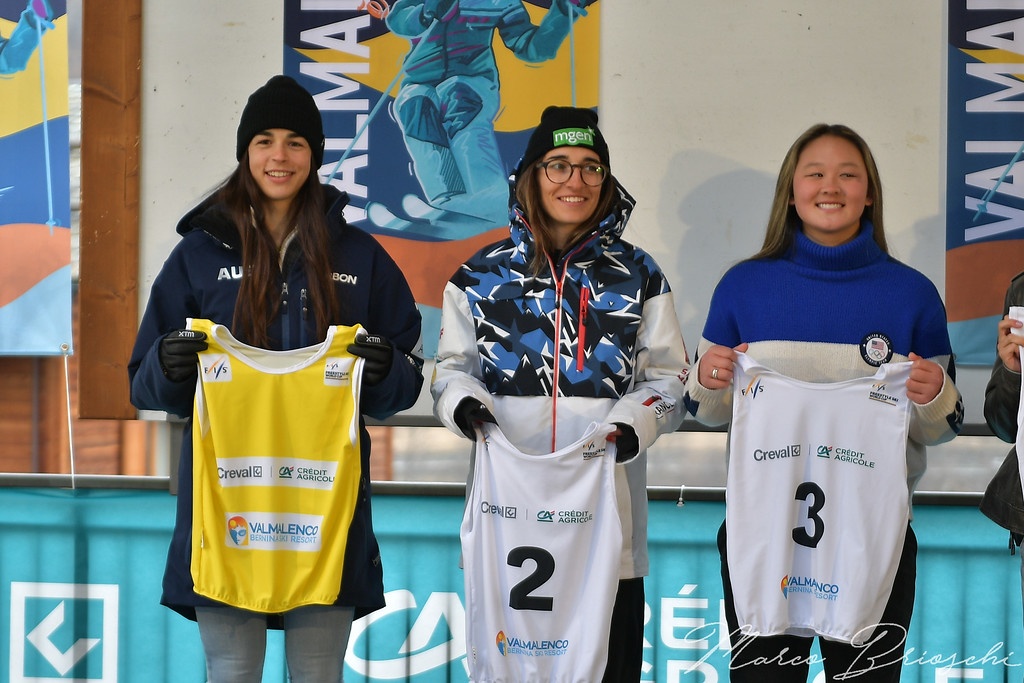 Jakara Anthony returned to the World Cup circuit this weekend with a bang, winning dual moguls gold in Valmalenco, Italy.

Jakara Anthony returned to the World Cup circuit this weekend with a bang, winning dual moguls gold in Valmalenco, Italy.

Jakara Anthony's first World Cup back following her Olympic gold medal last month was stylish as always, shaking off any worries that there might be an Olympics hangover when she claimed gold in the dual mogul event in Valmalenco, Italy.

It's the Australian's 10th World Cup medal of the season, equalling Alisa Camplin and Britt Cox's records as the most successful Australian winter sport athletes in a single season, the catch is, Anthony still has two events remaining this season.

Anthony was elite in the early duals in finals, receiving the max 35 points in her semi-final against American Kai Owens.

An expert in the dual moguls event, the only person that was going to stop Anthony in her quest for gold was 2018 Olympic Champion Perrine Laffont of France who she didn't have to face until the gold medal dual.

The 23-year-old hit the top air with her now-iconic corked 720 mute grab, making few mistakes in her middle section forced Laffont to try and keep up, resulting in a number of mistakes of her own despite her superior pace.

Ultimately six of the seven judges put Anthony on top giving her a score of 20 to Laffont's 15. American Jaelin Kauf completed the podium beating Owens in the bronze medal dual 35 to 0.

The 23-year-old was pleased with her runs believing she achieved her goal for the weekend.

“I am so proud of how I skied,” Anthony said.

“It’s really tough in there, so to be able to put down consistent runs at the level I know I was capable of was my goal for this weekend and I achieved that, so I couldn’t be happier."

There's just one weekend left and there are three Crystal Globe World Cup titles on the line for Anthony, she'll need not just a win but for Japan's Anri Kawamura to finish no higher than fourth in the single event, however, if Kawamura isn't in attendance all she'll need to do is beat Laffont.

In the dual moguls event, the 23-year-old sits in the top spot and so long as she finishes on the podium the Crystal Globe is guaranteed, with Laffont needing a 60 point advantage over Anthony to claim the title.

Then there is the overall mogul Crystal Globe, currently sitting in first Anthony has a 59 point lead over Laffont but the results of both events will be crucial to whether she stays on top, a major loss in either could see her missing out the title but even a DNF in an event would keep her in second in the World Cup standings for the 2021/2022 season.

Anthony was enthusiastic about competing in France next weekend, looking forward to the experience in the alps as well as competing in the moguls.

“I am so excited to go to Megeve, we have just skied in the Alps in Italy, and now we are heading back to the French Alps, it’s a really spectacular part of the world that I haven’t seen much before, so I am just so excited to go experience the mountains and ski some moguls.”

Anthony will compete in the singles event first on March 18 and come back the next day in the dual moguls event on March 19, you can catch all the action on theFIS Freestyle Youtube channellive or after the events.