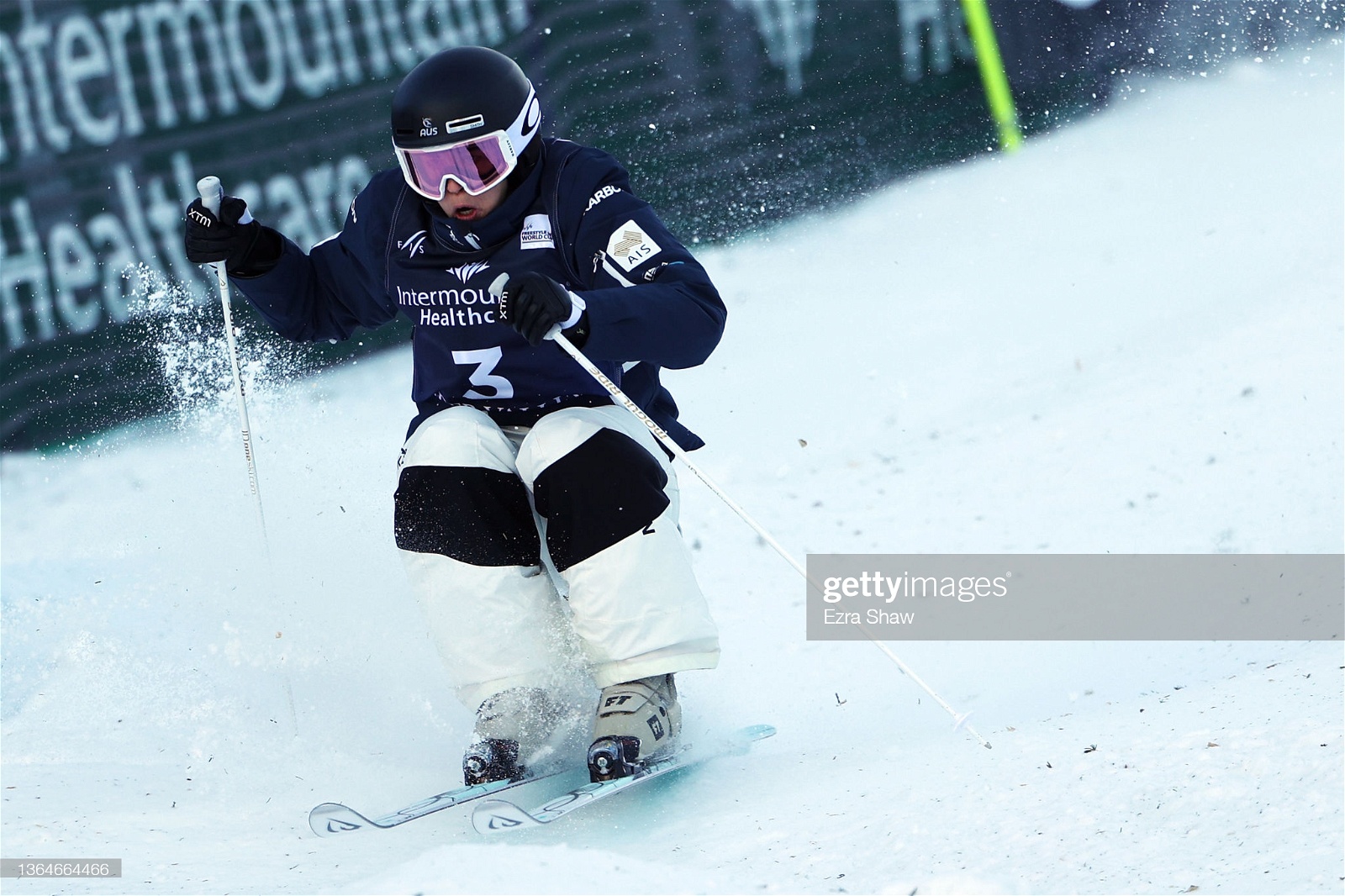 Jakara Anthony continued her podium success in the moguls, winning silver, while Brodie Summers made his first super final this season.

Jakara Anthony continued her podium success in the moguls, winning silver, while Brodie Summers made his first super final this season.

It was another successful day on the slopes of Deer Valley, USA for the Australians with Jakara Anthony backing up herbronze medal yesterdaywith a silver, while in the men's event it was Brodie Summers' turn to have a season's best performance, reaching his first six-person super final of the season.

The silver medal today is Anthony's eighth podium of the season but was unable to reclaim the yellow bib after Japan's Anri Kawamura's win today was enough to put the 17-year-old at the top of the world rankings in the last competition for the moguls skiers ahead of the Olympics.

The 23-year-old was in the lead after qualifying, scoring 78.14, compensating for being over one second slower than France's Perrine Laffont, with a massive air score of 16.82, 0.94 points better than the next best air score, Kai Owens from the United States.

Anthony bettered her first run in the first final, earning a score of 80.40 which put her into fourth heading into the super final with Kawamura, Laffont and Olivia Giacco (USA) all less than two points ahead of the Australian.

The competition was looking tight in the superfinal with Anthony having to wait at the bottom of the hill to see if anyone could beat her score of 80.38. Her air score in the super final was the best once again, scoring 16.78.

With just Kawamura to go the Australian was in the gold medal position and a slower run from the 17-year-old would keep Anthony in first.

However, it wasn't to be with Kawamura scoring 80.89 winning her third World Cup gold for the season.

The results this week in the women's event highlight just how close the super final in Beijing could be with Anthony, Kawamura and Laffont having less than a point between them across the two events in Deer Valley.

Fellow Aussie Britteny Cox had a better day on the slopes finishing in 12th after the first final with a score of 73.94, meanwhile, Sophie Ash couldn't make it past qualifying finishing in 26th, scoring 61.46 points.

After the success of Cooper Woods yesterday, Brodie Summers dug in and made his first six-person super final of the 2021/2022 season.

The 28-year-old was in 11th after qualifying scoring 74.32 points, coming down the hill with one of the fastest times in qualifying, Woods started the day ahead of his teammate, scoring 75.36 points to sit in seventh.

There was less than a point separating fourth through seventh in the first qualifying run, with Summers making the super final by the barest of margins scoring 77.22 points, 0.06 points off missing out on the super final altogether.

Woods didn't have the fortune of yesterday replicating a similar score to his qualifying run, scoring 75.83 to finish the event in 11th.

Summers wasn't able to improve upon his earlier runs in the super final, scoring 74.95, to finish in sixth, his best finish of the season and best finish at a World Cup since his silver medal in Idre Fjäll, Sweden, in December 2020.

James Matheson was the third Australian man on the slopes today, scoring 69.94 points to finish in 26th.

The Australians now have four Olympic quota spots in both the men's and the women's events at Beijing 2022, and the team will return to their training base in Finland, joined by 2018 Olympic silver medalist Matt Graham who looks to put a week on snow before the Olympics after recovering from a broken collarbone earlier in the season.

After the Olympics, the next moguls World Cup event is scheduled to go ahead on March 19 Megeve, France.