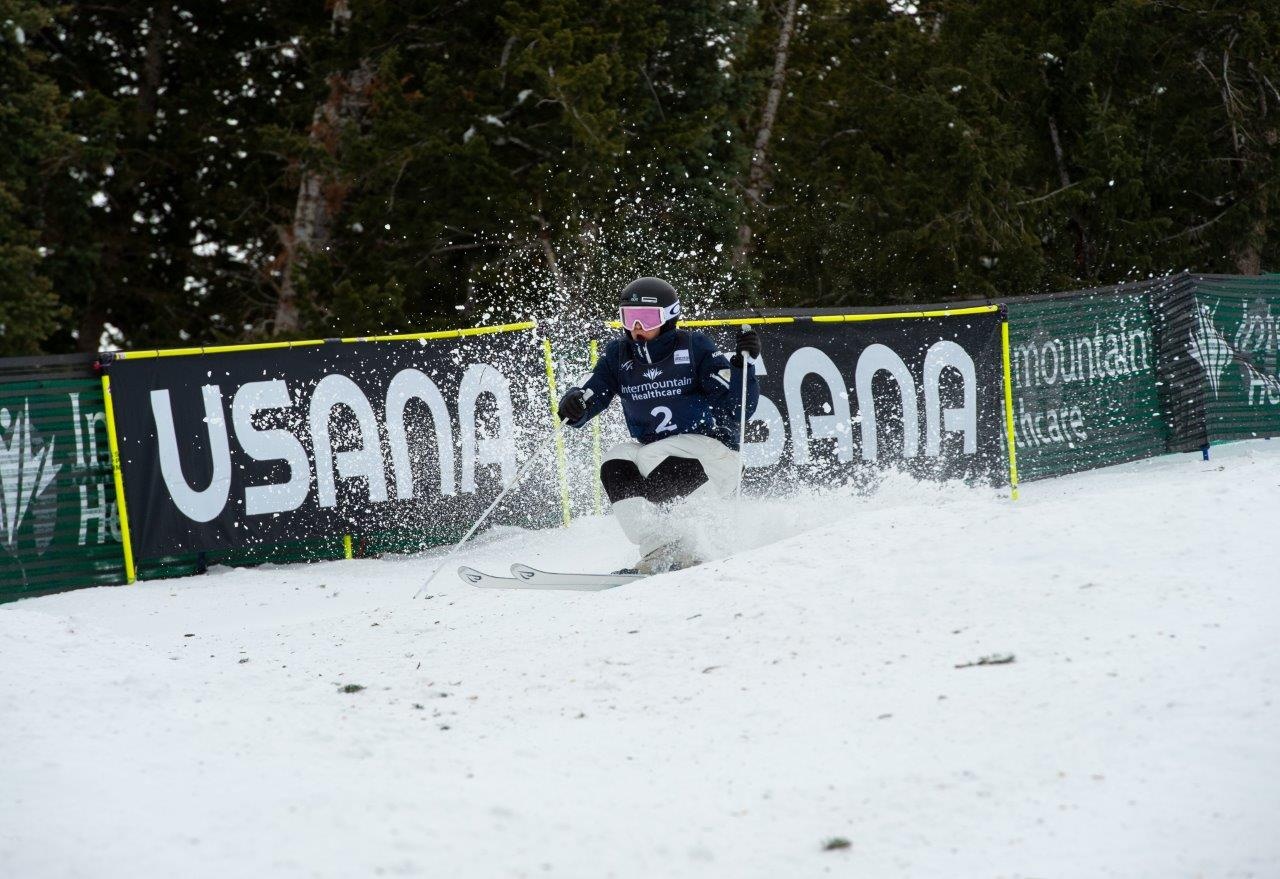 Jakara Anthony and Cooper Woods performed on the slopes of Deer Valley with Anthony winning her seventh medal of the season and Woods finishing in fifth.

Jakara Anthony and Cooper Woods performed on the slopes of Deer Valley with Anthony winning her seventh medal of the season and Woods finishing in fifth.

Australia's form on the slopes of Deer Valley, USA continued with the moguls skiers finding success once again with Jakara Anthony landing on her seventh podium of the season winning a bronze medal and Cooper Woods earning a career personal best finishing in fifth.

Anthony was the best of the day heading into the super final, leading following qualification with a score of 74.76.

The 23-year-old has a fantastic first run in the final scoring 84.37, the highest score of the competition and would start last in the super final.

Ultimately it was a bronze medal awaiting Anthony at the bottom of the hill scoring 79.84, while 2018 Olympic champion Perrine Laffont won the day with a score of 80.20.

It was her turns that took the biggest hit in the final run receiving -3.3 deductions from the judges despite the highest base score and with only 0.36 points separating first and third Anthony's superior scores in the air weren't enough to overcome the turn deductions.

Anthony was enthusiastic about the result, looking ahead to the second competition of the week tomorrow rather than dwelling on what went wrong.

“It’s always great to be back in Deer Valley and it’s so exciting that we have a double event here so we can come back and do it all again tomorrow,” Anthony said.

“I am really happy with the changes I have made to my run here, and I was stoked to get some good runs down.”

The 23-year-old now sits in third in the World Cup rankings for this season with 425 points and a win tomorrow could see her leapfrog Laffont and Japanese youngster, Anri Kawamura, into first in the standings once more.

ASCENDING OLYMPUS – LAST CHANCE TO PICK UP A QUOTA SPOT

The 21-year-old finished qualifying in 12th scoring 73.48 and as the only Australian man reaching the finals with Brodie Summers sitting in 19th and James Matheson in 24th.

After the first run in the final, Woods scored 76.64 just scraping into the super final in sixth with his high base score on the turns and superior speed holding off Japan's So Matsuda by 0.07 points.

The Australian continued the trend of improving his ranking in the superfinal scoring 76.10 to finish in fifth, while Canada's Mikael Kingsbury's incredibly clean run scored 83.28 to win his third consecutive World Cup singles event of the season.

Woods talked about the excitement he felt making the super final following the event.

“It was my first super final, I was pretty excited if you want to know the truth," the 21-year-old said

“I had to take some deep breaths, go over my goals with my coach, and just had to get down the run and put a nice one down.”

The action at Deer Valley continues tomorrow with the final moguls World Cup event ahead of the 2022 Beijing Olympics, and if you'd like to catch the Australians in action you can watch it on theFIS Freestyle YouTube channel.