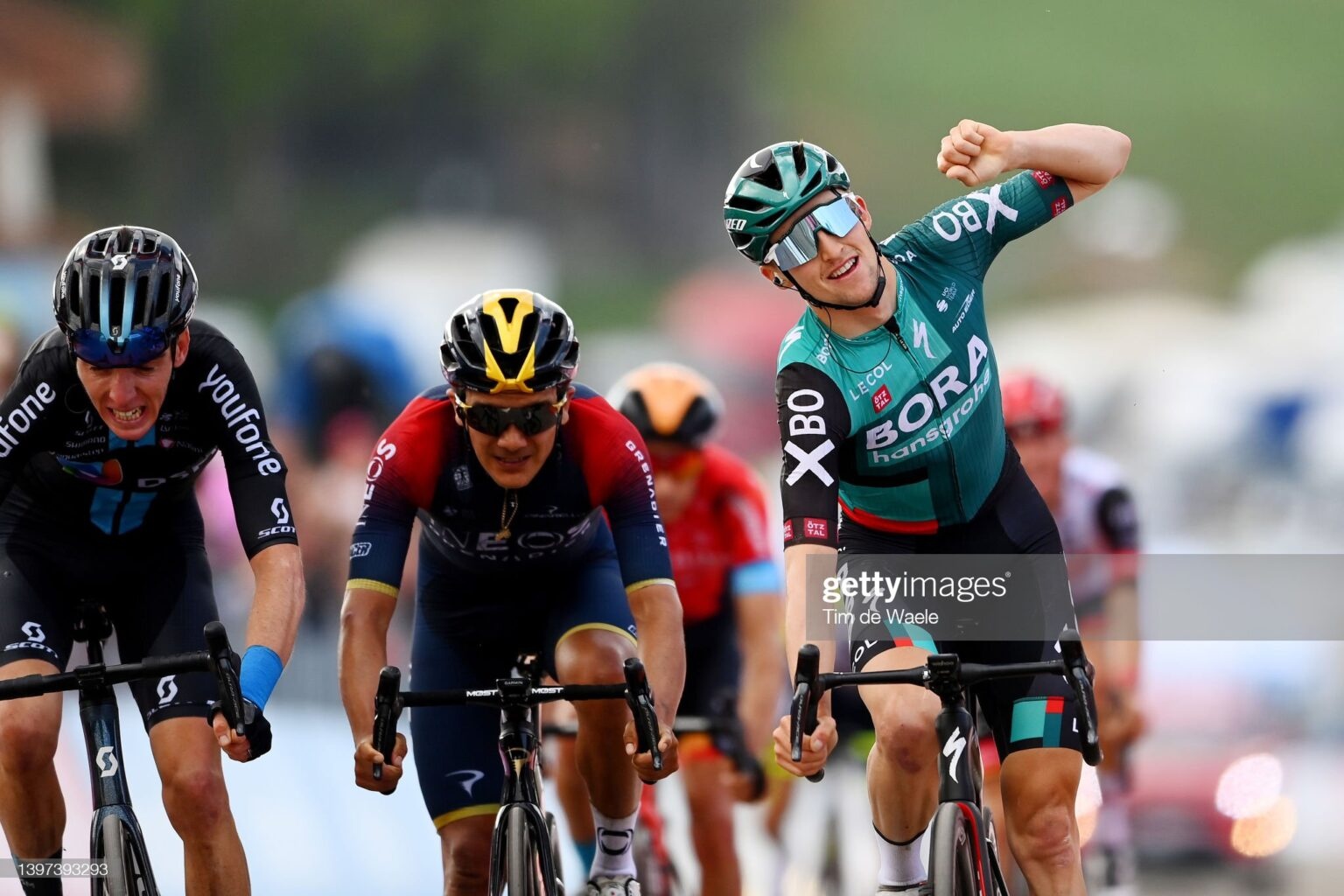 Australian cyclist Jai Hindley out rode his competitors up the Blockhaus peak to take out stage nine of the 2022 Giro D’Italia.

Australian cyclist Jai Hindley out rode his competitors up the Blockhaus peak to take out stage nine of the 2022 Giro D’Italia.

Australian Jai Hindley out rode his competitors to take out stage nine of the 2022 Giro D’Italia.The performance was his strongest sign of a return to the form that led to a Giro podium in 2020.

With this stage being regarded as the first big challenge of the Giro this year, this stage was one of the earliest chances to make time on the race’s general classification category.

The stage started in the south Italian town of Isernia and travelled through the mountains for 191 km. This concluded with the ascent of the infamous Blockhaus, a mountain peak with a long history in the race.

With climbs from very early on in the race, attacks were plenty. Jaakko Hanninen, Luca Covili, Natnael Tesfatsion, Diego Rosa and Matt Holmes were the first move. Koen Bouwman remained in tight pursuit, attempting to keep the lead in the mountains classification.

While this group continued to battle through most of the stage, Tesfatsion was taken out of contention during the middle of the race. Coming into a corner, he misjudged his entry and came off his bike.

While he was fine and able to resume racing, this all but eliminated his chance to win. However his time in the break was not for nothing, as he helped teammate Diego Rosa take the lead in the mountains classification.

Coming into the final 15 km of the stage, the main breakaway was caught. With this, the GC favourites prepared to race each other up the Blockhaus.

Two of the major favourites, Guilio Ciccone and Simon Yates, were dropped at the start of the climb, shaking up the pre-race predictions.

Blockhaus took more victims soon after, as Wilco Kelderman and Hugh Carthy found themselves off the back of the main group, as the GC battle heated up.

At this point, current GC leader Juan Pedro Lopez, was still in this main group, and much to the surprise of many, had a chance to keep his title.

This chance quickly vanished, as he found himself slightly colliding with another rider’s back wheel, forcing him to stop, as the group sped away from him. He made a valiant effort to rejoin the group, but his attempts ended up in vain.

Trying to make a move up the standings, 2019 winner Richard Carapaz attacked with just under five km to go. His Aussie teammate Richie Porte assisted by disrupting the main group, preventing a chase.

Coming into the two kilometre mark, the race came down to a group of Carapaz, Mikael Landa and Romain Bardet, being chased by a group of João Almeida, Domenico Pozzovivo and Jai Hindley.

The chase group caught up to the leaders, in the final kilometre, ending in a sprint finish. Hindley won the stage with a photo finish, for his first grand tour stage since 2020.

With a stage win, and wearing the pink jersey for the penultimate stage in the 2020 edition, Hindley will be hoping that this can set him up for his first Grand Tour win.

This win places him in 5thplace in the GC, trailing by 20 seconds. With some flatter stages during most of this week, we are unlikely to see many movements in the GC standings until Saturday, when the peloton returns to the mountains.