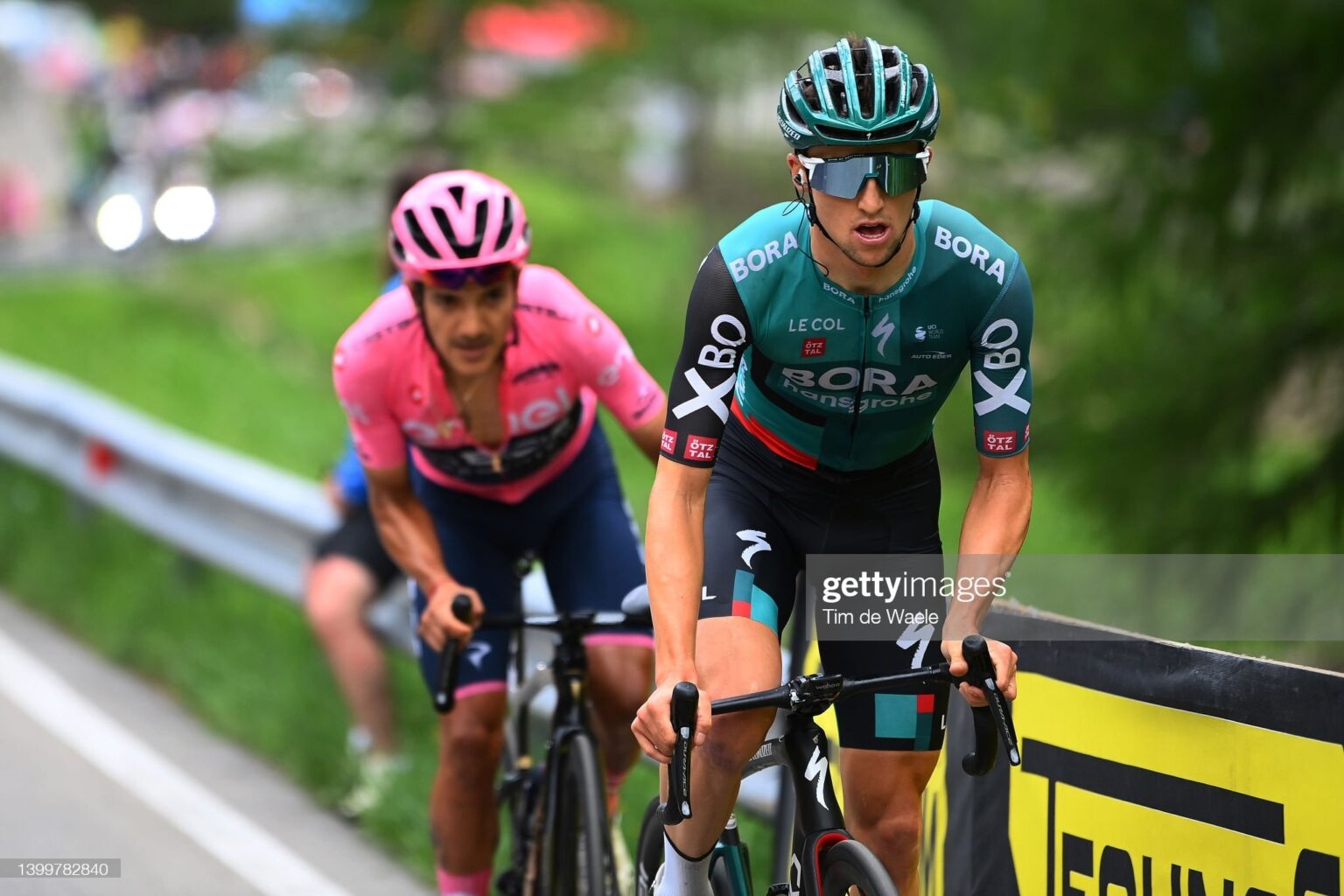 With a powerful performance, Jai Hindley put himself in the box seat to make history and become the first Aussie to win the Giro d'Italia.

With a powerful performance, Jai Hindley put himself in the box seat to make history and become the first Aussie to win the Giro d'Italia.

Jai Hindley has been in this position before, holding the pink jersey ahead of the final time trial of the Giro d'Italia, but this time feels different.

In 2020, Hindley held a nominal share of the pink jersey with INEOS's Tao Geoghegan Hart, in second only on countback, with just the final time trial in Milan remaining.

That day, in the final 15.7km time trial, Hindley would give up 39 seconds to Hart, and would be forced to stand on the second step of the podium.

Two years later, he finds himself in a slightly different position. Racing for BORA-Hansgrohe instead of Team Sunweb, his main adversary for the last three weeks has been an INEOS rider, this time Richard Carapaz.

But Hindley has not been a shock this time. From the first day of the race, he has positioned himself as one of the big favourites, and has not put a foot wrong.

For the last week, he has been just three seconds, behind Carapaz, a mental shadow, and for much of the race, a physical shadow.

Hindley has been unshakeable, and tactically, had had a superb race. With one stage in the mountains left, it was time for BORA-Hansgrohe to put their plan into effect, and try and dislodge Carapaz from themaglia rosa.

With 167km of racing, and three massive climbs, there would be a window of opportunity for Hindley, and he would have to take it. The tactics started early, as BORA-Hansgrohe got Lennard Kamna into the breakaway, hoping that he would help Hindley later in the day.

At the base of the final climb, the Marmolada, Kamna and the breakaway were three and a half minutes ahead of the main bunch. Carapaz had his INEOS teammates on the front, to set a high tempo, thinning out the peloton, including many of Hindley's teammates.

With five kilometres to go for the bunch, Carapaz had one teammate, Pavel Sivakov, and with the duo was Hindley, Mikel Landa (third overall), and Hugh Carthy (17th overall).

As Sivakov pulled off, exhausted, Carapaz tried to launch an attack, but Hindley was ready. The two favourites separated from the rest of the bunch.

Moments later, Hindey and Carapaz caught Kamna, who was waiting for them, and was keen to provide support and assistance. Kamna set about setting a hard pace, as Carapaz started to falter.

With 2.5km to go, Hindley could see Carapaz struggling as Kamna set the tempo on the front. He saw his moment, and attacked, leaving his teammate to mind the struggling INEOS rider.

And go Hindley did, setting off with a fluid pedal stroke, and building a lead. Within a matter of a few hundred metres, it was clear that Carapaz was not going to be able to catch Hindley.

Even catching Kamna was looking stronger than Carapaz, as they struggled on the steepest slopes of the Mortirola.

Hindley was riding as a man possessed, conscious that ahead of the time trial in Verona, he needs every second, and wary after the last time he had a time trial fighting for pink.

As he started to grimace with the pain, in the dying moments of the top of the climb, it became clear that he had put a huge gap between himself and Carapaz, a gap that is likely to be enough over the short time trial.

When an exhausted Hindley got to the finish line, he pushed for every metre, preserving every second. By the time Carapaz followed a minute and a half, his Giro dreams were in tatters.

There will be a fitting piece of history tonight, as long as Hindley stays upright, and doesn't have a time trial of catastrophic proportions, he will fulfil Evans' promise, 20 years on.

Evans, went on to be one of the most decorated cyclists in Australian history, winning the World Championship in 2009, and the Tour de France in 2011.

Hindley will also fulfil his own potential, after coming so close two years ago.

Hindley will be the last rider to leave the start house in the final stage of the Giro d'Italia, at 12:48 AEDT.