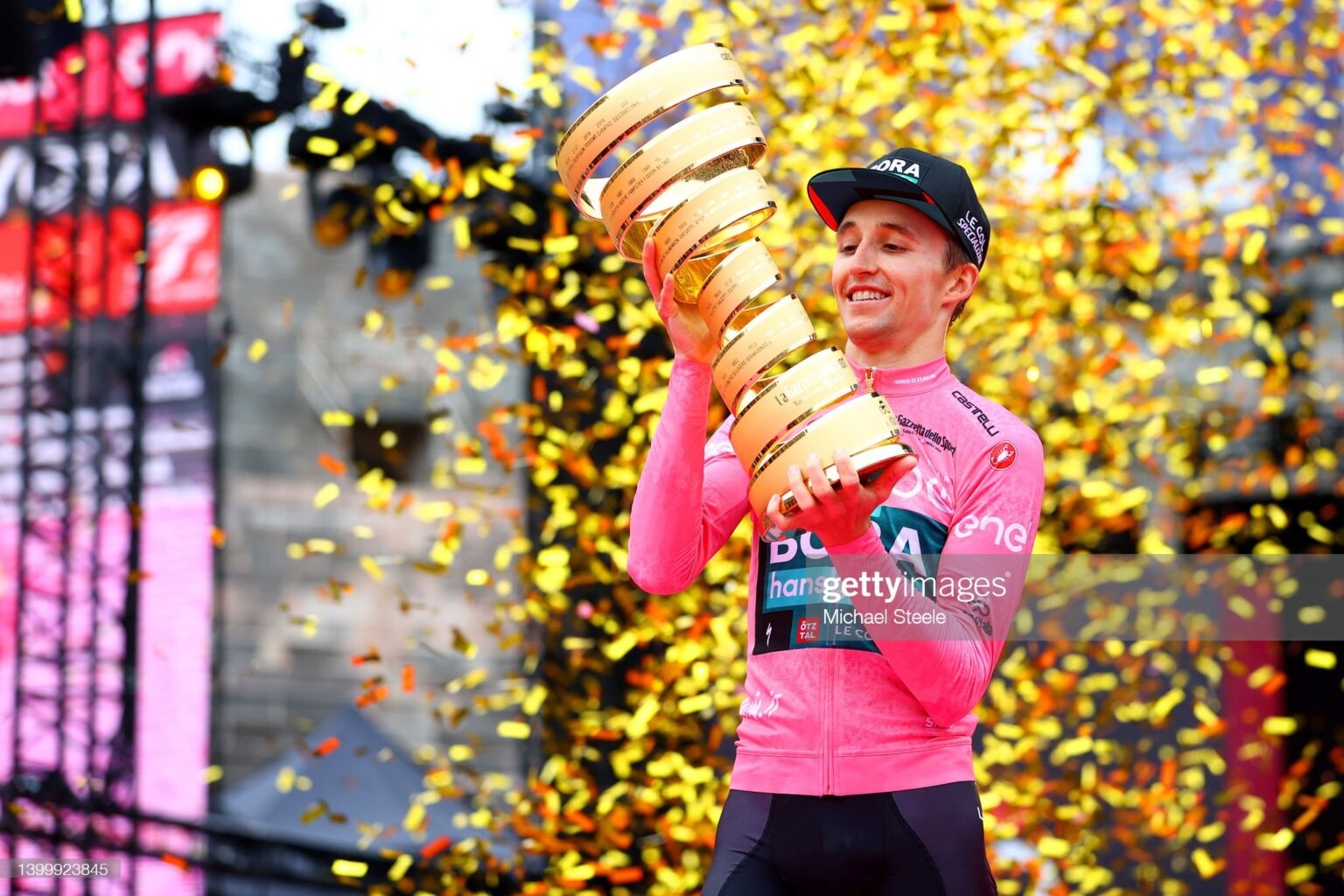 For the first time since 2011, an Australian has won one of cycling’s Grand Tours. He beat out pre-race favourite and 2019 Giro winner Richard Carapaz for his first career grand tour win.

This year’s Giro had a number of tough contenders in the general classification such as former winners like Carapaz and Tom Dumoulin, as well as upcoming stars such as Miguel Ángel López. Coming second in the 2020 edition, Hindley was on the radar as a contender, but generally considered more of an outside chance.

The race started in Hungary this year, with Matthew van der Poel taking the Maglia Rosa after the first stage. With the start being a flatter stage, all GC riders remained in contention going into the first time trial.

The time trial began to set placing for the GC race, with Tom Dumoulin and Simon Yates becoming the leaders out of the main contenders and van der Poel keeping the jersey. Hindley found himself sitting in 23rd, 45 seconds behind the lead.

Stage four was the first stage in the mountains. As the sprinters began falling down the GC classification, Juan Pedro Lopez became the second person to lead the General Classification. Jai Hindley moved into the top 20, 2:16 behind the lead. Mikel Landa and Richard Carapaz both sat in the top 20, at 12thand 11threspectively.

Stage nine was where things then began going Hindley’s way. A win up the Blockhaus peak gave him his only stage win of the tour. This put him within 20 seconds of the pink jersey.

Landa continued to hold on but began to slip away through the last few stages, finding himself over a minute behind the lead after stage 17. With him moving out of contention, the race became a two-man race between Carapaz and Hindley.

Hindley’s next breakthrough came on the penultimate stage, with his fifth-place finish up the dolomites being enough to find him in the lead for the final stage.

He had been in this position before, losing out on the 2020 Giro narrowly, in the final time trial stage. This time, with a cushion of 1:25, Hindley managed to defend his lead, to go down in history.

In addition to the trophy, Hindley received an even more important prize, the opportunity to see his family for the first time since 2020.

“To have them at the finish in the Arena today was special. Really special. I think at the end of the year I’ll go home and savour every minute of it.”

Hindley becomes the second Australian to win one of the cycling Grand Tours. He joins Cadel Evans, who won the Tour de France in 2011.

Fellow Australian Lucas Hamilton also joined him in the top 13.

Another Australian joining that list in the near future is not out of the question. Jack Haig came third at the 2021 Vuelta, and Ben O’Connor came fourth at the 2021 Tour de France.

Hindley has said that he may be racing a second grand tour this year, racing the Spanish Vuelta España, a race he has not competed in since 2018. If he did manage to win this, he would become the 9thperson to do so, with the most recent being Chris Froome in 2017.

Additionally, Hindley will likely be competing as part of the Australian squad for the World Championships in Wollongong in September.

“I think it would be a great event and it’s not every day you get to do the worlds in your home country, especially when you’re from Oz. So yeah I’m super keen to be in that team”