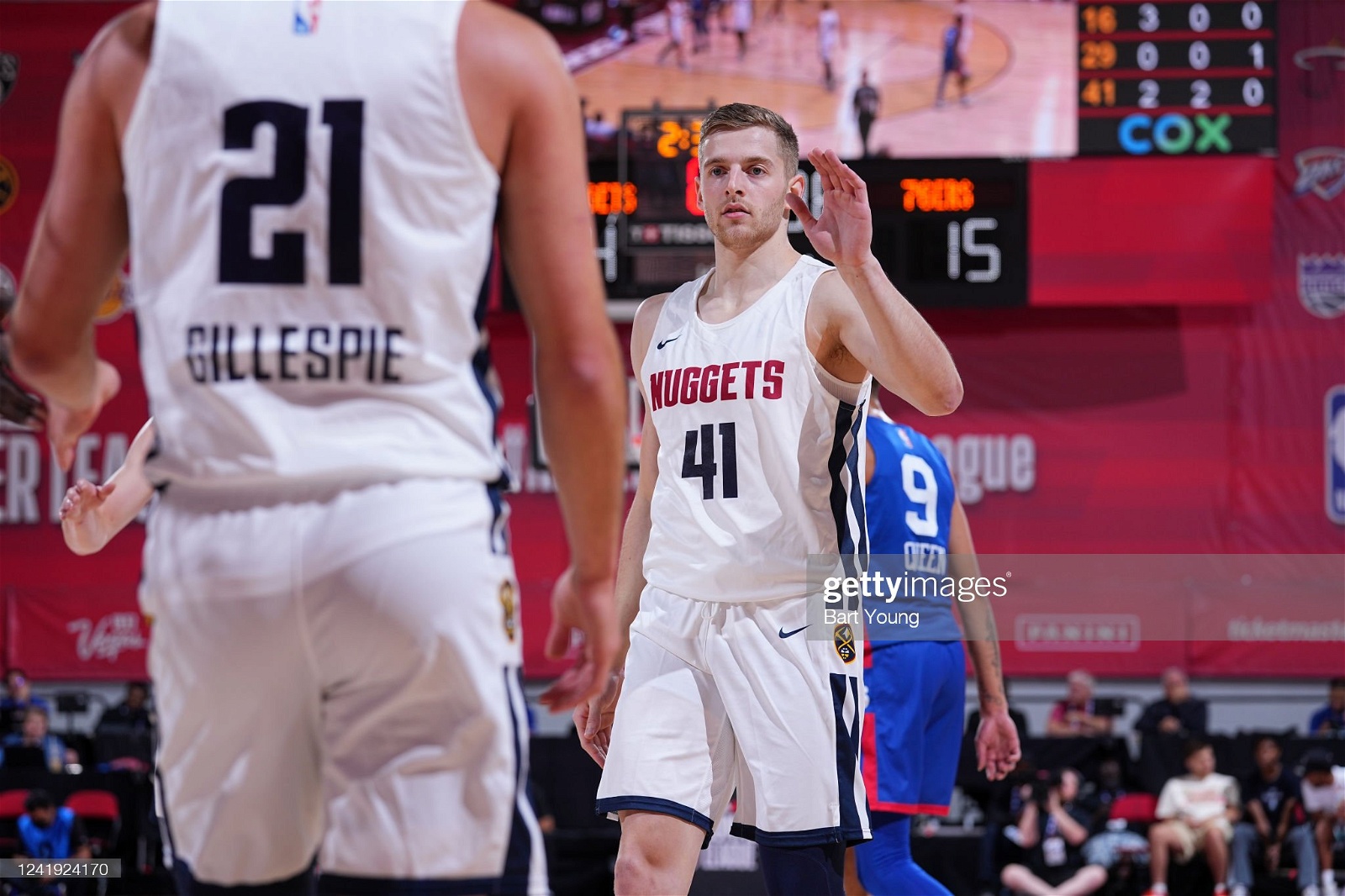 Melbourne United's Jack White is set to sign a two-way deal with the Denver Nuggets.

Melbourne United's Jack White is set to sign a two-way deal with the Denver Nuggets.

Following what has been an astonishing few months for the star forward, there is no surprise Jack White has been offered his first NBA contract with the Denver Nuggets.

It comes after helping Melbourne United secure the NBL22 minor premiership, as well as his first Australian Boomers selection.

White recently spoke to Melbourne United Media about his dream of playing in the NBA.

"This is an amazing opportunity for me to take another step towards living out my dream of playing in the NBA, so I couldn't be more grateful to the Nuggets for giving me a shot," White said.

White follows the growing group of Melbourne United players that have taken the leap forward into the NBA, including championship teammate Jock Landale, as well as NBA Summer League players Jo Lual-Acuil Jnr and Yudai Baba.

Melbourne United CEO Nick Truelson spoke to officially congratulate Jack White's signing in the NBA, and the pride felt by the organisation.

"We could not be more proud of Jack. We have seen the incredible amount of work he has put in, and with the talent he has, we had a feeling that this was a real possibility for him when he was selected to play in the Summer League," Truelson said.

"Jack is a fantastic person, athlete and player, and we can't wait to see what he can do now that he has been given this opportunity in the NBA."

"This shall obviously change the dynamic of our NBL23 roster, but Dean Vickerman and I have had a highly productive week over here watching the NBA Summer League, and we have planned for this scenario."

"We are confident that although we shall miss Whitey at our club this season, we will be able to now put the pieced together that will give us the best chance at taking that next step and really contesting for that championship this season."

"At Melbourne United, we pride ourselves on being a destination club for both local and international players. To be able to help these athletes become the best version of themselves and further their chances to reach the NBA will continue to be a focus for our organisation".

The future looks bright for Melbourne United with the number of players coming through on their lists and going on to the NBA.

Before you move on to our next piece of wonderful content. We would love to grab your feedback via the form here - Edge of the Crowd reader survey.