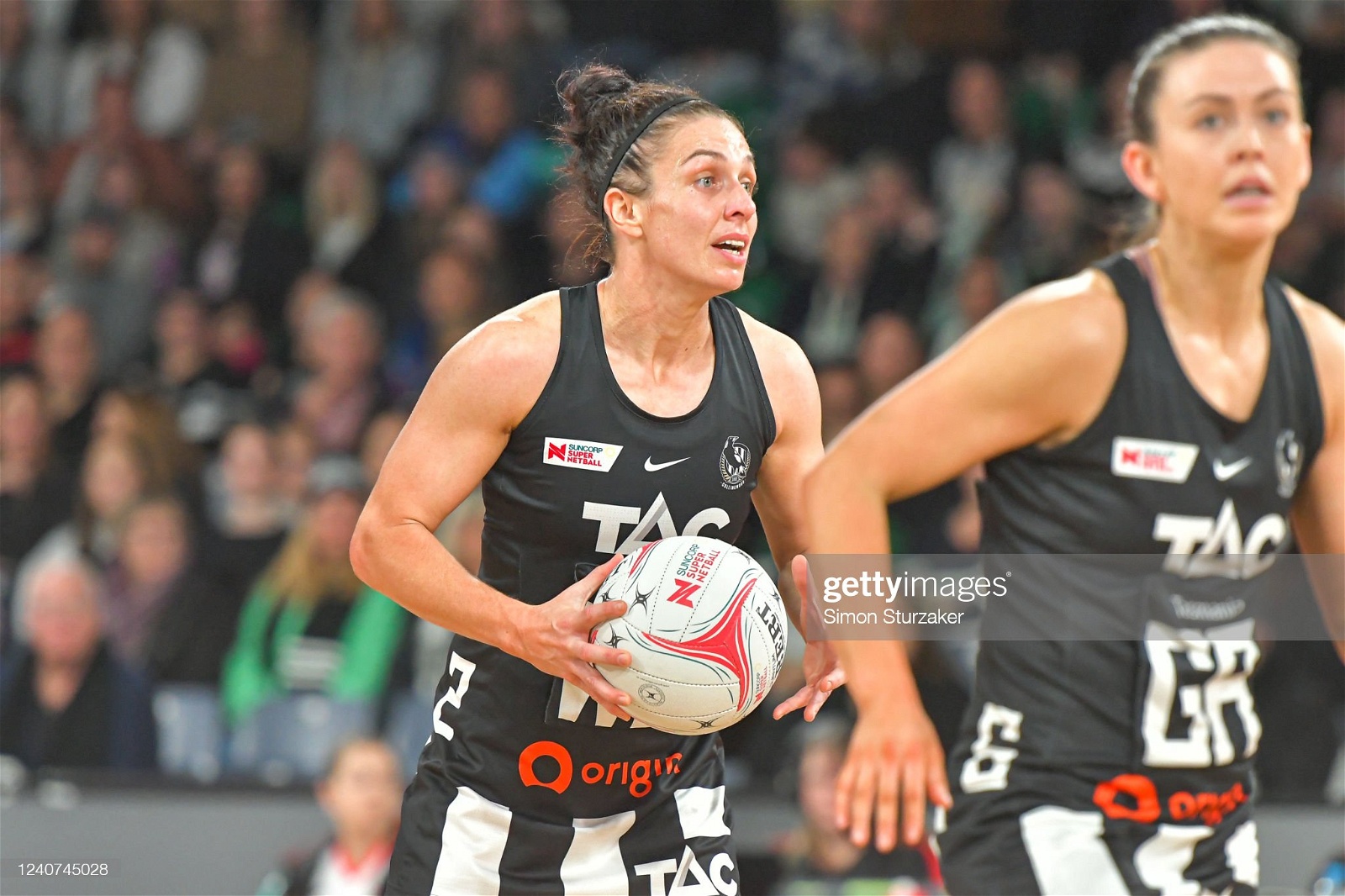 'If we can do that, we can beat anyone': Ash Brazill on clash with the Vixens

The Collingwood Magpies are in a position to make their third finals series in Super Netball history, all that stands in their way is the Melbourne Vixens.

'If we can do that, we can beat anyone': Ash Brazill on clash with the Vixens

The Collingwood Magpies are in a position to make their third finals series in Super Netball history, all that stands in their way is the Melbourne Vixens.

The Collingwood Magpies are in a position to make their third finals series in Super Netball history, all that stands in their way of that last finals spot is the minor premiers in the Melbourne Vixens.

Ash Brazill spoke to the media during the week about the clash with the Vixens and a massive day for the club on Monday.

The vibe around the club is great, with the Magpies producing arguably some of the side’s best netball in recent seasons.

“The vibe has been great,” Brazill said.

“I think the last couple of weeks I think we've been playing the best netball we’ve ever played. So, I think it's exciting that we're at this stage and it's taken a long time to get there but hopefully we can keep doing it.

All though the Magpies line up looked vastly different, the clash comes with a sense of déjà vu. With the Magpies being in a similar position back in 2019, with their season all coming down to the final home and away match against the Vixens.

“I think was the first thing I said coming off that game it’s the Vixens again, we have to double up.  I think the difference is if we do beat the Vixens, we play giants probably first up, so I think that's probably a better thing, rather than playing back-to-back.

“I think the fact that we're in this position to get into the finals, we need to beat the best team just shows you know if we can do that, we can beat anyone.

The Magpies will go into the clash with a bit of confidence, having beaten the Vixens the last time the two teams met. Collingwood came away with a 10-point win in the first instalment of the 2022 edition of the Melbourne Derby.

“I think one thing that Vixens did do to us last time, they made us change the way we played. So hopefully the Vixens think that's what we're going to do when we bring something completely different.

“I think our defence at the moment, there's not one sole person that has stood out the whole year. We're a really strong four, whoever's out on court so we're hoping we can stand up again against that. “

While Collingwood’s season may be on the line tomorrow afternoon, the match is more important than just the four points. With the Magpies and Vixens kicking off a huge day of sport for the Fight MND Foundation.

“It's a massive day for the club, the fact that we're aligning with Fight MND and I know the Daniher family quite well. When I was at Fever, Jen, Neale’s wife was my team manager so unfortunately, he was diagnosed when we were over in WA together.

“So, to see their journey and see how big the brand, the beanie has gone, It's just incredible. So, the fact we're selling the beanies at our game and the footy game. It's going to be huge, and I love that now netball is getting behind it.”

In this season, Brazill has stepped up into the captaincy role alongside teammate Geva Mentor and while some may have questioned the duo at the start, Brazill says there's nobody else she’d rather do it with.

“I'm very grateful that I'm doing it with Geva I think we complement each other really well. I think at the start of the year, I probably questioned how are these two going to do it together but I think we definitely know our roles we’re people we do just think it's just a title, there's no power-tripping around it.

“I think that's probably why we work so well together. I think I'm probably more the angry psycho one who just lays it on the line and says it how it is. Whereas Geva brings it in and makes a lot calmer, So it's a nice balance.”