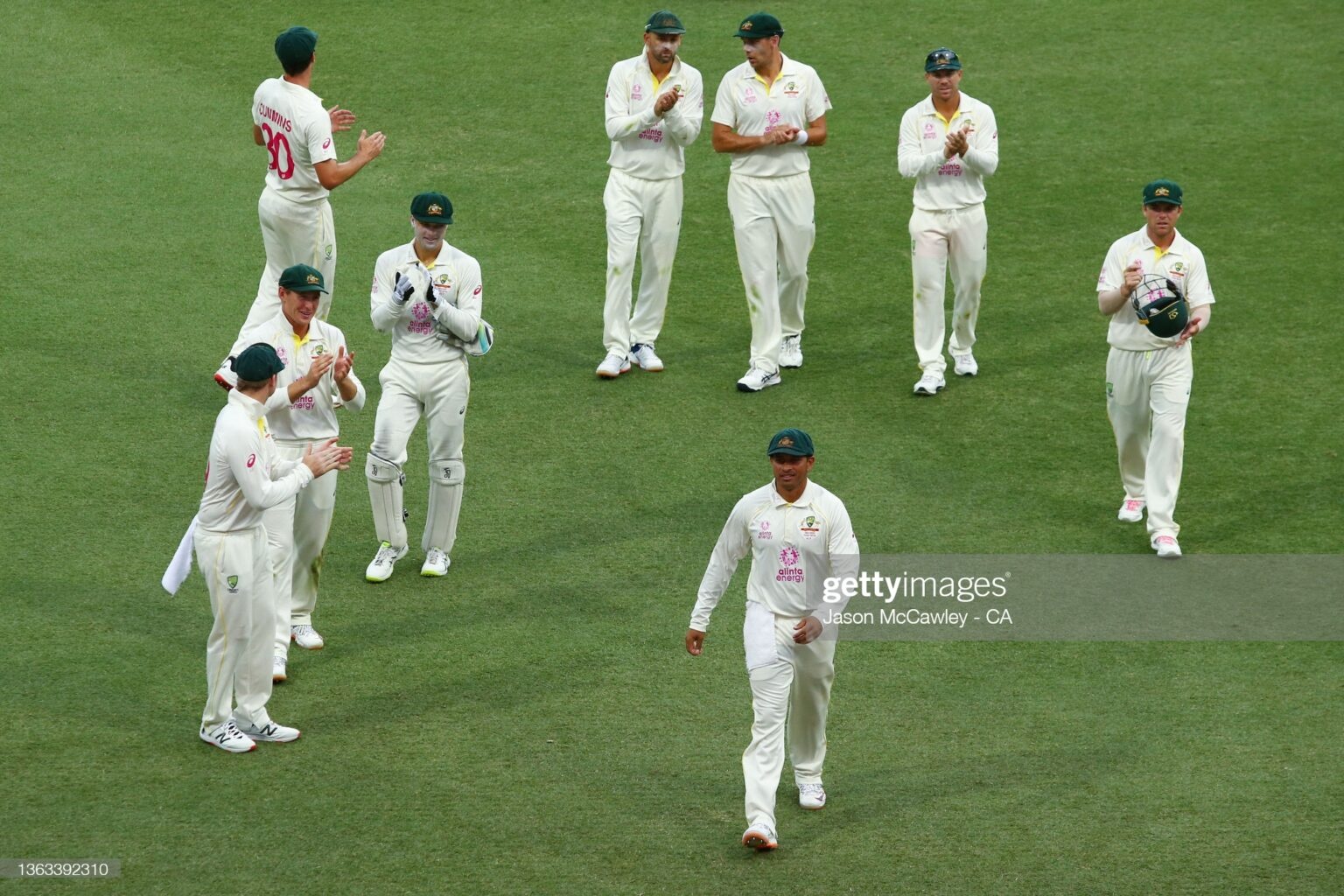 History is made with the selection of Australia's Test squad

George Bailey spoke to the media after selecting Australia's Test squad for Pakistan, the series is the first without Justin Langer as coach.

History is made with the selection of Australia's Test squad

George Bailey spoke to the media after selecting Australia's Test squad for Pakistan, the series is the first without Justin Langer as coach.

The coach is gone but the cricket remains with Australia selecting a squad for the upcoming three-Test series against Pakistan in Pakistan. Interim coach Andrew McDonald is expected to coach the side for this series with a full-time coach still yet to be named.

This will be Australia’s first tour to Pakistan since 1998, with confirmation of the tour coming last week during the same board meeting where Justin Langer’s contract extension was offered.

This is Australia’s first overseas Test tour in almost three years, their last being the successful retention of the Ashes in 2019. Since that date tours to both South Africa, Bangladesh and Sri Lanka have all been cancelled, it finally looks like Australia is getting back to being a responsible global cricket citizen.

It’s been a long road for cricket in Pakistan and this is the cumulation of a lot of work by the PCB and the Pakistan government led by former Pakistan cricket captain Imran Khan.

Security will obviously be at the top of the players’ minds and while some speculation has been had about players pulling out today's squad announcement proves that all the players are on board.

"Clearly there is some anxiety about touring which I think is perfectly natural given an Australian team hasn't toured Pakistan for almost 25 years," Australian Cricketers' Association chief Todd Greenberg said on Monday to SEN.

"We may have one or two players who won't be comfortable despite all of the advice and guidance that we provide. Along with Cricket Australia, we'll need to respect those players and give them our full support if they decide not to make this tour."

George Bailey also spoke to the media about the squad he selected including touching on the issue of security.

ANALYSING WHICH AUSTRALIANS WILL BE PICKED UP IN THE IPL AUCTION

AUSTRALIA CANTER PAST ENGLAND IN ODI AFTER RETAINING ASHES

Jhye Richardson is the only one from the Ashes squad to not be picked, he is focusing on recovery from previous injuries with the idea being to have a ten-year Test career.

Marcus Harris continues in the side even after being dropped for the fifth Ashes Test, in some ways it’s just a lack of opening options that keeps him in the squad, it is fully expected that Will Pucovski will come into the Test squad in time.

George Bailey is of the belief that Will Pucvoski is taking a longer route to get back in Aussie colours.

"It's a longer journey for Will, I'm excited that's he's back and getting some runs under his belt and back for Victoria but it will be a long journey. It's been a long time since he's played, fingers crossed he gets the rest of the shield season in.

"Marcus Harris is the backup opener and he got better and better as the tour went on. David Warner and Usman will start but we are aware that they are reasonably old so we are conscious that the specialist opening role is key and we are focused on developing that." Bailey said of Marcus Harris keeping his spot in the squad."

Most interestingly Usman Khawaja is set to tour Pakistan for the first time in his international career. He was born in Pakistan before moving out to Australia as a young boy, it will certainly be a special moment for the batter who has reached some amazing heights in his return to the Australian Test side during the Ashes.

Ashton Agar comes into the squad to add another spin option joining Nathan Lyon and Mitch Swepson as the spin bowlers. He may not be needed though with the expectation of pitches being good for quick bowlers.

Agar’s selection may well be looking forward to the Indian and Sri Lankan tours where a third spinner will be required. George Bailey talked about the spinners and the need for quality spinners.

"All three are capable of Test cricket we don't know about conditions but the first-class data we have been looking at suggests one pitch will suit the fast bowlers and Karachi will take some spin.

"I'm not entirely sure what to expect but in some of the subcontinent tours there have been opportunities for teams to exploit gaps in our squad, in this team, we have great fast bowlers with good all-rounder backup.

"We are confident if Swepson and Agar got the gig they would do a good job along with Marnus, Smitty [Steve Smith] and Heady [Travis Head] to bowl some overs."

"The subcontinent and away tours have become incredibly tough and that's for most touring Test teams.

"The conditions that we get we don't get exposure as often and it takes longer to build skill sets. From our point of view this is the first step on a lot of tours to the subcontinent.

"I'm hoping we can get some 'A' tours going and up and running in the near future and expose an even broader group of players to some of the subcontinent conditions and challenges."

Australia is set to jet off to Pakistan in a couple of weeks time before the first Test is played in Rawalpindi on March 4.