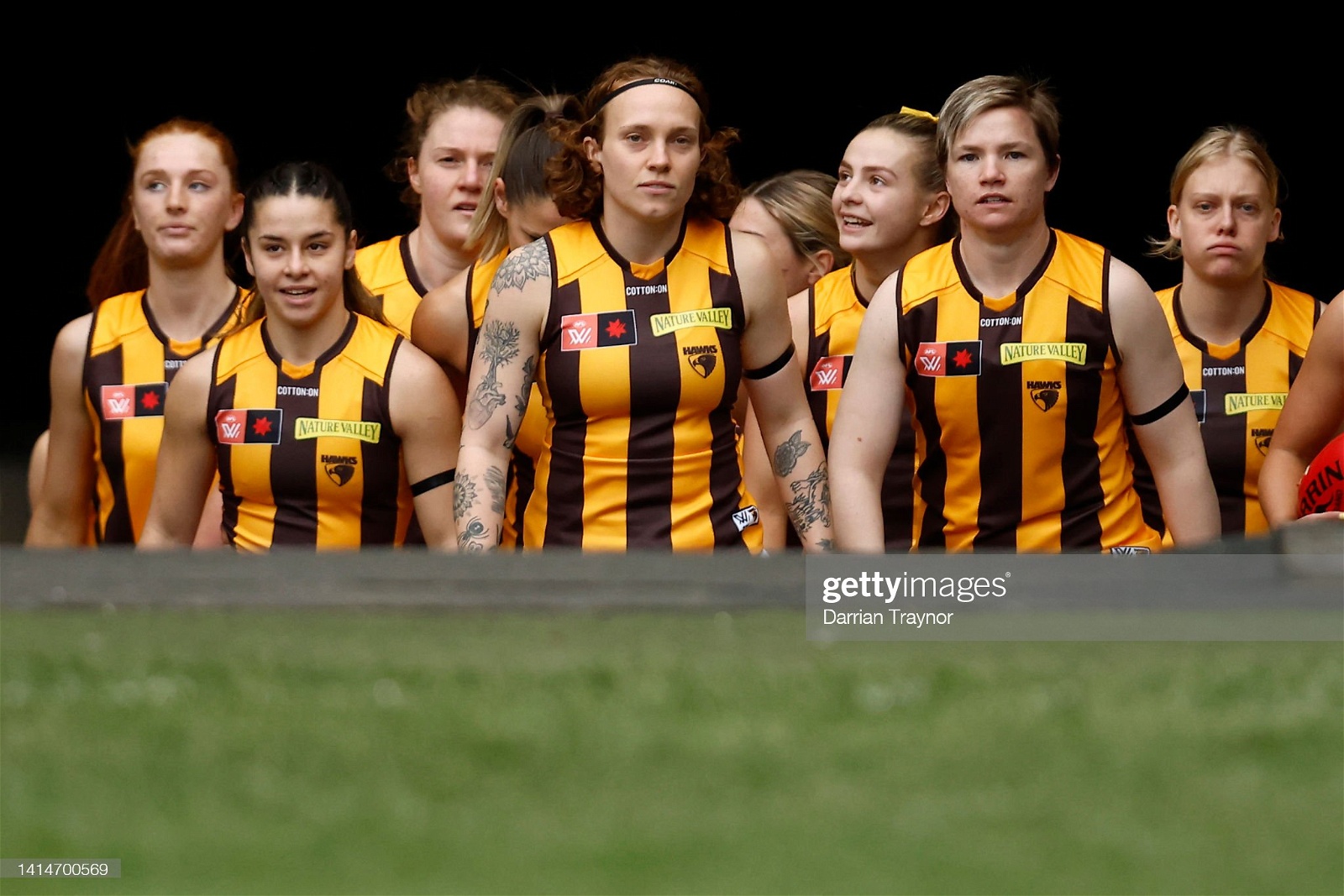 Hawthorn remains an unknown heading into its inaugural AFLW season, but with a premiership-winning coach at the helm, anything's possible.

Hawthorn remains an unknown heading into its inaugural AFLW season, but with a premiership-winning coach at the helm, anything's possible.

One of the four new teams to enter the AFLW for season seven, Hawthorn brings plenty of mystery revolving around the side ahead of its inaugural season in the competition.

Hawthorn has largely flown under the radar in the lead-up to season seven, though, at the same time, been unable to generate much hype and excitement. However, compared to the other expansion teams, this lack of build-up could see the team surprise and succeed and use that to their advantage.

Hawthorn played Richmond on the MCG in the side's first official practice match in preparation for its first-ever AFLW fixture against Essendon in Round 1. The Hawks went down to the Tigers by 44 points, kicking just one goal for the match - through Dominique Carbone in the fourth term.

The Hawks were able to ease themselves into the game against an AFLW side that has been in the competition for three years now. After starting slowly, the likes of Jess Duffin, Tilly Lucas-Rodd and Tamara Luke provided a spark down the spine throughout the game for the Hawks.

Earlier in the month, Hawthorn also travelled to Mineral Resources Park in Perth to take on West Coast in a practice match, going down by 29 points.

The Hawks announced former Crows 2017 premiership coach Bec Goddard as its head coach in August last year. More recently, Goddard has been the head coach for Hawthorn's VFLW side since 2019.

Bridget Deed was Hawthorn's first AFLW signing, coming from the club's VFLW program, along with eight other Hawthorn AFLW players having made a move to the national competition from the state league, highlighting the club's focus on its women's programs, pathways, and success.

In the early stages of the team's list development, the Hawks found plenty of experienced AFLW players and state-league players. Kaitlyn Ashmore (North Melbourne), Jess Duffin (North Melbourne), Tilly Lucas-Rodd (St Kilda), Akec Makur Chuot (Richmond), and Sarah Perkins (Gold Coast) entered via the trade period, each player having previous high-class experience at the top level and should provide support and encouragement to a young side.

Continuing to build their list, the Hawks had seven picks in the draft, including four inside the top ten. Midfielders Jasmine Fleming and Charlotte Baskaran went at pick two and nine, respectively, while the side added plenty of defensive assets to the squad.

Suppose the recent pre-season outing against the Tigers indicated how difficult their inaugural season might be. In that case, the Hawks will need to work out how to generate forward entries - and scores -, as well as holding up down back and not allowing opposition teams to kick away early and with ease. But there's enough experience at both ends where the Hawks will be hoping it becomes easier to control as the season properly begins.

With a talented forward line that includes Perkins (25 goals in 35 games), former Demon Tegan Cunningham (25 goals in 32 games) and former Saint Kate McCarthy (18 goals in 39 games), the goalkicking ability is there. When in possession, the side's midfield unit can create space and entries inside 50 and, at the same time, can go the distance themselves, as Hawthorn's VFLW side last season saw plenty of goals kicked by midfielders drifting down the ground.

Similarly, Hawthorn's backline has experienced AFLW players in Duffin, Makur Chuot, and former Giant Louise Stephenson. All three aforementioned players are great at rebounding the ball from defensive 50 and keeping up the pressure on the opposition, with Duffin intercepting multiple shots at goal during the recent hitout against the Tigers. While neither has an exceptional height advantage, each can be dangerous around the ball and help avoid and limit opposition possession and scoring.

Hawthorn didn't quite land the star power through the trade period that its other expansion sides did, leading the club to recruit younger players more so and build a list that could contend in a few years, should the players stay and work together well as a team.

With Hawthorn's list, many players are between the ages of 17 and 22; however, with the likes of Ashmore and Perkins at the club, the knowledge they and the other experienced AFLW players will bring and impart on a young group will be invaluable down the line and go a long way to laying the foundations of future success.

The fact that a core part of this group have come from the club's VFLW program should do well to generate some momentum and know how each other plays, and through Goddard's playing style. The only thing holding many of the playing group back will be the adjustment to the top level of women's football.

In the 2022 NAB League, Fleming averaged 25.7 disposals, 3.2 marks, and 4.8 tackles. Her strength was forward movement, with 4.2 inside the 50s while kicking three goals, the season-ending in selection to the Under 18 All-Australian team.

Against the Tigers, Fleming showcased her ability to read stoppages, win the contested ball, and provide an option through the middle, things that the Hawks will rely on her for throughout the coming season.

It will take some time for the Hawks to put together a well-rounded display with little hiccups, so patience is key for the mostly-young squad. The club will take comfort in having Goddard leading the group and knowing and understanding each other's roles as the season wears on. The Hawks come up against the other three expansion clubs throughout the season, which will be a telling sign of where they're at compared to those teams in the same bracket as them, first and foremost, before matching themselves up with the remainder of the competition.