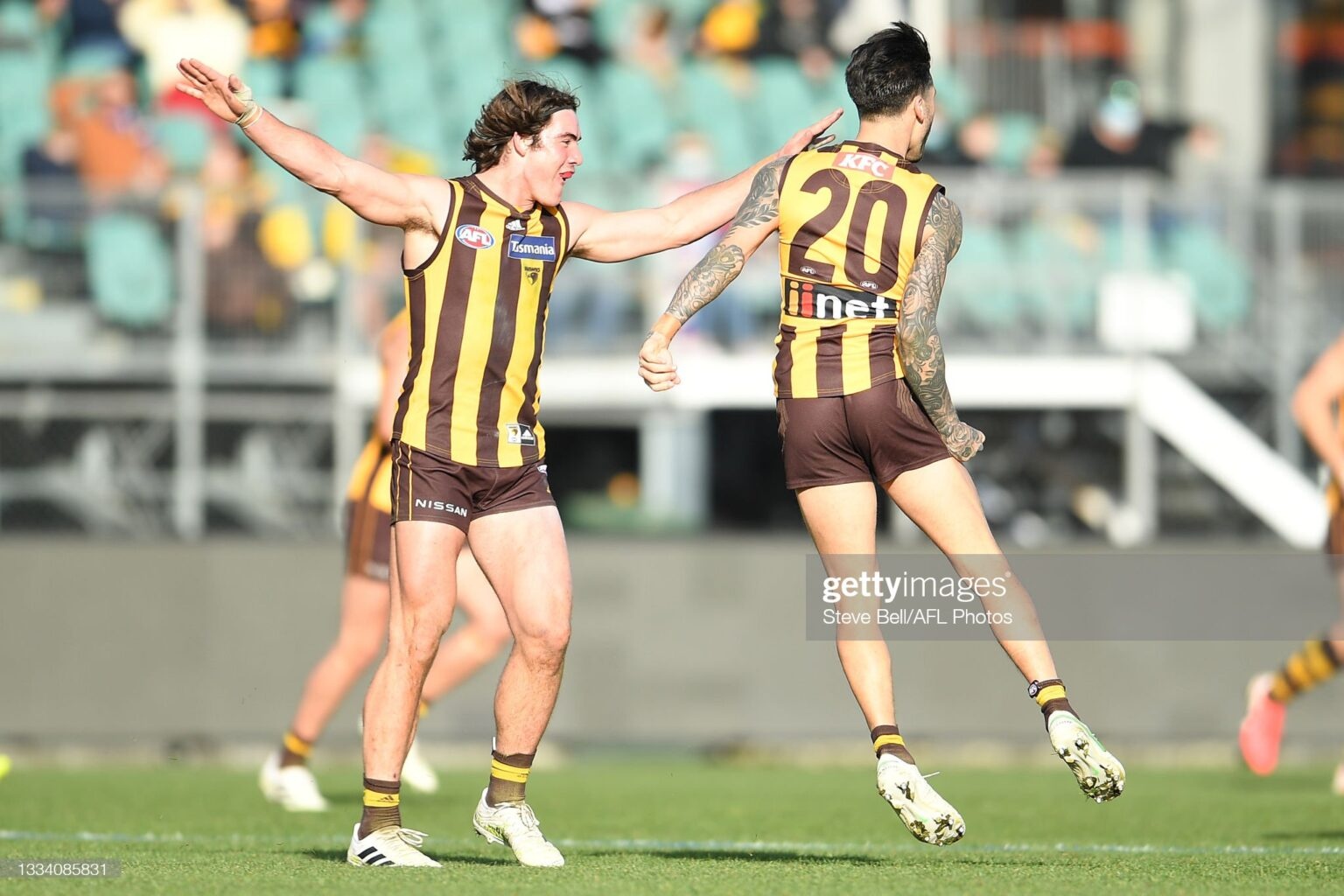 Hawthorn AFL Season Preview- The dawn of a new era

This season will mark a new era of the Hawthorn Football Club with legend of the club Sam Mitchell taking over from Alastair Clarkson as the Hawks coach.

Hawthorn AFL Season Preview- The dawn of a new era

This season will mark a new era of the Hawthorn Football Club with legend of the club Sam Mitchell taking over from Alastair Clarkson as the Hawks coach.

This season will mark a new era of the Hawthorn Football Club with a legend of the club Sam Mitchell taking over from Alastair Clarkson as the Hawks coach. Mitchell will be looking to start his tenure on a high, getting the club out of the bottom half of the ladder.

2021 wasn’t the season that the Hawks would have liked, only winning seven games across the season, although finishing the season on a high which they will be looking to capitalize on. Over the off-season the club opted for young talent, bringing in 23-year-old Max Lynch from Collingwood to fill the shoes of outgoing ruckman Jonathan Ceglar, then turning to the draft to assist with the club's rise up the ladder as they look to challenge for a premiership.

In the side's first hit out for 2022, they faced Collingwood in Morwell in which neither team could be split after the final siren, with both teams scoring 141 points at the end of the six-period match.

As many saw last season there is a big gap between Hawthorn's best and worst football, for Hawthorn to climb up the ladder in Sam Mitchell’s first season at the helm they’ll need to bridge that gap.

Having gone down to St Kilda by 69 points was certainly a low point but then beating the Bulldogs in Tasmania and Sydney in Sydney, was practically two different teams.

It certainly doesn't help with key players like Jack Gunston and Jack Sicily missing but from what the side showed towards the back half of the year. Being able to put together a consistent string of games will go a long way in seeing Hawthorn going back up the ladder.

How Did They Dd Last Year?

It was a rollercoaster of a season for Hawthorn with a slow start, only registering two wins until the midway point of the season. Although after the bye there were a lot more positives having beaten or really taken it up to some of the best in the competition including the eventual premiers in Melbourne, with the game ending in a draw.

Hawthorn's biggest strength going into this season is the young talent on its list, with emerging players having proven themselves across the last few seasons like Changkuoth Jiath having emerged as a key piece to Hawthorn's backline for future seasons.

Jai Newcombe impressing on his debut after being picked up in the mid-season draft also impressed in his debut season, Newcombe was setting records from his first game, setting an AFL record for most tackles in an AFL game with 14 in the sides match against Sydney which they went on to win by 38 points.

GOLD COAST AFL SEASON PREVIEW: WILL THE SUNS SHINE EVEN AFTER LOSING THEIR KING?

It may seem simple but one of Hawthorn's biggest issues last season was consistency both in matches and across the season.

The round one match against Essendon was a prime example when the side was blown out of the water by Essendon in the early stages and while they staged a stunning comeback, it wouldn’t have been necessary if they were able to keep up with Essendon for the match, Hawthorn had to widdle away a 39 point deficit, with Essendon scoring 66 points in one half of football.

It was a similar story in the side's five-point loss against Geelong, going into the three-quarter time with a 24 point deficit. If they’d had remained in the match for the second and third quarter where Geelong got on top of them, it could very well be a different story.

It’s also a similar story with Hawthorn's season, having had a rocky start to the season, The Hawks were able to turn it around towards the back end of the season, taking it up to some genuine threats in the competition.

They’d drawn against eventual premiers in  Melbourne and the current reigning champions in Richmond and had beaten the eventual grand finalists in the  Bulldogs. It genuinely looked like a new Hawthorn side, which certainly brings fans hope coming into 2022.

Josh Ward was Hawthorn's first selection in the 2021 AFL draft and is poised to be a quality player for the club for many years.  A midfielder who can bring that element of class in the sides stoppages and can combine nicely with the likes of Tom Mitchell.  He started his time in brown and gold with a bang, taking out the club's first time trial in early December.

It’s going to be an interesting first season for new coach Sam Mitchell, with the club looking to climb up the ladder after a disappointing 2021. The likes of Ben McEvoy, Tom Mitchell, James Sicily and Chad Wingard will have to step up and mentor these young and up and coming players. While the club is looking to be back in September action, this season will be all about building the foundations for Mitchell's time at the helm of Hawthorn.