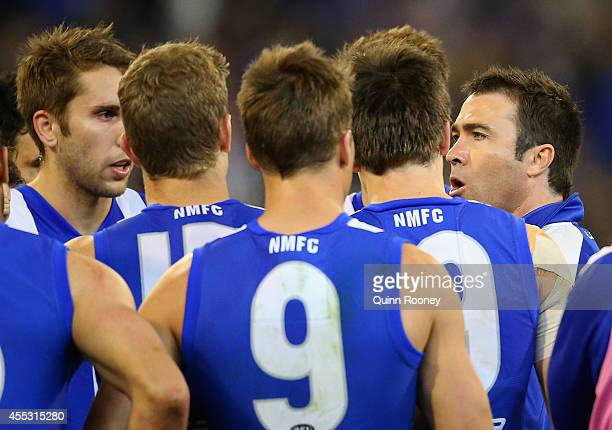 The top five Semi-Finals of the 21st century

We are now into the second week of finals, and with the first week being one of the best ever, we look at five of the best semi-finals of all time.

The top five Semi-Finals of the 21st century

We are now into the second week of finals, and with the first week being one of the best ever, we look at five of the best semi-finals of all time.

It was a game that typified the slow-moving and defensive brand of football that was prevalent through the mid-2000s, primarily driven by the Sydney Swans, and Paul Roos' game plan. Up until the midway point of the final quarter, the Swans had kicked just three goals, but a quick succession of goals saw them run over the top of the Cats.

It wasn't as if the Swans came back from nowhere though, with the side having seven scoring shots in the third quarter before eventually taking the win. The match certainly wasn't one of the most speculator to view for the first three quarters, but that slow build-up led to that almighty climax for the Swans.

Both sides went for a man-on-man style defence with Gary Ablett, Steve Johnson and James Kelly applying forward line pressure with their men in the middle trying to get past the Swans' centre pressure. Adam Goodes was the one to lead the Swans in the middle, with him trying to play on Cameron Mooney and Cameron Ling simultaneously before his job became a full-time tagging role on Ling.

The Cats took a four-point lead into the first quarter break with the Swans going goalless in the second quarter, before kicking one goal and six behinds in the third to have the Cats 17 points ahead at the final break. But once again, the Swans' defence allowed them to stay in the game before Nick Davis kicked a massive snap around his body to seal the game with for his fourth goal of the match.

While Geelong would go on to win the Grand Final a couple of years later, it was Sydney who went on to beat St Kilda in the preliminary final before getting past West Coast in another low-scoring match to take the 2005 Premiership.

In contrast to how the Swans played their football, the Crows and Demons kicked 37 goals between them in an absolute thriller at the MCG. The Crows came out of the gates quickly, kicking eight goals in the first term, with six unanswered before Travis Johnstone could kick the Demons' first of the term.

The Demons were able to get back on top in the second quarter, with legend David Neitz kicking two quick goals to start the second term. The Demons got some rhythm back thanks to goals to Brad Green, Adam Yze, Cameron Bruce, and two from Peter Vardy, getting the margin to within eight points. The Crows managed the last two goals of the quarter, while a couple of misses from the Demons saw them trail by 17 points at half time.

The third quarter saw the Demons take the lead for the first time, though it came at a cost, with defender Nathan Brown ruled out with a hamstring injury. Peter Walsh kicked his second goal late in the term to complete a 68-point turnaround in two quarters.

Although the Walsh major saw the Demons with a 28-point margin, it wouldn't be enough though, with Andrew McLeod coming back onto the ground, parking himself at full forward and sparking a revival. The Crows went to kick seven of the final eight goals of the match - including two fourth-quarter goals to both Mark Stevens and Tyson Edwards - to come away 12-point winners.

Unfortunately for the Demons, their inaccuracy would defeat them in the end. At the end of the second quarter, the Demons had 18 scoring shots to the Crows' 15 and then 33 to 30 at the final siren. The Demon's last quarter saw them kick just one goal one, it being one of their worst quarters of the year.

Melbourne fell off a cliff in the coming years, while Adelaide was also the end of being a genuine contender for a short period at least. Adelaide would go on to lose to Collingwood by 28 points in the Preliminary Final.

There seems to be a consistent theme in these matches, and that is massive comebacks. That's again the case in this match, with Hawthorn coming back from a three-goal deficit to get over Port Adelaide and push its side towards a preliminary final.

The Power had been there or thereabouts for several years, which continued in the years after this match that saw them get an early lead at home. Port Adelaide kicked three goals and one behind to Hawthorn's one goal and one behind in the first quarter to set up what should have been a comfortable last three quarters.

The Hawks though, were not ones to give up easily, and the heroic John Barker led his way in the final quarter to get the Hawks over the top. With the Hawks having just kicked five goals through the first three quarters, they dug deep, proving they were fitter than the Power, who struggled to run through to the end of the match.

John Barker kicked the sealer at the 25th minute of the final term, while Shane Crawford was also critical for the Hawks, kicking one goal himself and having 22 disposals to lead his side to the win. Across the board, the Hawks lead all categories except that of goalkicking accuracy. Thankfully for them, that changed in the final term.

It may have been a long time since we have seen North Melbourne in the finals, but this match saw the side get over the top of one of the greatest teams of the modern era. While the Kangaroos led all night, they had to dig in the final term to hold back the Cats on the attack in the last term.

Lindsay Thomas got the Kangaroos off to a quick start, with all three of his goals coming in the first term. Nick Dal Santo massively helped him in the middle alongside Brent Harvey, who continued to show that he could compete with the best at the back end of his career.

Drew Petrie, who is one of the most underrated forwards of the modern era, was critical for the Kangaroos early, kicking four goals in one of his best performances for the club. North Melbourne's defence also needs to be praised as well, particularly for its work in the second quarter, keeping the Geelong forward line goalless in that term.

The Kangaroos had a 32-point lead at the 14-minute mark of the final quarter but then entered Tom Hawkins. The big Geelong forward kicked three goals in quick succession, and along with one to Jimmy Bartel, it saw the Cats within a goal of victory with only a few minutes to go.

Ultimately though, the Kangaroos were able to hold on with four minutes left on the clock to keep hold of their lead and set up a Saturday Preliminary Final against the Swans a week later. While it remains the most recent time we have seen the Kangaroos in the finals, it proves that if Alastair Clarkson gets it right, there is plenty of appetite for a strong Kangaroos side.

While Geelong would remain at the top of the ladder for many years to come, we have all seen what has happened to North Melboure since its 71-point loss to the Swans in the Preliminary Final the following week.

Once again, a massive comeback made this game so exciting as a viewer. Collingwood had to make five changes to the team that lost to St Kilda the previous week, and Adelaide pounced on that early before eventually giving up its lead in the third quarter.

Th Crows got off to a quick start in this match, with Kurt Tippett kicking the first goal of the match, and helping to give them a 29-point lead at the first break. The match then slowed down as the Magpies found their feet to keep the margin at 24 points going into the halfway point.

Whatever was in the Collingwood half-time oranges clearly worked because the team came out firing in front of more than 60,000 fans at home. The Magpies' six unanswered goals in the premiership quarter ensured that the match would go into a tense final quarter with the home side in a confident position, ahead by 10 points.

The Collingwood goalkicking was shared around well, with only Ben Johnson and Brad Dick kicking multiple goals through the match. In the final quarter, though, it was Adelaide who kicked the first three goals before Brent Macaffer tied the game, and Jack Anthony kicked the sealer from a controversial free kick with only a few seconds left on the clock.

Collingwood would then play Geelong the following week, going down by 73 points before Geelong went on to win the Grand Final against St Kilda. Adelaide would go downhill slightly before coming back into finals contention a couple of years later.