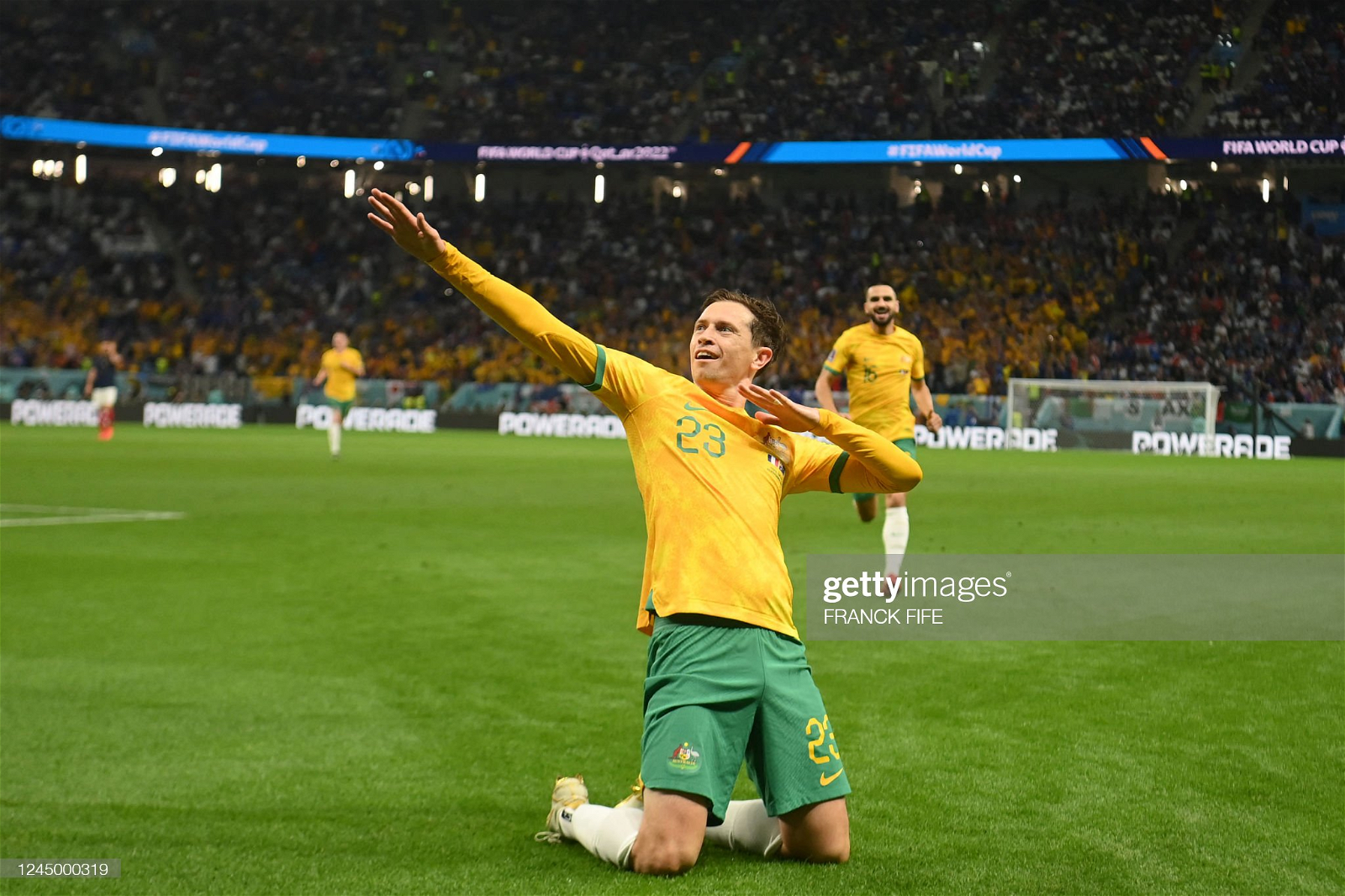 The Socceroos faced world champions France in their opening game of their World Cup campaign and came off a little worse for wear, losing 4-1 despite an early Craig Goodwin goal giving them the lead.

The Socceroos faced world champions France in their opening game of their World Cup campaign and came off a little worse for wear, losing 4-1 despite an early Craig Goodwin goal giving them the lead.

Bleary-eyed Australians across the country got out of bed, daring to dream this morning. That’s because Australia’s national team, the Socceroos, were taking on world champions France in the FIFA World Cup at the Al Janoub Stadium in Qatar. In a cruel twist of fate, it was the second consecutive World Cup the Socceroos had drawn Les Bleus in their opening World Cup finals match.

The early stages were a nervy affair for Aussie fans, as the game settled predictably and France dictated play. Australia looked out of their depth. Nine minutes in - that all changed.

A blistering counterattack down the right wing released Melbourne City winger Matt Leckie. Leckie beat his opponent and released a ball across the box to Adelaide United’s Craig Goodwin. Goodwin made no mistake, rocketing the ball past Hugo Lloris in the French goal and giving Australia an unlikely 1-0 lead. The nation erupted.

Goodwin aptly celebrated Australia’s quick start and early goal with a celebration that reminded us of Usain Bolt. However, that was as good as it got for the Socceroos in the first half.

France flicked a switch after going behind. They were dominant on the ball before the goal, and they ramped up their domination right up after falling behind. Australia was under siege. The French domination paid off for them as Theo Hernandez played the ball into the box and Adrien Rabiot rose highest to nod France level.

The reigning world champions were not done yet. France was toying with the Australian defence, and just five minutes after they drew level, they were ahead. Goalscorer Adrien Rabiot turned provider with a simple cutback to Olivier Giroud. Giroud made no mistake as he slotted the ball past Mat Ryan in the Australian goal to give France the lead.

The rest of the first half followed a similar pattern, as Graham Arnold’s men struggled to cope with Les Bleus. Kylian Mbappe, Olivier Giroud and Antoine Griezmann all had chances you would usually expect them to take.

Jackson Irvine saw a nation rise as one at the tail end of the first half. A rare Australian attack saw him hit the post with a header that had Hugo Lloris beaten.

The pressure mounted in the early stages of the second half. France was relentless in attack. Graham Arnold turned to his bench, taking off Mitch Duke in favour of the Central Coast Mariners’ Jason Cummings.

It was to no avail. France’s dominance continued and despite some brave defending, including a goal-line clearance from Aziz Behich, the dam broke. First Kylian Mbappe scored a deserved goal from close range after being set up by Ousmane Dembele. Minutes later Olivier Giroud broke the French national team goal-scoring record previously held by Thierry Henry. It was 4-1, and all hope was lost.

Graham Arnold rolled the dice and turned to youth. Off came goal scorer Craig Goodwin and Riley McGree and on came Awer Mabil and Garang Kuol. Didier Deschamps also turned to the bench, bringing on Kingsley Coman and Youssouf Fofana, showing the difference in depth between the two squads.

The final fifteen minutes were played with an air of inevitability. France continued to create chances. A heavy touch prevented Kylian Mbappe from doubling his goal tally. Graham Arnold utilised the extra substitutions allowed at this World Cup. Jackson Irvine and Nat Atkinson came off for Keanu Baccus and Milos Degenek.

The match finished 4-1. You could argue the Socceroos scored too early. The truth is France probably had more skill left on the bench than we have ever produced in this country, and that showed across the 90 minutes.

Australia faces Tunisia in their next group stage match on Saturday night, 9 PM AEDT. That match is crucial to any hopes the Socceroos have of making it out of the group stage. France faces Denmark in their next fixture at 3 AM AEDT the following morning.

For all your World Cup news, reviews, analysis and interviews, check out the Australian World Cup Podcast.