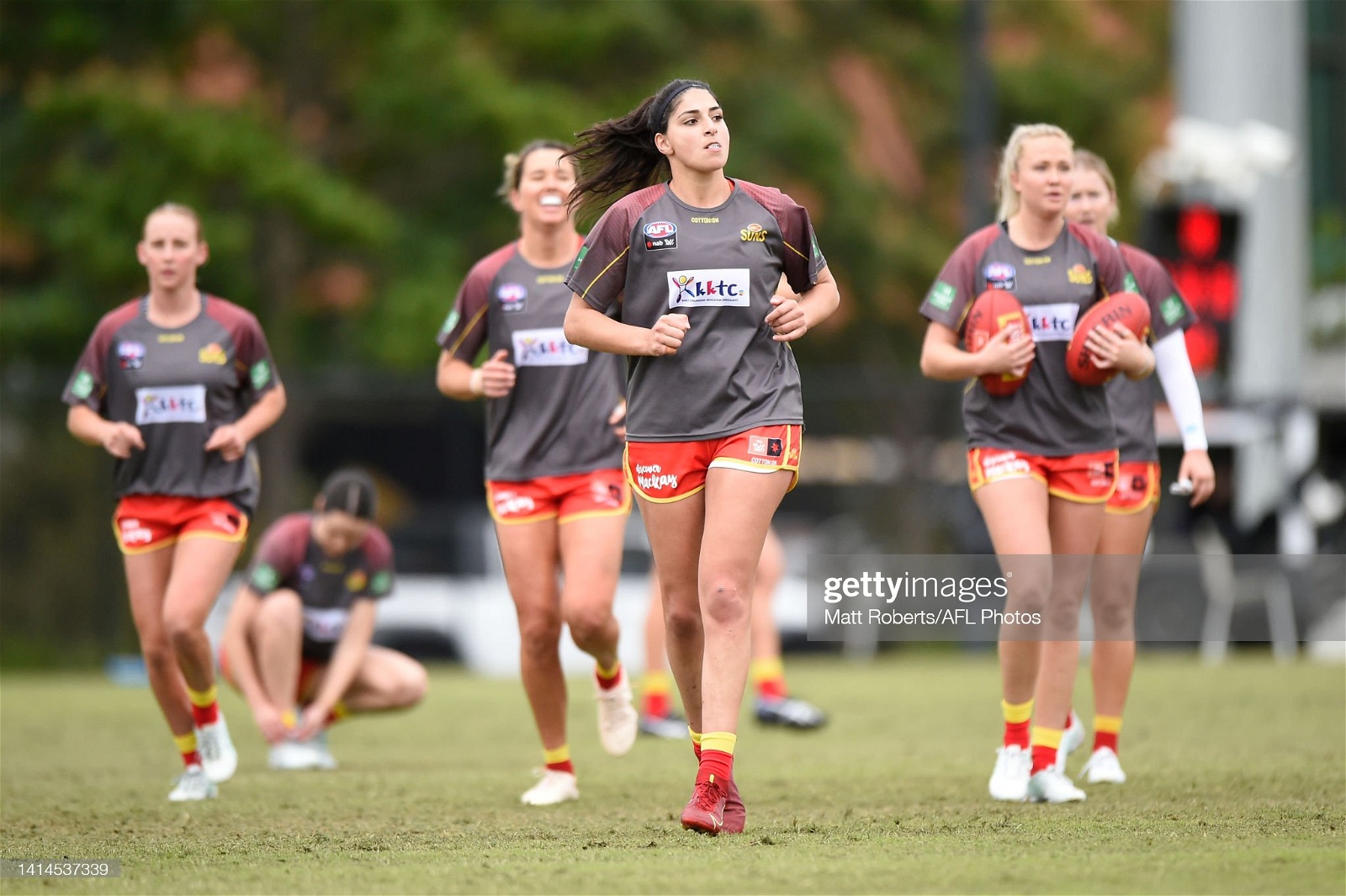 Ravaged by the expansion sides, the lack of continuity at the Gold Coast Suns will make it challenging to continue their momentum after three wins last season.

Ravaged by the expansion sides, the lack of continuity at the Gold Coast Suns will make it challenging to continue their momentum after three wins last season.

After such a promising start to 2022 and a solid three win season, it may be a matter of taking steps back to go forward for the Gold Coast Suns in season seven.

There has been a host of changes at Gold Coast ahead of season seven, the club’s fourth since joining the league as an expansion side in 2020.

Nine players have left; five of whom returned to South Australia to play for Port Adelaide, including former captain Hannah Dunn.

Such changes have opened up opportunities for rising stars to elevate themselves into bigger roles, including the appointment of a new captain - season six recruit Tara Bohanna.

In a wet preseason match against Geelong, Gold Coast was well short of the mark, losing by 35 points. Much of the damage was done in the second quarter, when Gold Coast leaked five goals, while failing to put one of its own on the board until the last term.

It was an improved season from the Suns earlier in 2022, their first under new coach Cameron Joyce.

The Suns had three wins over lower finishing sides and drew with the Western Bulldogs, 41-apiece, after not winning a game in 2021.

Their best game of the season was a five point win over the Tigers. Overcoming an eight point deficit in the final term, with Bohanna (two goals) and Sarah Perkins (one goal) crucial in the win. It was also the first time the team had wins back-to-back, after they beat the Eagles in their previous outing.

Season six saw strong progression in the Suns’ game plan and movement of the football. Early on, it even seemed they’d be in the hunt for finals, however, they fell away and out of contention.

Considerable improvements as a side might be challenging to come by in season seven, given the list turnover.

The goal should be to stay competitive in matches, and for individual players to develop with the increased exposure they will no doubt now get.

The midfield is where the Gold Coast Suns remain most intact after the off-season list changes. The club even brought in new players, like Tasmanian Claire Ransom, who will likely get an opportunity up front to debut.

The Suns’ ruck combination of Lauren Bella, alternating with Jacqui Dupuy, are always up and get first use for their midfield.

Losing key players and your captain cannot be understated. While the list changes create opportunities for emerging players, the experience and talent that has left the side puts the Suns in quite a predicament.

Lack of experience is certainly the biggest weakness right across the ground, and one of the concerns is that if the Suns don’t start competitively, huge blowouts could happen. After improving so much to start last season, it will feel like the team is going backwards.

The Suns were given three priority picks to take players at the draft who have AFLW experience and were delisted by other clubs. However, these leaders on the ground can only do some much.

After missing the better part of two seasons, Annise Bradfield returns to AFLW from an ACL tear she suffered in Round Two of the 2021 season.

Still just 19 years old, the Suns Academy product was Pick Seven in the 2020 AFLW Draft and debuted at her very first opportunity.

After four years in Suns Academy, two in the AFLW Academy, working towards playing AFLW, the injury was a particularly disappointing blow for Bradfield.

She has shown herself to be a tough inside midfielder, and she got on the end of the Suns’ first goal in their preseason match against the Cats.

Bradfield is an exciting one to watch, as she returns to the fold and can show off her skills this season.

It will likely be a case of taking steps backwards to go forwards in 2022 for the Suns. They have lost continuity due to the competition’s expansion and will struggle to continue what they started last season/

It’s hard to see the Suns picking up more than a couple of wins, but even those might be tough to find.