On this week's episode of Goals on Film, the team discuss 1998 sports comedy film, BASEketball. 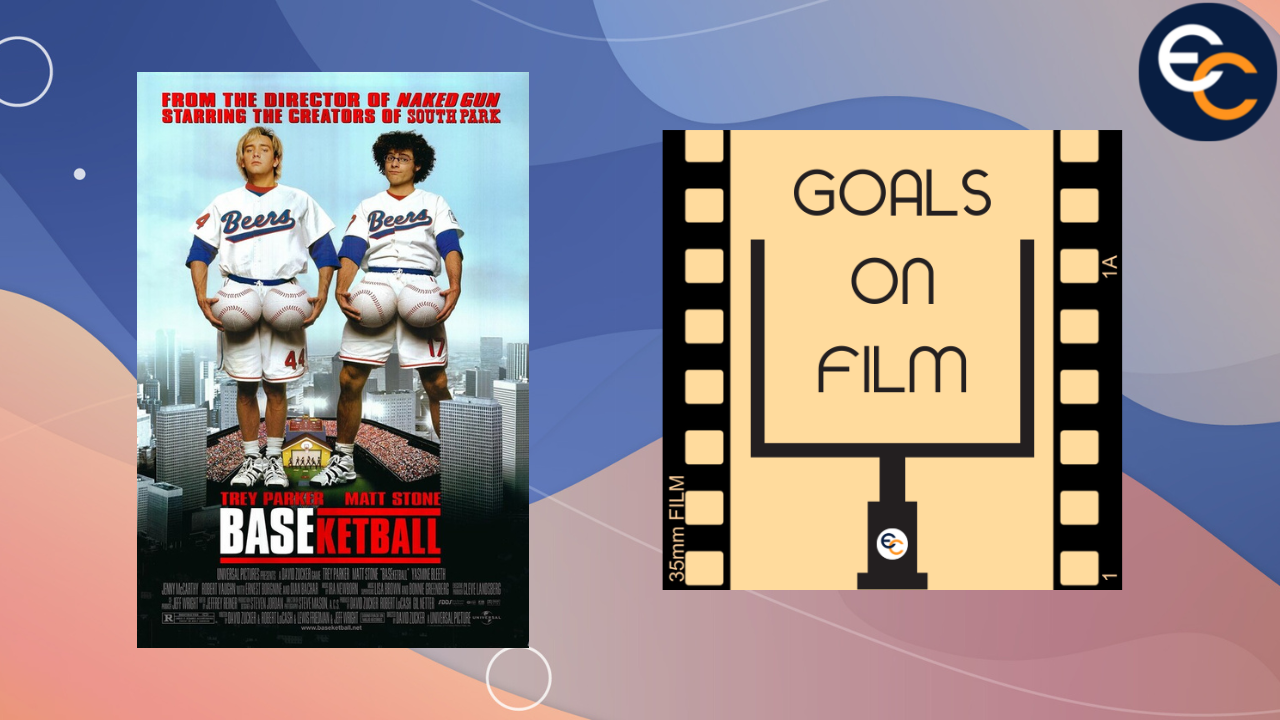 BASEketballis a film about two childhood friends, Joe Cooper (Trey Parker) and Doug Remer (Matt Stone) who create a new hybrid sport; baseketball, a mix of baseball and basketball. The driveway game gains a following and momentum as the pair is approached by businessman Ted Denslow (Ernest Borgnine) with a proposition to go professional. Cooper and Remer, along with Kenny Scolari (Dian Bachar) make up the Milwaukee Beers, who compete in the National BASEketball League.

After Denslow passes away, the franchise is left to Cooper, on the condition the Beers win the next Denslow Cup. Dallas Felons owner Baxter Cain (Robert Vaughn), who wants changes made to the sport, tries to thwart any attempt of the Beers winning, including messing with the boys' love interest, Jenna Reid (Yasmine Bleeth) and her Dreams Come True Foundation, however, everyone makes up as the Beers win on a risky last throw.

Goals on Filmdiscuss the origin and concept behind the hybrid sport including the idea of pysch-outs, the film's effect in popular culture as well as any attempts to recreate the sport, and the acting performances of the cast lead by two newcomers to film, Parker and Stone, the creators ofSouth Park.