On this week's episode of Goals on Film, we take a look at the biographical baseball movie 42, the story of Jackie Robinson. 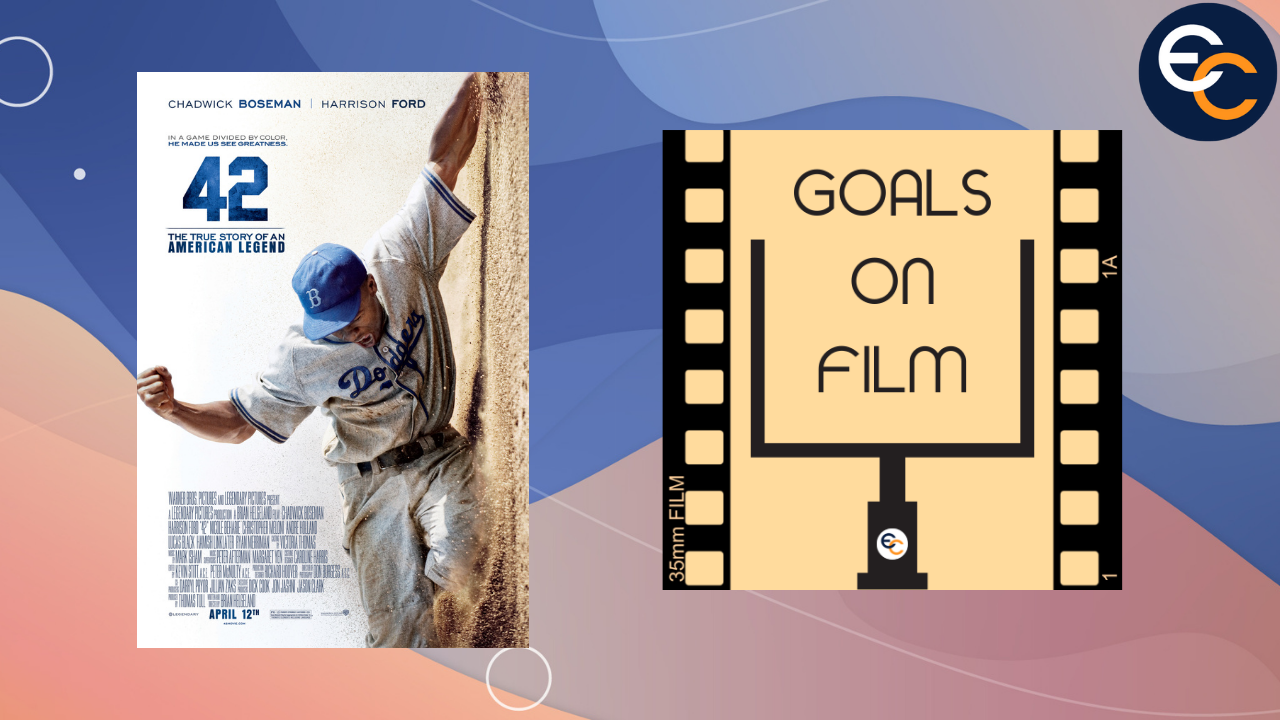 On this week's episode ofGoals on Film, Jason, Stuart and Jess discuss42, the 2013 bipgraphical sports film telling the story of Jackie Robinson, the first black baseball player to play Major League Baseball in the modern era.

42is a film based on the life of Jackie Robinson (Chadwick Boseman), the first black baseball player to play Major League Baseball in the modern era and tells the story of his journey of making his debut for the Brooklyn Dodgers, and all the hardships he had to endure with the public and baseball community and their indifferent views at the time.

The film depicts Robinson's life as a baseball player throughout the late 1940s, and, with the backing of Dodgers owner Branch Rickey (Harrison Ford), he's able to work his way up to the main squad, while facing targeted discrimination and harassment, but shows strength and adversity as he continues to play the game in the face of comments and criticism.

Goals on Filmtake a look at how true the movie was to Robinson's life, and how small inconsistencies weren't detrimental to the adaptation of his story, the performances of each actor's portrayal of the film's characters, the impact of Robinson's legacy in baseball, and how he is still is celebrated in today's game.