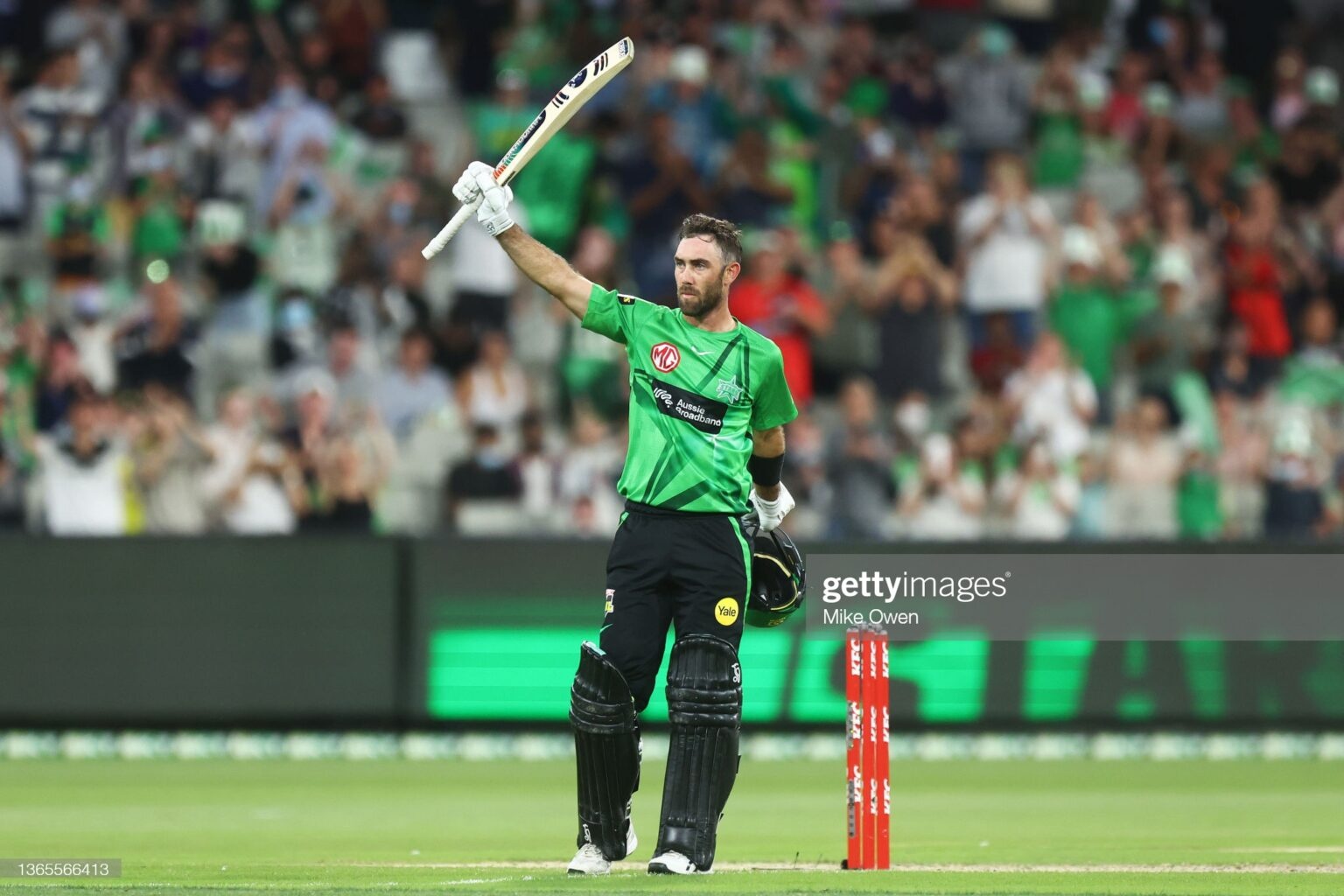 Glenn Maxwell was on fire for the Melbourne Stars as they ran home 106-run winners of the Hobart Hurricanes thanks to Maxwell's 154 not out.

Glenn Maxwell was on fire for the Melbourne Stars as they ran home 106-run winners of the Hobart Hurricanes thanks to Maxwell's 154 not out.

It was all Glenn Maxwell today as he opened the batting, going on to hit a massive 154 not out, leading the Melbourne Stars total the biggest domestic T20 total of all time. Unfortunately for the Stars it wasn’t enough to get them through to the finals as they fell one point short of fifth place.

Marcus Stoinis spoke post-match about the fact his team won’t play finals after this performance.

“[It's] pretty frustrating and it hurts more when we started playing so well at the end of the season and it hurts some more. Hopefully it’s a sign of things to come for next year.”

Matthew Wade, the Hurricanes captain won the bat flip, choosing to have a bowl, a decision that he was definitely regretting only a few overs later. Joe Clarke and Glenn Maxwell pumped every bowler out of the ground with the Hurricanes choosing to start with spin. The Stars set the biggest four-over powerplay score ever with a huge 63 without the loss of a wicket.

The big shots just kept coming with Maxwell bringing up his 50 from only 23 balls. Unfortunately Joe Clarke was gone quickly after for 35 from 18 followed by Nick Larkin who went for three from seven. At drinks, the Stars had the score on 130 and it looked like 300 was still on the cards.

The Hobart Hurricanes decided the X-Factor sub was the way to go with Jordan Thompson coming in for Will Sanders, it meant there would be a bit more pace on the ball and it paid off with him taking that wicket of Nick Larkin.

It meant Marcus Stoinis joined Maxwell and that meant the big hitting didn’t only continue but ramped up - he actually outscored Maxwell in terms of strike rate. It didn’t take too long for Maxwell to bring up his century from only 41 balls, which included a massive 14 fours and three sixes. The 150 was also brought up in that over from only 70 balls.

The ball continued to fly to all parts of the ground with every Hobart Hurricanes bowler going for at least 10 per over. Stoinis then took the front seat facing a number of overs in a row clearing the rope with ease. He was truly magnificent and simply took the game away from the Hurricanes.

The real story though is Glenn Maxwell, who's innings was the highest ever in the Big Bash, passing Marcus Stoinis’ 147 from 70 balls from BBL|09. The worst thing though is that the Stars won’t be playing finals so it’s all for nothing in some ways.

Glenn Maxwell spoke after the match about his innings but had great praise for his opening partner.

“We got away with a few early on and there was plenty of spin which we cashed in on. Might as well keep putting the pressure on and it was nice for it to come off," he said.

“Joe Clarke has stood up and after a slow start to the tournament is incredible. He was a tough loss to COVID but the way he’s stood up to be the keeper and to be a leader and to see his development has been awesome to watch.”

That being said it was truly an honour to be able to experience that innings even if the Hurricanes went in with a second-string bowling attack. Innings like that are extremely rare and only the best batters in the world can hit scores like that.

Marcus Stoinis was also of the belief that it was an hour to watch post-match.

“That was super special he was as calm as I’ve ever seen him in the middle, I think he’s found something" Stoinis said.

“I said, make the most of this and make as many as you can. Nice just to compliment Maxi he was the big show today.”

In the end the Stars finished on 2/273 it was always going to be too much for the Hurricanes and that proved to be true in the second half of the match.

CAMERON BOYCE SHINES, BUT THUNDER LEAVE WITH THE WIN

Ben McDermott went out with courage trying to take on the Stars bowlers, but the total was always going to be too much for the Hurricanes to chase down. Caleb Jewell went early for only three off the bowling of the up-and-coming Brody Couch. Jordan Thompson followed very quickly making only 11 from five balls.

McDermott continued to thrive consistently finding the rope and often going over it, he was supported firstly by Matthew Wade and then D’Arcy Short who continued his BBL|11 style of innings, just scoring above a run a ball.

Pete Handscomb chipped in with 28 before smashing a ball down to mid-wicket being caught by Maxwell on the rope. While there were some pretty bad shots by the Hurricanes they are hardly to blame with a chase of 273 always being too many.

That being said, McDermott went well, bringing up yet another 50 guaranteeing he finished as the top run-scorer for the year. He’s had a great season after missing the first couple of matches with a shoulder injury.  He finished on 55 from 33 balls to top score for the Hurricanes.

Ben McDermott reflected on what has been a breakout season and touched on the plan with the bat tonight.

“It was disappointing to have surgery coming into the tournament, but to bounce back was really nice. I’m proud of the way I came back and hopefully, we have a lot to come still" he said.

“There’s not a lot of times when it was too good for us, we have to come back on Friday, so we just tried to get some momentum together. It was the position we put ourselves in after winning against the Renegades.”

Brody Couch finished his season as the top ticket taker for the Stars in his debut season with three wickets tonight and 16 overall. It’s been a great year and he’s certainly one to watch going forward.

The BBL continues on Friday as the Hobart Hurricanes take on the Adelaide Strikers at the MCG in the eliminator final.