It's time fo the Giro Donne, formerly the Giro Rosa, as the women's peloton takes on the first of two big tests in a matter of weeks. 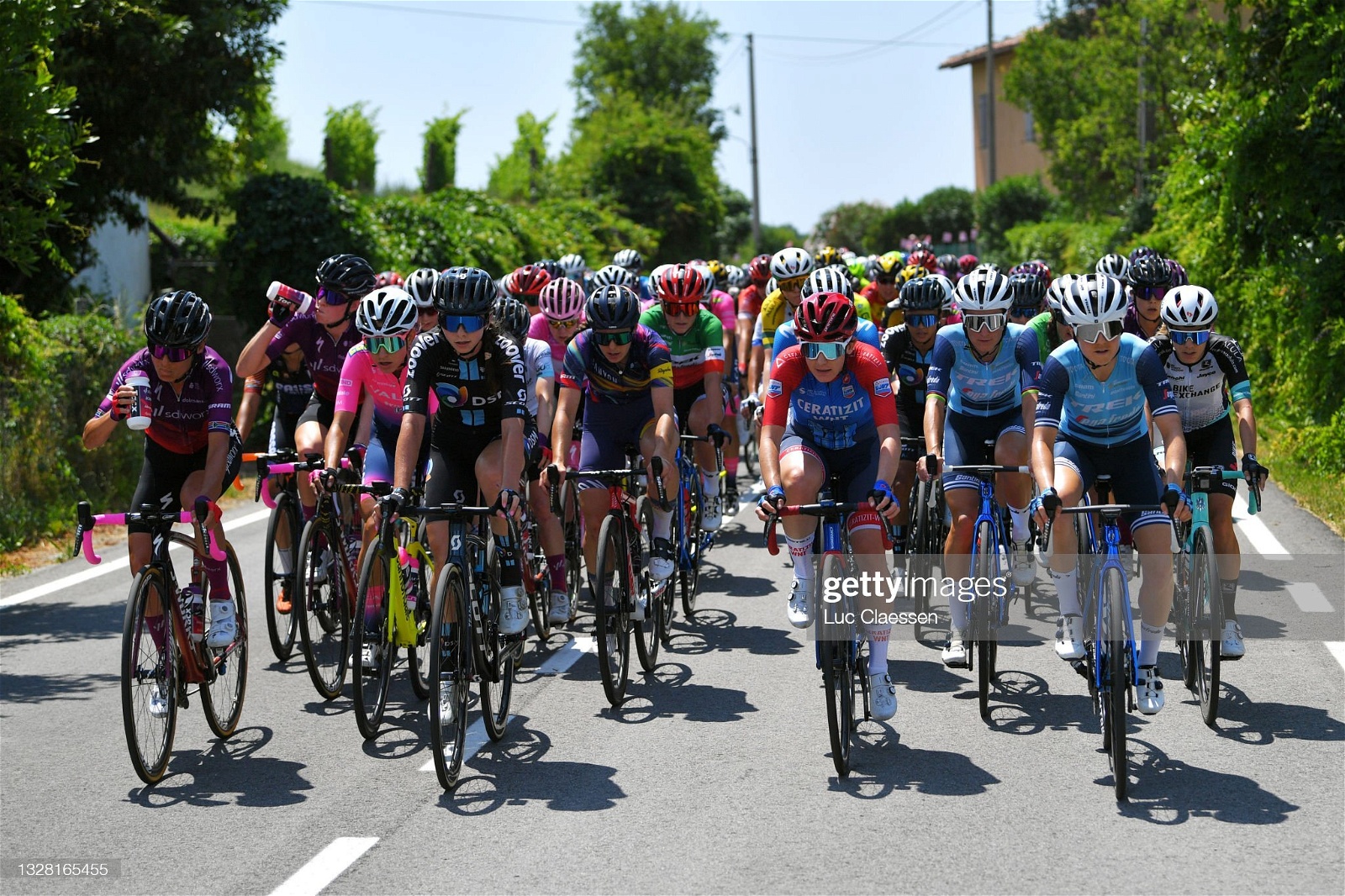 The Giro d'Italie Donne, the women's race will kick off with three days in Sardinia before the rest of the ten-stage race takes the race north to Padova.

In the longest race of the season for the women's peloton, there will be all sorts of challenges, from Classics-style days to sprint stages and summit finishes.

Annamiek van Vleuten (Movistar) is a two-time winner and will be hoping to make it three maglia rosas in her cabinet. She will be hoping to continue the strong pedigree of Dutch women at the Giro Donne, having had a Dutch winner every year since 2011 except 2013.

Anna van der Breggen, the defending champion has retired, and will not be racing, while podium finishers Demi Vollering and Ashleigh Moolman Pasio will also not be on the start line.

Elisa Longo Borghini (Trek-Segafredo) and Marta Cavalli (FDJ Nouvelle-Aquitaine Futuroscope) will be flying the flag for the Italians, as they look for a home win for the first time since 2008.

Amanda Spratt (BikeExchange Jayco) will be the best hope for the Australians, having finished on the podium in 2018 and 2019, and with Grace Brown not racing.

Brodie Chapman (FDJ Nouvelle-Aquitaine Futuroscope) will be racing in service of Marta Cavalli, and possibly Cecilie Uttrup Ludwig, helping her teammates on the flat stages and the Classics days.

Canyon-SRAM has doubled up with two Aussies, as Sarah Roy and Neve Bradbury line up. Roy will be looking to make an impression on the flat stages, while Bradbury will be lining up as a domestique for the team, looking to help make sure all goes well for the Canyon-SRAM team.

Alongside Spratt at BikeExchange-Jayco will be Georgia Baker, who has made a strong impression early this season. Baker may be given a licence in sprint stages, but will likely be tasked as a domestique throughout the race.

Lauretta Hanson will be working hard for Trek-Segafredo, helping Longo Borghini and Elisa Balsamo, depending on the day. She will be pulling long turns on the front and water duties to help the team run smoothly.

Stage 1 will kick off the Giro Donne with a short individual time trial as a prologue, It will be the first chance for the favourites to flex their muscles. Given it's such a short stage, it is unlikely to be decisive, but stranger things have happened in prologues.

Stage 7 will be one to watch, with a huge summit finish in Passo Maniva after a 112km day in the saddle. It is the first of the three days in the mountains, but it will be challenging just the same.

It is a true summit finish, with the ramps at Brescia reaching as steep as 13.5%, with an average of 7.8% over the last 10km of the climb. The race tilts uphill for the last 55km, but will only count as the climb for the final section of road.

Stage 9 will be a brutal day, with the last day of climbing potentially deciding the race. Three major climbs punctuate the 112km stage, and then a final run in with rolling hills for 26km after the final summit.

It will be a final chance for a rider to try and pull back a gap over the final climb, or for a breakaway to steal a win from the chasing pack.

Stage 10 will be the last day out on the roads, and it's expected that the race will be all but decided by that point. It should be a chance for the sprinters to take the final stage.