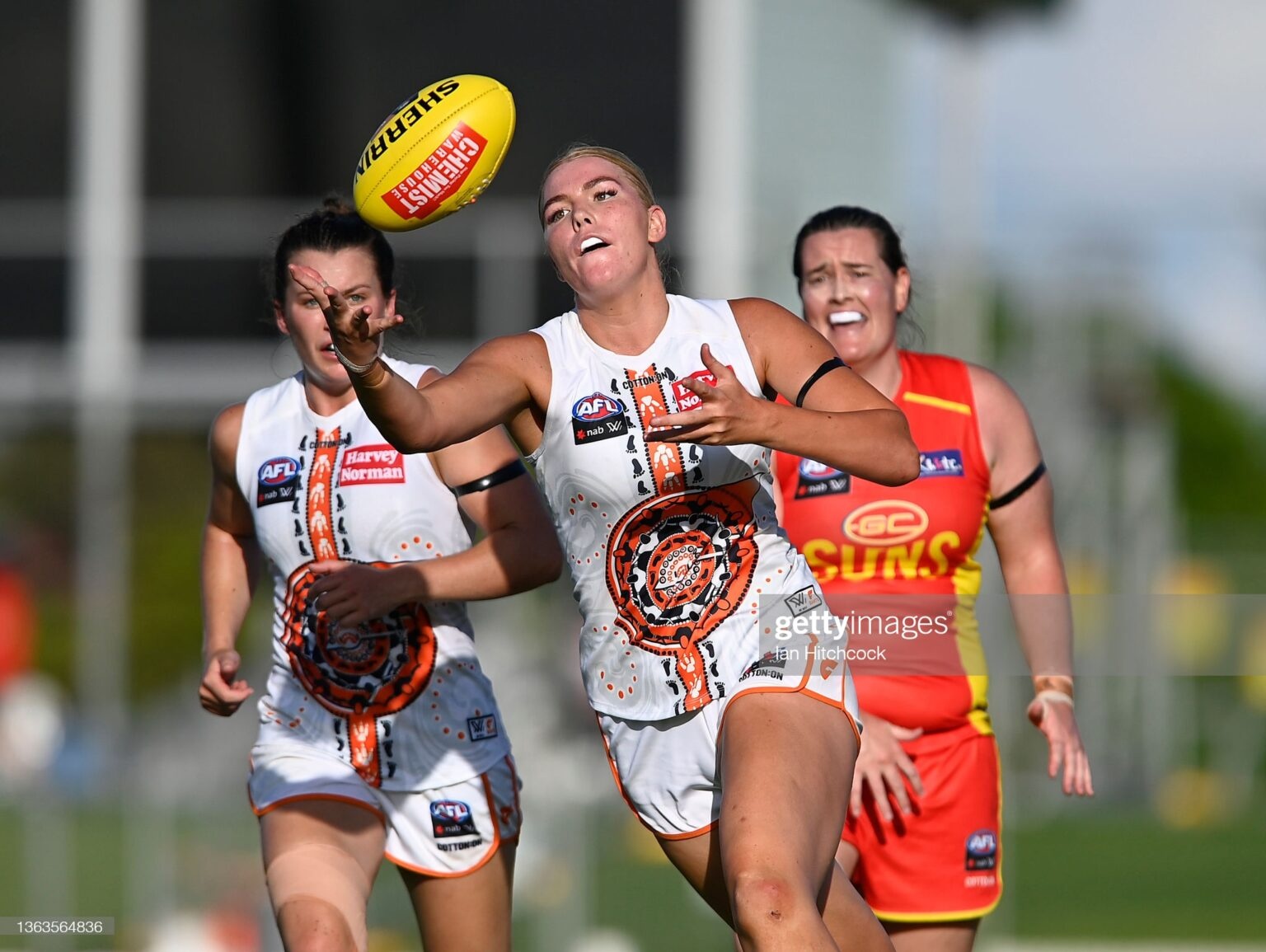 Giants win as Suns sets on AFLW opening round

The GWS Giants started its AFLW Season with a strong win over the Gold Coast Suns in Mackay, triumphing by 15 points on Sunday afternoon.

Giants win as Suns sets on AFLW opening round

The GWS Giants started its AFLW Season with a strong win over the Gold Coast Suns in Mackay, triumphing by 15 points on Sunday afternoon.

The Greater Western Sydney Giants has started its AFLW season off with a 15 point win over the Gold Coast Suns, at Great Barrier Reef Arena in Mackay, to close out the opening round.

Rebecca Beeson scored the Giants first goal to open the scoring, bursting away from a contest inside 50.

Tara Bohanna joined an exclusive club, after scoring the Suns' first goal with her first kick in AFLW football, before Kalinda Howarth added a second as the Suns took a lead into quarter time.

Giants debutant Ally Morphett was strong in the ruck, and her tap work to Chloe Dalton, Alicia Eva and Alyce Parker allowing the Giants to gain early ascendancy in the clearances.

Dalton made an immediate impact with three bruising tackles and eight disposals early, before suffering a shoulder injury after landing awkwardly midway through the second quarter. The Giants will be sweating on her fitness, as she returns to football after taking 2021 off to pursue her Olympic dream.

The Giants were able to keep their foot down through the second half, as they kept the Suns to a single score after quarter time, and scoreless in the second half, with the score finishing 36-21.

Suns forwards Howarth and Sarah Perkins were starved of opportunities as the Suns registered only a single inside 50 in the third quarter. Perkins hit the scoreboard with a goal in the second quarter, but Howarth was unable to hit the scoreboard for a second goal, despite plenty of forward pressure, laying four tackles.

Irish stars Brid Stack and Cora Staunton impressed for the Giants, Staunton kicking two goals including the match-sealer, and Stack showing plenty of physicality as she made her debut after suffering a fractured vertebra in a practice match ahead of last season.

Lauren Ahrens led the way for the Suns with 14 disposals, while number one draft pick Charlie Rowbottom had 11 disposals, six tackles and a strong intercept mark and showed flashes of the player she will become.

The Giants thoroughly dominated the stat sheet, with Parker and Eva each finding the ball 21 times in the midfield. They both provided plenty of defensive pressure with eight and 11 tackles respectively.

Stack had five tackles while Haneen Zreika impressed with 16 disposals and seven tackles. New recruit Katie Loynes had a quieter club debut, with just four disposals and five tackles, but showed promise with key disposals off the edge of the contest.

Both teams will take on West Australian opposition at VU Whitten Oval next Sunday, with the Suns taking on the West Coast Eagles and the Giants facing Fremantle.