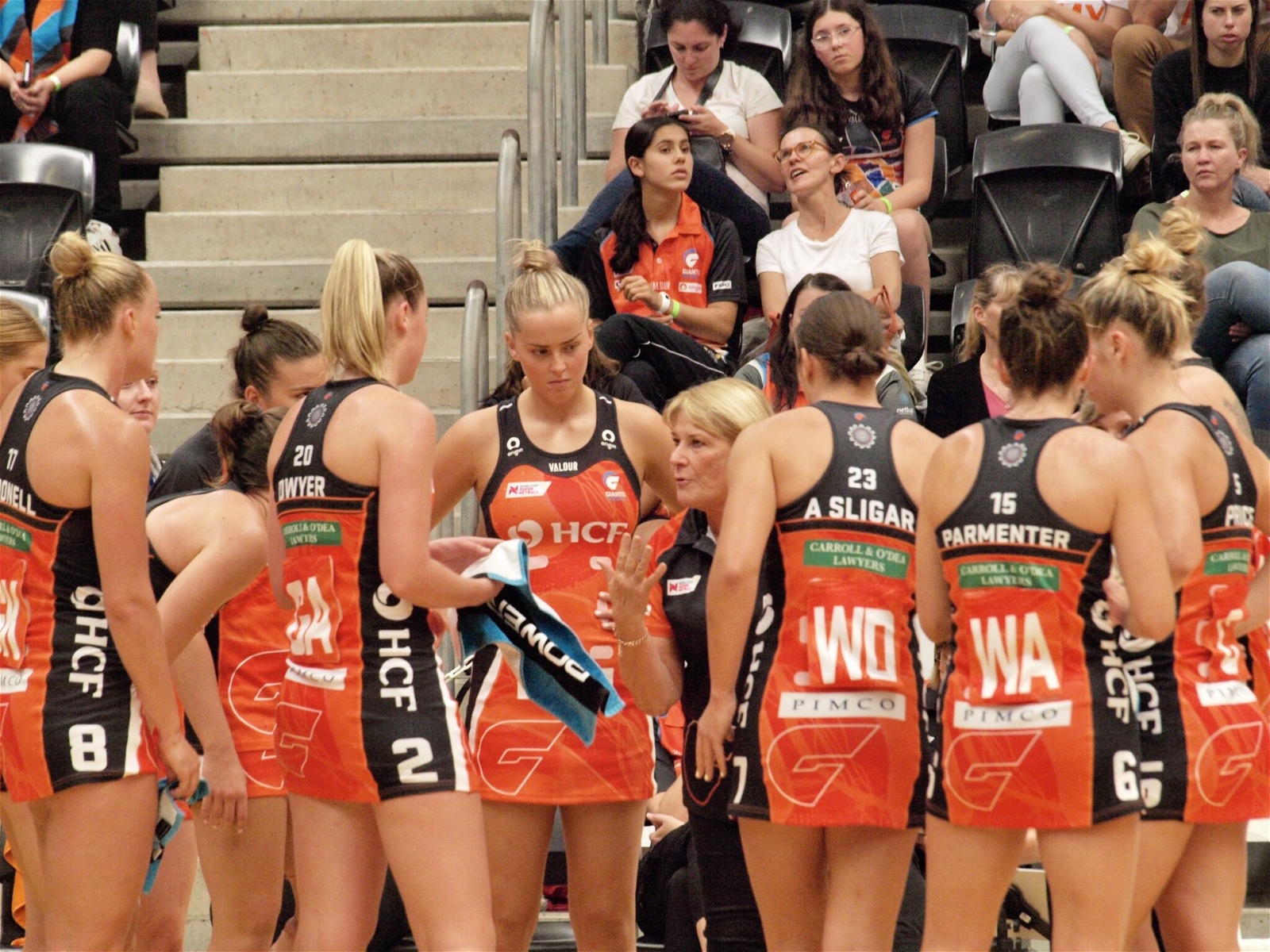 Giants Netball Season Preview: Its a Big Big Year for this group

Giants Netball will be looking to avenge a heartbreaking grand final loss. The Edge of the Crowd previews the 2022 squad ahead of the season.

Giants Netball Season Preview: Its a Big Big Year for this group

Giants Netball will be looking to avenge a heartbreaking grand final loss. The Edge of the Crowd previews the 2022 squad ahead of the season.

After a bounce-back year last year, that came a few goals shy of a premiership, the Giants have reloaded in the hope of finally winning a maiden Super Netball premiership.

Whether by choice or by design, the Giants were forced to make changes at the end of last season as they reload again.

With more depth added, and extra stability for young stars, the Giants seem primed for another run at the finals.

Will coach Julie Fitzgerald's experience, and Jo Harten's talismanic leadership be enough to carry the Giants through?

A disappointing Team Girls Cup did not exactly excite fans, but key stars Maddie Hay and April Brandley were missing throughout the weekend and will play a key role for the Giants in 2022.

Last year the Giants' problems arose when the team was forced to go beyond the seven starters. Even after Kiera Austin went down and Sophie Dwyer stepped in, the Giants rarely made substitutions.

Jamie Lee-Price, Maddie Hay, Amy Parmenter and Jo Harten were among the league leaders in minutes and were heavily relied on. Matisse Letherbarrow, Kristiana Manu'a and Matilda McDonell did not see extensive court time at any point.

Will the Giants' new-look bench, with Letherbarrow (rather than as an elevated training partner), Lauren Moore and Amy Sligar play a bigger part than last year?

The Giants managed multiple games with less than a full matchday squad, but will be hoping to use the full extent this season.

2021 was off to the worst start possible as Kiera Austin went down with a knee injury in the opening moments of the match that would end up spelling the end of her Giants' career.

A slow start to the season was marred with an eventful trip to Perth, where the Giants were unceremoniously forced into hotel quarantine, prompting April Brandley to return home. The spiteful match finished in controversial circumstances, as the Fever narrowly won.

After the Giants returned home, they settled into a successful rhythm and started to rise up the ladder. A 10-week road trip with multiple relocations failed to slow the momentum, as the Giants finished on top of the ladder with the minor premiership after a thrilling win over the Fever.

Two narrow losses to the Swifts in finals sandwiched another victory over the Fever, but the Giants were forced to settle for second after losing the grand final to their cross-town rivals.

Last season, Maddie Hay and Amy Parmenter were arguably the best wing attack-wing defence combination in the league. Parmenter led the league by a way in deflections, and was the best midcourter for intercepts.

Maddie Hay was a standout for centre pass receives, feeds and assists. The duo, combined with Jamie-Lee Price played almost every minute of every game when healthy, and starred throughout.

When the trio was all together and on song, the Giants moved the ball like a well-oiled machine across the transverse line and won it back from teams almost at will

When one of that trio was quiet or having a bad day, everything the Giants did was a struggle.

It's all well and good for the Giants to have an elite shooter like Jo Harten, and a transcendent goal attack like Kiera Austin, or even Sophie Dwyer.

The problem lies in the third option. This isn't to say that Matisse Letherbarrow isn't a good player (in fact, the young shooter is a rising talent).

The problem is that Letherbarrow has totalled less than 10 minutes of Super Netball playing time, despite having almost all of last season in the squad, and played only sparingly in preseason.

Last season, Fitzgerald rarely turned to her bench, even when Dwyer struggled in the grand final. Will she have the confidence to do so this year?

Amy Sligar. The young Giant has been on show during the preseason, as Maddie Hay and Amy Parmenter missed various parts of the summer.

A natural midcourter, Sligar has the strength and the broad shoulders to compete on the circle edge, whether in wing defence or attack.

Last season, Hay, Price and Parmenter played almost every minute, but this season, Fitzgerald has a genuine change up option to throw into the midcourt mix.

Expect to see Sligar as a change of pace option, who can go with the best midcourters in the competition from the beginning.

Despite the Giants' strong finish last year, the loss of Sam Poolman is significant. Tilly McDonell is a young star, but they are massive shoes to fill. The shooting circle is also thin in proven depth.

With the changes to the side, and the young blood added, this may be a development and growth year, before the Giants are in line for another shot at a premiership next season.