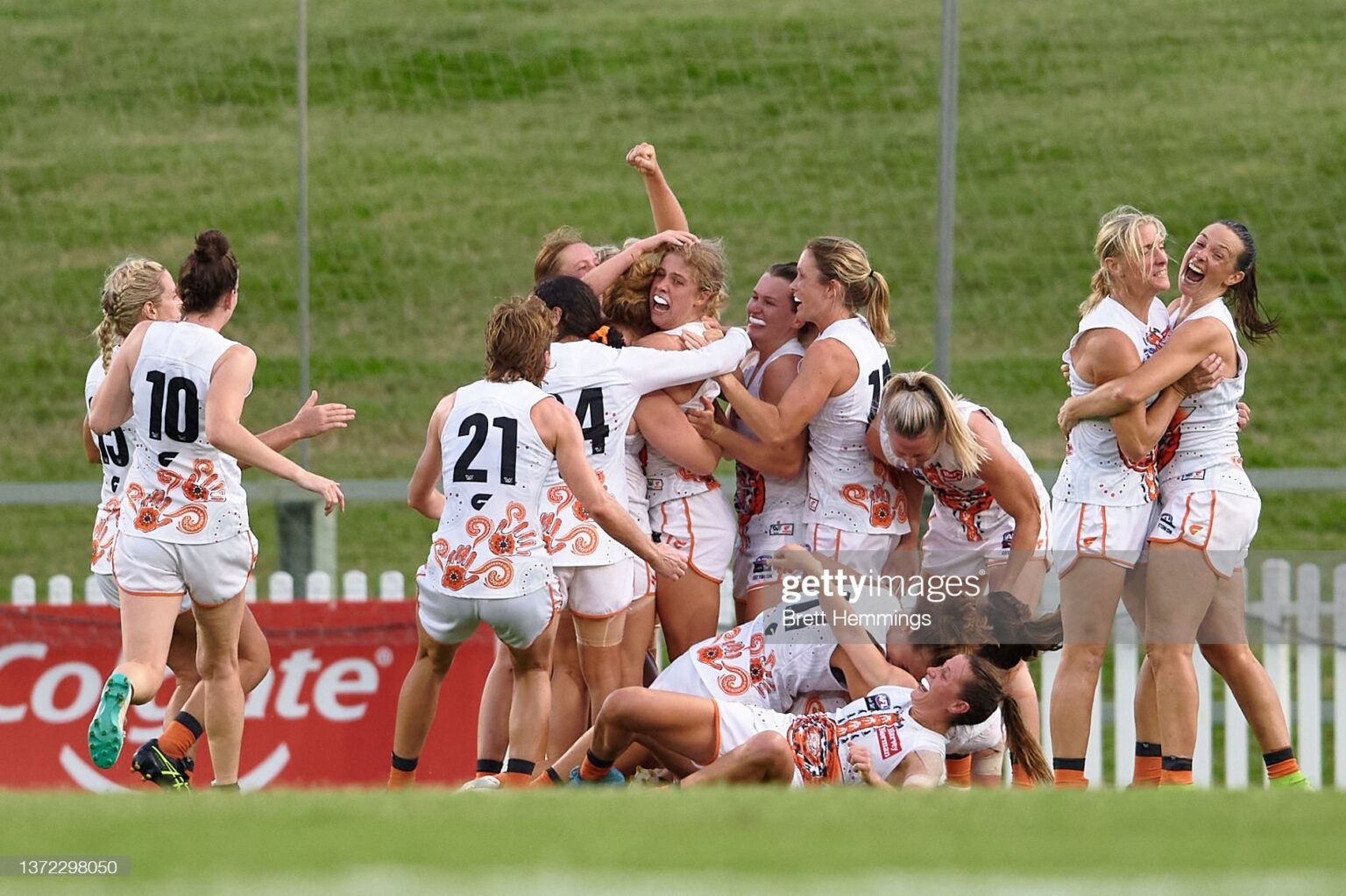 The GWS Giants held out the Saints with the AFLW's first after-the-siren winning goal to break their losing streak, and extend St Kilda's.

The GWS Giants held out the Saints with the AFLW's first after-the-siren winning goal to break their losing streak, and extend St Kilda's.

The GWS Giants returned to the winners' list with the first after-the-siren win over the St Kilda Saints for the Giants, in both AFL and AFLW history.

It was the first time in AFLW history that a match was decided by a kick after the siren, but there was plenty of action before the siren.

After the Giants failed to kick a goal last week, Cora Staunton took advantage of an early free kick in the goal square to make sure that the Giants would not fall victim to the same fate this match.

Nicola Xenos continued her return from an ACL injury to ensure the Saints also had a goal on the board, after falling to the same position as the Giants last week.

In a back and forth finish Louise Stephenson looked to have put the game away before Xenos kicked a second goal to bring the game back from the brink.

Tarni White appeared to have put the Saints in position to break their long winless streak, with a goal with three minutes left after winning a holding-the-ball free-kick.

White had the ball in her hand again with a minute remaining but was unable to make it count, scoring just a behind. The Saints put the ball in the forward 50 with seconds left, but the Giants rebounded, getting the ball to Kat Smith 70m from goal, before a 50m penalty put Smith in range.

Smith kicked truly, after the siren, to give the Giants a miraculous win.

AFLW ROUND 7 WRAP: BLOWOUTS, THRILLERS AND EVERYTHING IN BETWEEN

Giants forward Jess Doyle spoke toEdge of the Crowdafter the match about the improvements in the Giants ball movement as they scored more than the last few weeks.

"I think we definitely had more opportunities inside to see the ball coming in, and that helps us as forwards to try and get goals," Doyle said.

"I think the backs and the mids were bringing it up a bit faster for us, so they were doing well, that helped us out.

The dying moment of the match was tense, as the Saints moved the ball forward, but were unable to put the Giants away, as it came back to haunt them.

"We got the call from the runner saying there were about two minutes left, and then it felt like time went by, so it kind of felt like it [the siden] was going to go any minute," Doyle said.

"All of a sudden we just had the ball in our 50 and then we kept going, 'mark' 'mark', and we hit our kicks, and then I think that's what led us to goal. We hit our kicks and we were composed."

The win breaks a Giants' losing streak since the Covid-19 outbreak that ran through the team. The Saints continue their search for their first win of the season, and the first win under coach Nick Dal Santo.