The mini-revolution politically in Sri Lanka yesterday has seemingly inspired their batters to knuckle down and take the advantage against the Aussies on day three. 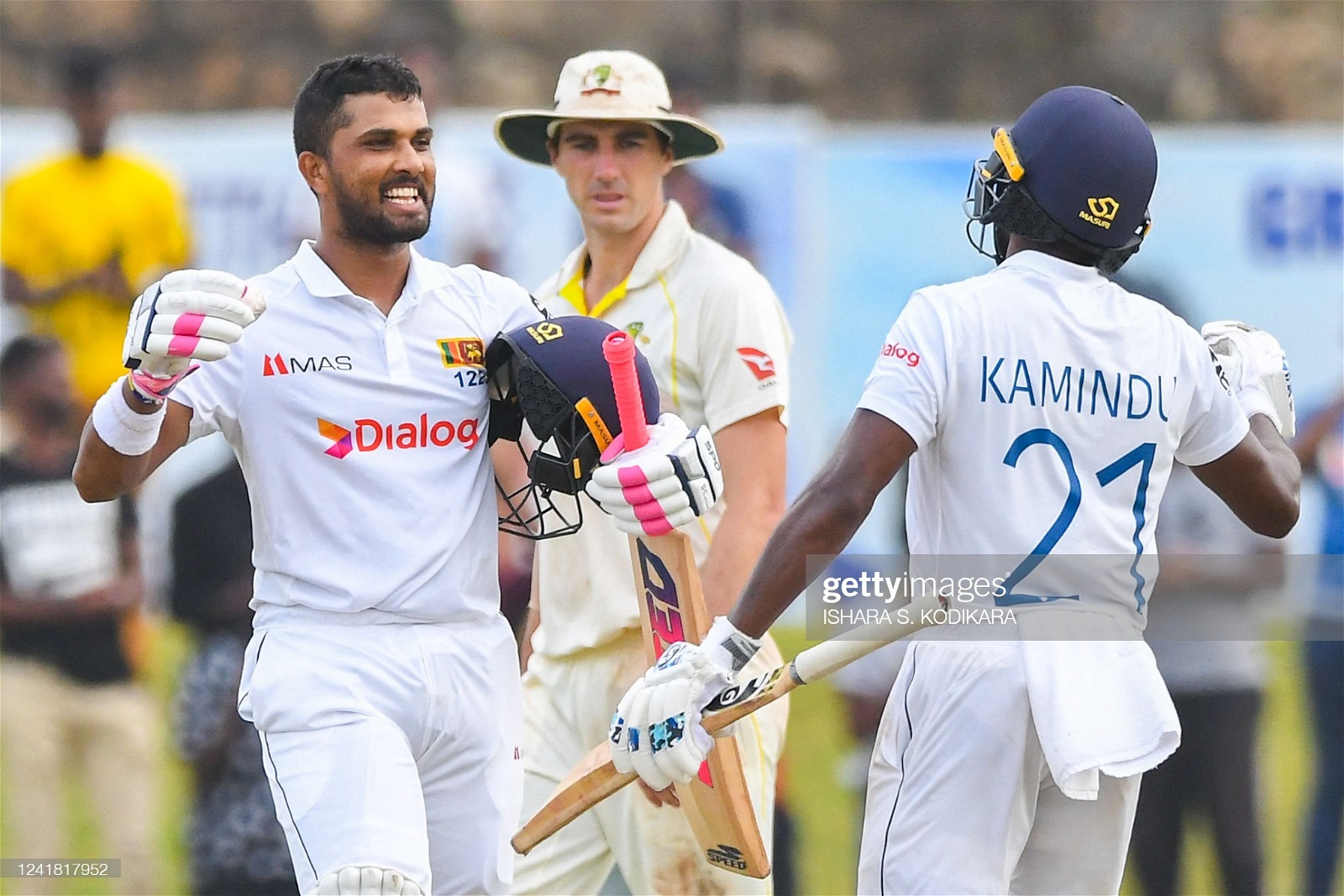 Day three in Galle didn't see the protests that were a feature of day two but what it did see was an incredible display of batting from the home side.

Sri Lanka was to begin the day 2/184 after a perfect second day for the side and for the country in general. Cricket took to the background for the day. The President of Sri Lanka was ousted from his position with a new government likely forming in a few weeks.

The movement to oust the president has been underway for months. Many of the cricketers also take the side of the people expressing desires for a new government. Some of those big names include Kumar Sangakkara, Sanath Jasaruia and even the current Test captain Dimuth Karunaratne.

Today though, it was all about the cricket and the beautiful batting from the home side. Early on, it looked as if Australia would take the advantage with Kusal Mendis (85), only adding a couple of runs onto his overnight score before Nathan Lyon had him struck in front for LBW.

That brought the eventual century-maker Chandimal alongside Angelo Mathews. The pair made their way to lunch relatively comfortably, even if there were a couple of wasted reviews by the Aussies.

That was much of the story of the day. Australia just didn't take the chances when they were presented. Plenty of reviews either were completely wasted or just didn't go their way.

The more significant issue was the fielding, with dropped catches and stumping opportunities going begging. No one is suggesting it would be easy for Alex Carey behind the stumps, but he did have a relatively poor day.

Angela Mathews brought up his half-century just after the lunch break before Sri Lanka brought up their 300, only four wickets down. The fourth wicket came thanks to a great catch by Marnus at short leg from the bowling of Starc.

Kamindu Mendis came on impressively on debut finding the rope and sticking by the ever-experienced Chandimal. He showed great defence and technique on a pitch that was spinning a long way.

His temperament and ability to take the score from just 269 when he came into more than 400 when he departed was awe-inspiring.

The bowlers were too flat to him, often searching for the leg stump rather than trying to find the outside edge. At no point made Sri Lanka attack and put run-scoring pressure on the Aussies, but it was the time they made Australia wait, which would have been frustrating.

Being on debut, his head just got a little bit too big, as did his eyes. Mendis tried to slog sweep Swepson over the square-leg rope but played over the ball, eventually losing his stumps.

Another quick wicket was to fall, but that was after Chandiamal brought up a glorious Test match century. He has guided Sri Lanka to an incredible spot three days into this Test. All praise needs to go to him for a superb knock.

A man who will be without praise is Niroshan Dickwella, who chipped a ball from Nathan Lyon right to the skipper at mid-on, leaving Sri Lanka at 6/409.

Sri Lanka could have quickly fallen apart as they have done so many times before. That wasn't to be, though, with Candimal and Mendis able to bat out the day with relative ease aparat from a half shout for a catch down the legside.

Tomorrow Sri Lanka will be looking to pile on the runs before a declaration comes. The Aussies, though, will take some confidence in the speed at which Sri Lanka has scored, with them only having a lead of 67 runs. If the final four wickets come within the next 30 runs, Australia will still be confident of winning this series.