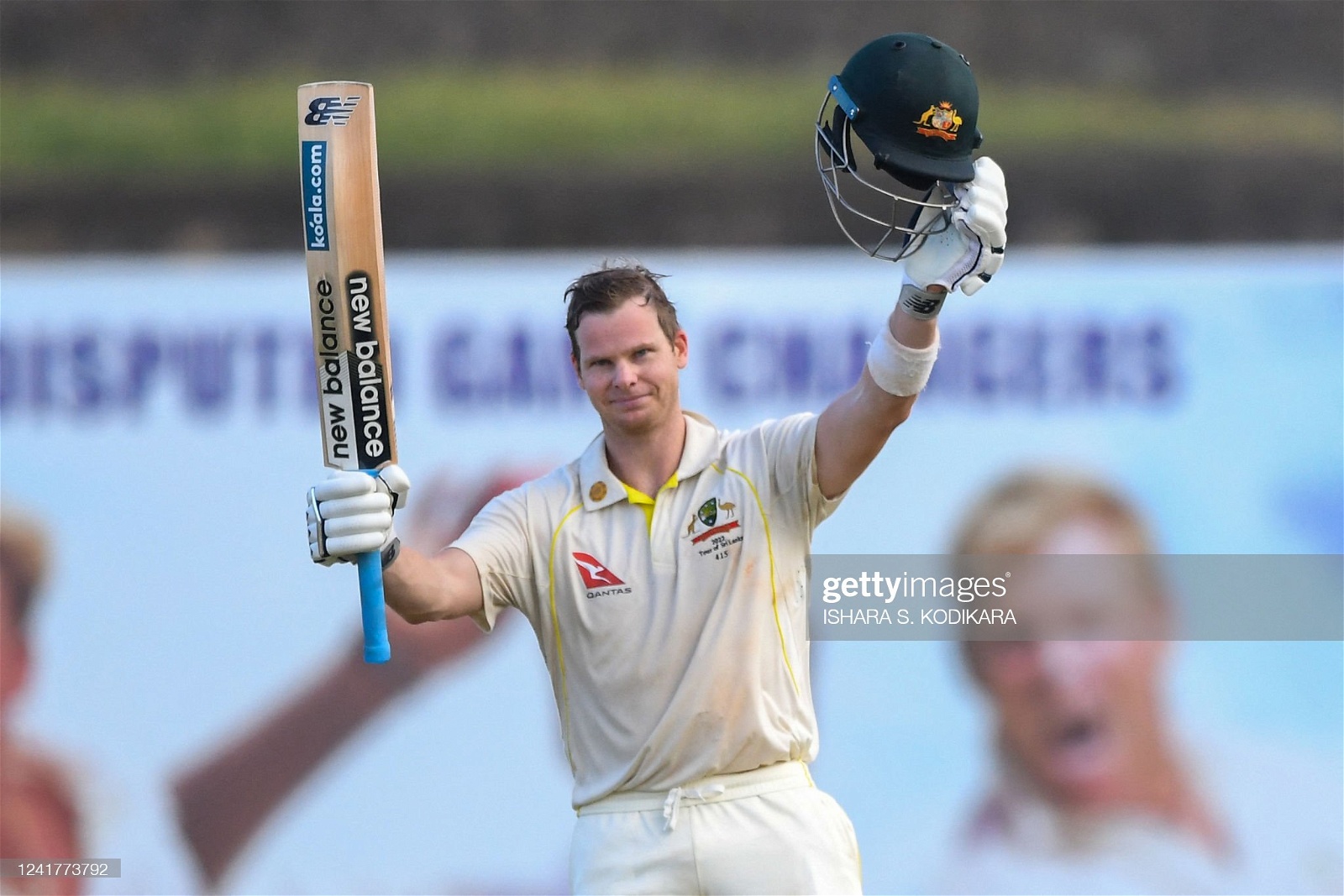 Two tons for the twins as Australia take day one advantage

The batting twins Steve Smith and Marnus Labuschange both brought up centuries on day one in Galle to give Australia the early advantage.

Two tons for the twins as Australia take day one advantage

The batting twins Steve Smith and Marnus Labuschange both brought up centuries on day one in Galle to give Australia the early advantage.

After a dominating win in the first Test, Australia was looking to extend their lead by winning this Test and securing the series. Things started well with Pat Cummins winning the toss and choosing to have a bat on a pitch that looks like it will spin later in the match.

Before the match began, there was only one selection decision to be made. Would it be Starc or Maxwell? Just a day earlier, Pat Cummins revealed that would be the final selection, depending on the pitch.

In the end, it was Starc to get the nod but looking back, was that the right decision? Australia won the toss and are now batting into the second day.

When Australia eventually do have a bowl, it will likely be 90% spin based on the kind of turn we saw at the end of day one. Also, Maxwell would have lengthened the batting lineup, likely allowing Australia to bat just once. Will it be a decision Australia regret? We will have to wait and see.

There would be four changes for Sri Lanka, with COVID running wild through their squad. Three of those four changes are debutants meaning Sri Lanka would be on the back foot from ball one.

David Warner once again went early, hitting only one boundary before he was bowled from around the wicket by the right arm of Rajiitha. Unfortunately for Warner, he allowed play to continue with the sight screen not working, bringing about his downfall.

That wicket brought Marnus Labushance to the crease alongside Usman Khawaja. The pair batted with fluency, scoring at a rate of more than three per over through past drinks and almost to lunch.

That was before Usman Khawaja got a screamer of an off-spinning delivery that took his off stump. The wicket represented the first time since the start of the year that he's been dismissed for less than 50 in a red ball match.

Steve Smith looked slightly less fluent than Marnus, although he had plenty of authority in the middle. It was a flawless innings in terms of giving chances, his cover driving was elegant, and his pull shots were perfect.

He combined with Marnus after the lunch break to put the pressure right on Sri Lanka, scoring very quickly, with the batters almost mirroring each other.

Marnus found the boundary numerous times, although he gave a few more chances. A couple of stumping opportunities were there for the taking, but the Sri Lankan keeper was horrific on day one, letting three stumping go through his grasp.

Fortunately for Dickwella, he finally got Marnus right on the tea break when Marnus walked past a spinning delivery from Prabath Jayasuriya. With the score, just over 200 at tea Australia probably already had enough for the first innings.

Steve Smith continued doing his business after tea while a couple of wickets fell at the other end. Travis Head was out from a ripper, which a replay confirmed bowled him. Only a little after, Cameron Green was also out after his front pad was struck while sweeping.

With the innings in the balance and looking like it could have gone either way, Alex Carey swept his way to 16 before stumps.

It wasn't the runs that were important, though it was shepherding Steve Smith to another Test century, his 28th in Test cricket. It's his first since the NZ series in 2021, so the drought is officially broken.

At the end of the day, though, Marnus is the big story after making his 7th Test century and, most importantly, first outside of Australia. Australia finished the day 5/298 with plenty of work still to do with the bat before giving the ball to Nathan Lyon.

Play will begin again at 3 pm Easter Standard Time with Smith looking to go alongside Alex Carey, who will want his first Test century.