Fruit Salad! The Wiggles light up Rod Laver Arena for the older kids

The Wiggles took to the stage on Saturday night to give a taste of nostalgia to those who wanted to live a little bit of their childhoods. 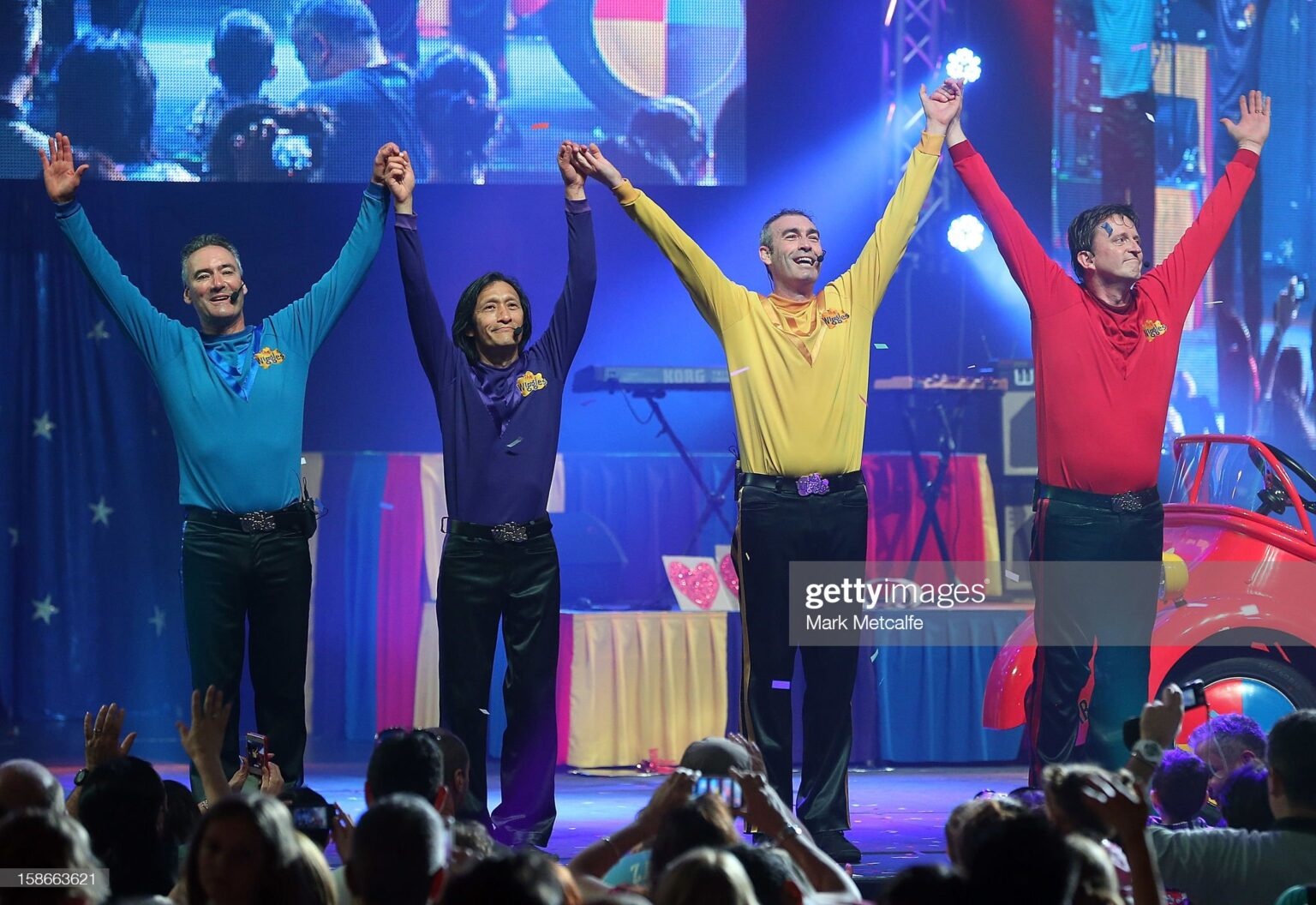 With the release of a new albumReWiggled, The Wiggles are currently on a national tour playing to those of us over 15 years of age that was to remember just how big The Wiggles phenomenon was.

On Saturday night, thousands of Wiggles fans were treated to one of the greatest shows to ever appear at Rod Laver Arena. The original Wiggles Anthony Field, Murray Cook, Greg Page, and Jeff Fatt all appeared on stage to bring some of their classic works to an arena of full of fans.

The crowd seemed to be a mix of ages between mid-30s down to 15 years of age, a mix of people who loved The Wiggles as children and those who discovered their great work through the band's recent winning of Triple J’s Hottest 100.

This tour is a celebration of The Wiggles' 30 years in the industry after their transition from The Cockroaches to The Wiggles in the early 1990s. Greg Page - the yellow Wiggle - of course left the band in August of 2006 after fainting spells, lethargy, and nausea after a serious double hernia operation.

I was eight years old at the time and had two brothers, the youngest of which was six years old. Greg’s departure from the band was devastating for us as the transition to Sam Moran didn’t quite hit the same spot for us as children.

On Saturday, the band as I remember and most people around my age would remember was back and in full force. Greg was up and about and as excited as ever, and even though there were plenty of jokes about the ages of the band's members, there was a youthful enthusiasm between all them all. It was almost as if they were freed up knowing they weren’t playing two or three shows a day as they did, and the current band still does to children.

ALTERNATIVE ALBUMS FROM FEBRUARY TO CHECK OUT

And while theReWiggledalbum did come out only a day before the concert, not a single song was played from it. It was an interesting choice and one that no doubt surprised quite a few of the concertgoers. That doesn’t mean there wasn’t plenty of the album to hear with the new songs blasting out of the speakers before and after the show.

In the initial announcement for the tour, and in much of the pre-promotional material, the support act was due to be Polish Club, however, four days ago, The Wiggles announced via Instagram that the band were no longer able to perform. Instead, Parsnip and John and Lenny of Justice Crew opened the show with a DJ set, which makes sense given the former is now a current member of The Wiggles.

The reaction as the four bright, albeit grey-haired Wiggles was one of the loudest receptions you would ever hear. It was almost as if the collective childhoods of so many were unleashed in the form of claps and cheers.

All of the classics were played whether it beHot Potato,Fruit Salad, orRock-a-Bye Your Bear. It was simply everything you could have ever wanted, thousands of people standing up singing and dancing along to their childhood idols.

One particular highlight was the purple Wiggle Jeff Fatt giving away his signed copy of the platinum album fromGet Ready to Wiggle, a cherished possession for over 30 years that someone new can now love.

Another particular highlight was Lachie Gillespie, the current purple Wiggle joining the OG Wiggles on stage in order to performElephant.Elephantof course was the song that got The Wiggles up to number one on Triple J’s Hottest 100 and kickstarted their rise back up to the top for many.

Overall, it was great to put aside any of the worries of adulthood and live life like a child for two hours as The Wiggles belted out more than 20 of their songs. Captain Feathersword deserves a huge shout out for putting on a t-shirt that was thrown from the audience that was three sizes too small.

The OG Wiggles tour continues over the next few months with shows in Perth on April 9, Sydney on April 23, Brisbane on April 30 and Adelaide on May 7.