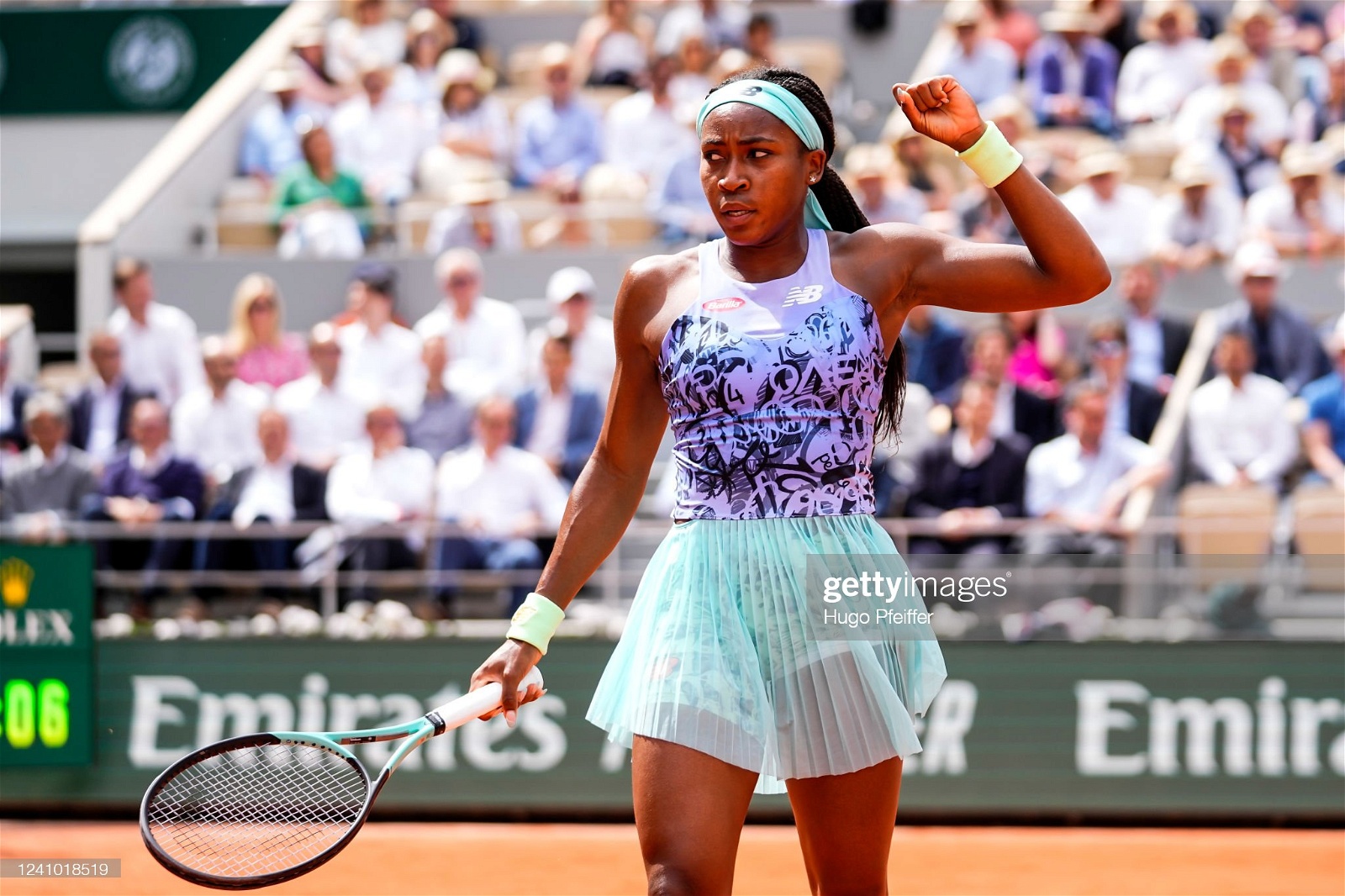 The match everyone saw coming when both Nadal and Novak Djokovic found themselves on the same side of the draw was just as thrilling as expected with the 13-time French Open Champion backing up the fourth round five-set epic in four.

The Spaniard broke immediately in a 10 and a half minute game which featured a 22 shot rally on the second point. He quickly held the second game before Djokovic got on the board.

However, Nadal broke a second time in the fifth game doing it in half the time before winning his service game 40-0. It took two more games to wrap up the first set with Djokovic holding his next game and Nadal finishing it off with a forced error by the Serbian.

The second set opened just as the first did with the King of Clay breaking the world number one's serve in yet another drawn-out game lasting 13 minutes, that saw Djokovic fight off six break points before succumbing to Nadal's relentless pressure.

The Spaniard proceeded to win his service game and break again to go up 3-0 but Djokovic found a way in breaking in the fourth game to swing momentum back in his favour.

The score drew level in game six which lasted a whopping 15 minutes featuring multiple rallies that lasted over 15 shots, with the Serbian helped by six unforced errors on Nadal's part.

Both managed to hold their serve for the next couple of games before Djokovic managed to draw blood yet again and break Nadal's serve and clinch the second set which totalled one hour and 28 minutes, the longest of the tournament for both players so far.

If you were hoping for a different opening to the third set you would have been sorely disappointed with Nadal breaking Djokovic's serve 40-0 before holding his own serve to go two games up.

Djokovic managed to hold his serve in the next game but Nadal was fit and on fire holding his serve before breaking the Serbian's serve and holding his own.

The world number one won his second game of the set in rapid time serving two aces and forcing two errors on Nadal's part, the game clocked in at 1:15 and was the fastest game of the match leaving no doubt that despite being down Djokovic wasn't out.

The Spaniard managed to finish off the set in the next game, needing to win just one more to make it through to his 15th Roland Garros semi-final.

For the first time in the match, Djokovic was up early, holding serve in the first game before breaking Nadal's serve in five minutes before holding his serve again in another speedy game to go up 3-0.

However, never count the King of Clay out in a set with Nadal working his way back into the set, winning his own serve before finally breaking in the ninth game to draw the score to 5-4.

Both players managed to hold their serve for the remainder of the set, sending the fourth to a tiebreaker, where the Spaniard shined getting up 6-1 in no time at all. Djokovic tried to work his way back in but it was too late with Nadal polishing the match off with a winner at the end of a 19 shot rally.

The teen dream ended for Spanish youngster Carlos Alcaraz who went down in four against Germany's Alexander Zverev, the 19-year-old's 14 game streak saw him claim two titles and claim many scalps including Zverev, Djokovic and Nadal and reached his second career grand slam final.

Meanwhile, Zverev is through to his second consecutive French Open semi-final but faces the King of Clay in a brutal matchup for the third seed.

Casper Ruud earned a personal milestone in defeating Holger Rune, reaching his first Grand Slam semi-final after years of struggling to get past the third round in Paris. It wasn't a cakewalk for the 23-year-old who dropped the second set but he managed to finish off Rune in three hours and 15 minutes.

Andrey Rublev might not have won the five-set thriller between himself and Marin Cilic but the 24-year-old's act of sportsmanship managed to cut through the noise of what was an incredible fifth set. This happened early in the deciding tiebreak when Rublev pointed out that Cilic's shot was in and offered to replay the point.

A point that Cilic proceeded to win with an ace. The 33-year-old had a monster performance off his own serve, hitting 33 aces to Rublev's 15 for the match.

American youngster Coco Gauff threw down the gauntlet as the best American woman on the tour at present defeating fellow countrywoman Sloane Stephens in straight sets.

The 18-year old got off to a strong start winning the first three games, breaking Stephens in the second bolstered by unforced errors in the opening of the match.

The pair both held serve for the next five games before Stephens found a way to break Gauff's serve in the ninth game. However, it didn't disrupt Gauff's flow who managed to break and claim the set three games later.

Stephens came out firing in the second set breaking in the first game but was unable to hold which tipped the scales for the remainder of the match.

The 18-year-old proceeded to win five consecutive games, giving up 14 points across the five games, with Stephens coming close to breaking in the fifth game.

The 29-year-old's serve might have been failing her but she managed to break a second time for the set, assisted by Gauff double-faulting on two consecutive points, but it was too little too late with Gauff breaking again to win the match in an hour and a half.

Leylah Fernandez's incredible run came to a close against Italian Martina Trevisan, the 28-year-old is now through to her first Grand Slam semi-final, after previously only getting past the second round once at the French Open in 2020.

Iga Swiatek continued to dominate downing American Jessica Pegula in straight sets, the 19-year-old was electric every time she went to the net winning nine of the 10 net points and nearly doubled Pegula's winners hitting 30 to the American's 16.

20th seed Daria Kasatkina won the battle of the Russians against Veronika Kudermetova in straight sets in what was a tight match between the pair. Kasatkina's ability to win the longer points despite her significantly slower serve was the difference but she now faces Swiatek in