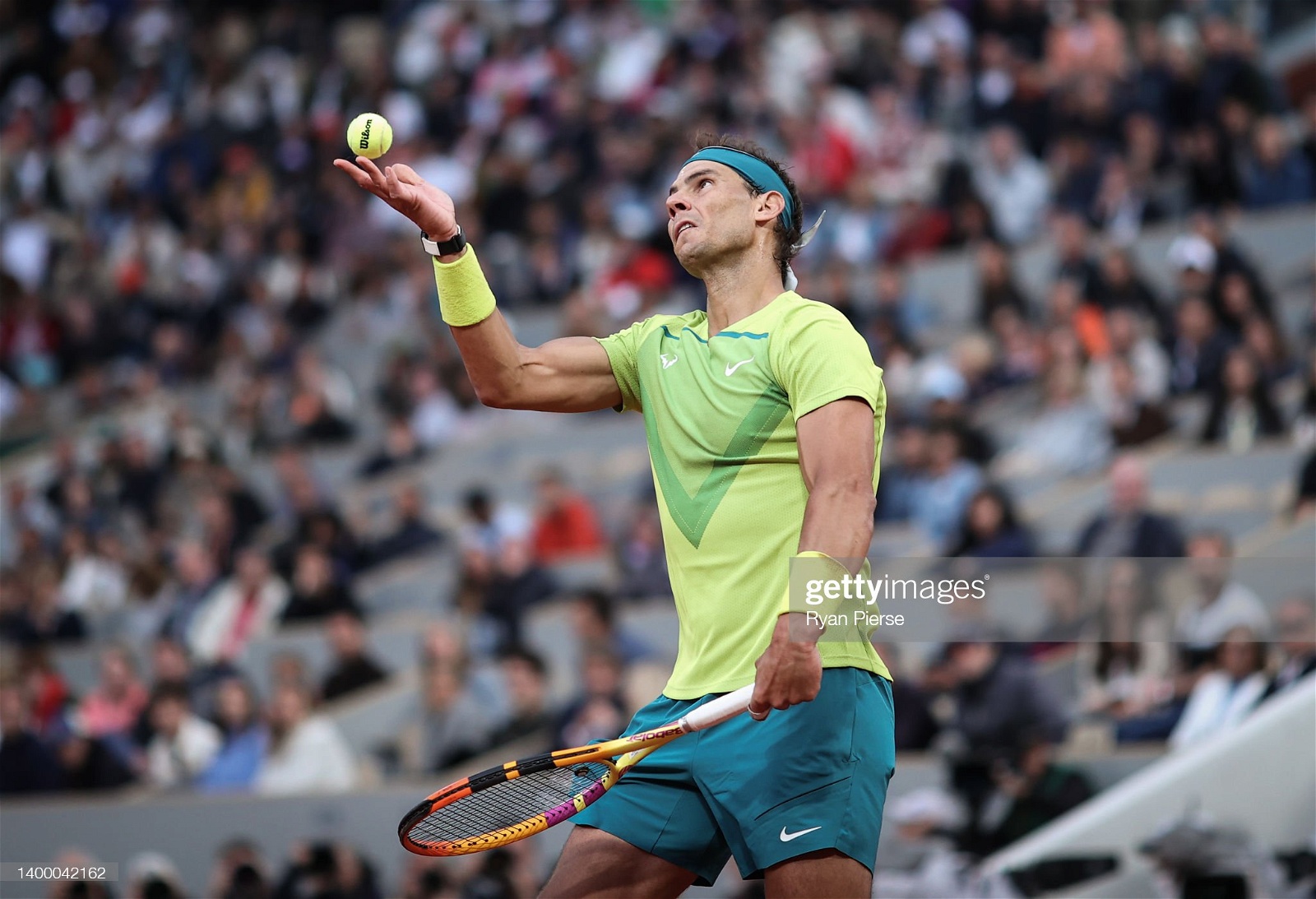 Rafael Nadal found a way to get past young Canadian Felix Auger-Aliassime in five sets in the match of the round, to set up yet another momentous match with one of his all-time great rivals, Novak Djokovic.

The king of clay lost the first set at Roland Garros for just the 11th time but was able to stay with the charging 21-year-old for four hours and 23 minutes, breaking him late in the last set to edge him out.

It was only the third time Nadal has ever had to play a fifth set at the tournament, and after an ongoing battle with a foot injury, he will have to bring his best to take out the reigning champion in the next round, who comfortably took care of Diego Schwartzman in straight sets.

Carlos Alcaraz, the in-form 18-year-old, also made it through his fourth-round match against Karen Khachanov quite easily, winning 6-1, 6-4, 6-4 and proving why he was one of the favourites coming into the tournament.

There were two big upsets on the men's side. Last year’s runner-up Stefanos Tsitsipas was sent packing in four sets by the 19-year-old from Denmark, Holger Rune, and world number two Daniil Medvedev lost in straights to veteran Marin Cilic, who played exceptionally from start to finish.

Cilic will now face Andrey Rublev, who benefited from Jannik Sinner retiring in the third set to win in a walkover, and Casper Ruud will play Rune after beating Hubert Hurkacz in four.

The 2020 champion lost the first set in a tiebreaker after failing to convert five set points, but made it through comfortably in the end, especially after Zheng’s medical timeout when she was down 0-3 in the second set.

Swiatek now faces the second-lowest seed left in the tournament after a number of upsets, 11thseed Jessica Pegula, who also recovered from a set down to defeat Irina Camelia Begu 4-6, 6-2, 6-3.

The two gun teenagers left in the draw, Coco Gauff and Leylah Fernandez, both advanced. Gauff played a dominant match against Elise Mertens and will now face fellow American Sloane Stephens, making it back-to-back quarter-finals in Paris for the 18-year-old. Fernandez defeated Amanda Anisimova in three sets to equal her best major result.

Compatriots Veronika Kudermetova and Daria Kasatkina will play off in the next round following their round four wins, and Italian Martina Trevisan became the third Italian in the Open Era to reach two or more Roland Garros quarterfinals after defeating Aliaksandra Sasnovich.