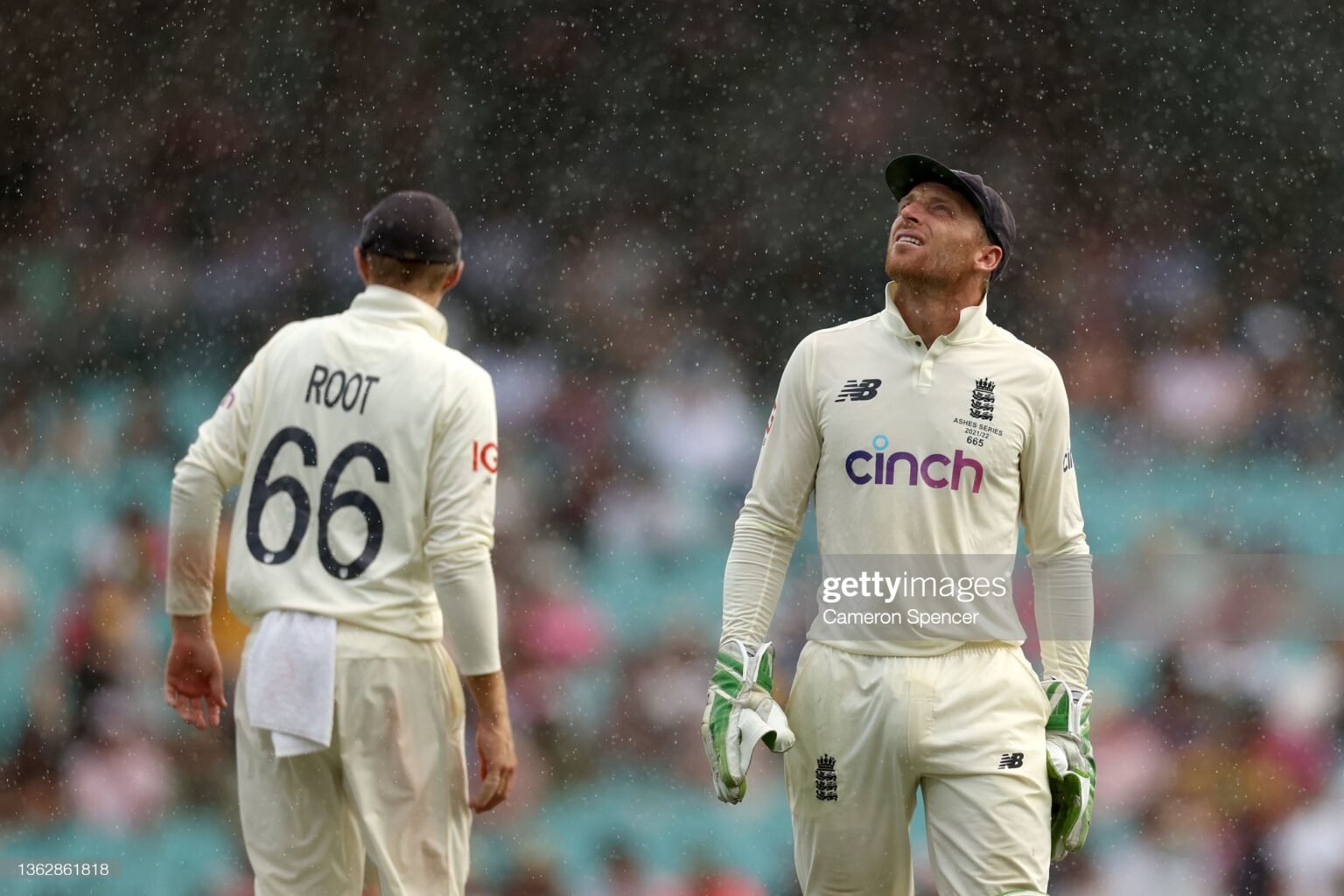 Fourth Ashes Test is even stevens after day one

A rain interuppted first day has the fourth Ashes Test all equal with England taking the important wickets of Warner, Labuschagne and Harris.

Fourth Ashes Test is even stevens after day one

A rain interuppted first day has the fourth Ashes Test all equal with England taking the important wickets of Warner, Labuschagne and Harris.

Rain-interrupted start to the fourth Ashes Test as the first day ends evenly poised with England taking a couple of late wickets to have Australia 3/126 at stumps.

It was an odd decision to call stumps when the umpires did, the rain stopped only moments after it was called. With the possibility for another forty or so minutes of play, but it wasn’t to be.

The Aussies will be thankful for stumps with the English bowlers starting to get on top if they took another one it might even have been their day.

England fast bowler Mark Wood spoke on the rain at the end of play post-match.

The day began with one of the greatest Welcomes to Country you will ever see thanks to Uncle Allan Maden.

Only 4.3 overs were played before the first rain break came through, Australia managed to get to 30 for no loss at lunch after only 12.3 overs. Unfortunately, as often happens the weather was perfect as the lunch was called before the rain set in once again.

Australian opener David Warner was pretty accepting of the rain and interruptions post-match.

"It's out of our control we have to readjust when we come off and go back on. It is frustrating but we can't do anything about it.

"With Test cricket, you want to make sure the ground is dry as well because you only get one ball, so if that ball gets wet it's cooked for the rest of the innings."

David Warner and Marcus Harris continued to make batting look easy for a period, they brought up a 50-run partnership in the 19thover, but the partnership didn’t last much longer.

In fact, in the very next over David Warner was out edging behind to Stuart Broad, the wicket being the 13thtime Broad had dismissed Warner in Test cricket.

While a lot is made out of the Warner v Broad battle it isn't really something he worries about.

"You guys [journalists] beat up a good story and it's good for the game, it's like any other bowler. We love it it's good fun with some friendly banter," Warner said.

"To have Broad and Anderson bowling at us is excellent, obviously they didn't play all the Test but that is their selection panel.

"It's great to come up against the world best. Mark Wood also bowled well today his speed is obviously incredible."

If only Warner had held on a little longer because the rain was once again not too far away. This was the most substantial of the breaks lasting well over an hour, tea was also absorbed into the break before Marcus Harris and Marnus Labuschagne could get back onto the field.

Finally, once play resumed Labuschagne looked comfortable pushing the ball around and struck four boundaries while Harris nudged the ball around from the other end as he does.

Labuschagne cracked a great boundary off the back foot to Mark Wood before being caught behind the very next ball to one he probably should have left.

The English bowlers all of a sudden looked right on top, Wood was consistently hitting the 150 kilometres per hour mark, while Anderson and Broad nipped the ball around as they do.

Ben Stokes even did some handy work although he doesn’t look 100% fit at least in terms of bowling and is very much a watch this space.

"Two huge wickets, you want to test yourself against the best. I've been slightly frustrated that I haven't got the wickets iI would lie," Wood said

"But if you get the wickets of those kinds of guys it makes me very happy. If we can get Smith in the morning that's a cap in our feather.

"Thankfully I bowled that ball, it wasn't an easy to hit the ball and Marnus managed to edge it."

Marcus Harris was out not too much later edging out to first slip of the wonderful seam bowling of James Anderson. The good news for Harris is that he looks good and in much better form after his top-scoring 76 from the MCG.

Usman Khawaja then found his way to the crease to what was one of the loudest roars from a crowd of 25,000 that you are ever likely to hear. He’s a top-quality player and much beloved by all especially in Sydney, he has a great opportunity to push on a get a big score on day two.

David Warner touched on how happy he is to see Khawaja back into the Test team.

"He's scored a lot of runs the last couple of years. He's a good friend of mine, we grew up playing together and to have his family around has been exciting.

Steve Smith and Usman Khawaja will resume play tomorrow with a score of 126/3 after 46.5 overs. Play will begin half an hour earlier at 10 am and likely finish at 7 pm once again to make up for the lost overs on day one.