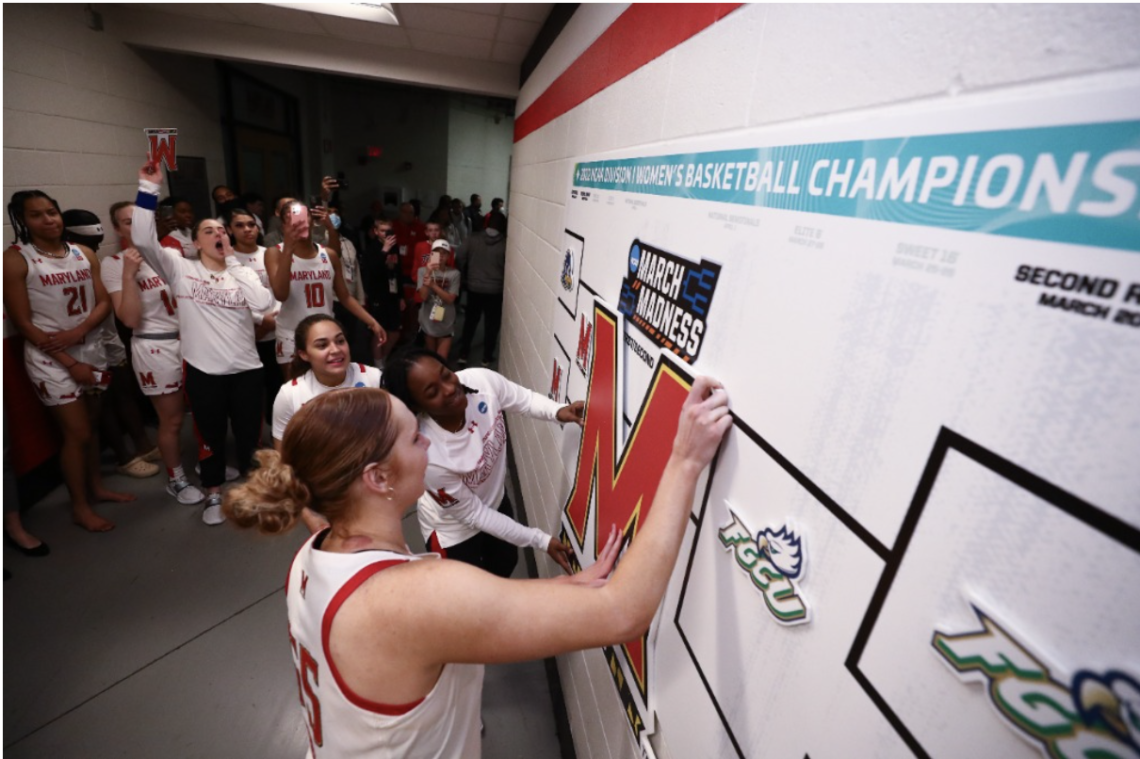 Australia representing a fourth of the remaining pool of schools in the Big Dance is nothing to be down about. March Madness is always known for ridiculous upsets from underdog schools that no one sees coming.

I'm not even Australia and I'm proud of how each and every team with an Aussie on them performed even if it means they're out of the tournament.

With that all being said, let's get down to business and dive into the four players and schools with an Aussie have fared so far.

The Cardinal had absolutely zero issues getting to the Sweet 16. From the moment their first-round game tipped off against 16th seed Montana State, it was practically all up from there. Stanford headed into the second quarter with a 20-0 lead.

It was just pure domination from thereon. This is not to discredit Montana State by any means. They fought hard the rest of the game and even outscored Stanford 16-15 in the quarter.

When you're matched up against a one seed and they're the defending national champions, you know the task ahead is a tough one. Stanford defeated the Bobcats 78-37. Agnes appeared in 11 minutes off the bench with no statistics to her name except a turnover.

The second round was a different story for the Cardinal. They faced off against the eighth seed Kansas Jayhawks. Kansas gave Stanford a run for their money in the first half. Stanford outscored them 20-18 in the first quarter but both defences buckled down and they both scored 13 in the second quarter. Stanford headed into the locker room with a 33-31 lead.

The second half was a whole different story. Stanford came out running, outscoring Kansas 32-15 in the third and 26-19 in the fourth. The second half outburst enabled the Cardinal to earn a comfortable 91-65 defeat over the Jayhawks to cruise to a Sweet 16 birth. Agnes scored two points on 50% shooting from the field in four minutes off the bench.

Stanford faces off against Maryland on March 26 at 11:30 am AEST.

Similarly to Stanford, Texas basically cruised their way to a Sweet 16 bid. They faced Fairfield in the first round and pretty much dominated the whole game. In the first two quarters, the Longhorns only allowed Fairfield to score 18 points, nine in each quarter.

They headed into the locker room with a formidable 39-18 lead. The third quarter was a whole different story. Fairfield came out of the locker room hungry for offence. They outscored Texas 23-15.

It seemed like Texas was going to be in some trouble heading into the fourth. Fortunately for UT, they outscored the Stags 16-11 in the fourth leading them to a 70-52 win. Kobe did not appear in this game.

The second round's outcome was pretty similar to their matchup against Fairfield. They matched up against a pretty tough Utah team that dominated Arkansas in the prior round.

The Longhorns outscored the Utes 19-17 in the first, 25-13 in the second, and 20-12 in the third. The fourth quarter was pretty much a defensive showing. Both teams scored 14 in the fourth. In the end, Texas came out with a 78-56 win to head to the Sweet 16. Like the first round, Kobe did not appear in this game.

Texas takes on Ohio State on March 26 at 9 am AEST.

Maryland cruised their way through the first round with absolute ease. 13th seed Delaware had no answer to the Terps' high powered offence that defined their season as a whole. The first half, to Delaware's credit, was quite competitive.

The third quarter was practically a repeat of the first for both teams. The Terps steamrolled the Hens, outscoring them 31-17. By that point, the game was practically over. Maryland outscored Delaware 22-15 in the fourth but it was all cosmetic.

Maryland defeated Delaware 102-71. Bibby finished with 11 points, four rebounds, and two assists on 67% shooting from the field and 75% from three in 22 minutes.

Their second-round game against 12th seed Florida Gulf Coast wasn't smooth sailing. The Eagles are known to be a tough team with their talented roster. They proved that in the first quarter.

The third quarter was pretty much identical to the second. The Terp's offence was great but their played some of their best defence all game. They limited FGCU to only 13 points compared to their 24. Maryland's offence wasn't the best in the game in the fourth but their defence did show up.

They again limited the Eagles to 13 points but only scored 18. Regardless, the Terps came out on top with an 89-65 win to advance to the Sweet 16. Bibby finished with five points and four rebounds in 33 minutes.

I'm going to be completely honest here. I did not see Tennessee moving past the second round but nevertheless, they did and are heading to the Sweet 16. It was an absolute rocky road for the Lady Volunteers in those first two rounds that had a lot of viewers baffled.

Their first-round win against 13th seed Buffalo was closer than most assumed. I had a feeling Buffalo was going to give Tennessee a run for their money and I was correct. The first quarter favoured the Bulls but not in a blowout sort of way.

The Bulls and Lady Vols traded buckets the whole way through. Buffalo ended up outscoring Tennessee 17-15. From there on, fans could tell it was going to be a grudge match of sorts. The second quarter was another hard-fought, tough battle between both teams. Tennessee's played good defence, limiting Buffalo to only 13 points.

They outscored Buffalo 17-13 and headed to the locker with a 32-30 lead. The second half was all Tennessee. Their offence came to life after the half. Sure, their defence wasn't the best in the third quarter. They allowed Buffalo to score 21 points but used their offence to put up 25 in the third. The fourth quarter was a better defensive showing for the Lady Vols.

They limited Buffalo to 16 with their offence complimenting their defence by scoring 23. Tennessee came out with an 80-67 win. Rennie appeared for less than a minute off the bench with no stats.

If y'all weren't able to catch Tennessee's game against 12th seed Belmont, you missed out on an exciting one. This game was a tale of two halves for both teams. Tennessee did outscore Belmont in the first quarter 19-13 which was a positive side.

Their played great defence and their offence showed out. The second quarter was nearly identical in terms of offensive and defensive play. They outscored Belmont 16-10 heading into the locker room. What I love about the point differential from both teams between the first and second quarters is how both scored three less than the previous quarter. The Lady Vols headed into the locker room with a great 35-23 lead.

Remember, it is March Madness. If you thought Belmont wasn't going to fight and claw their way back into this game in the second half, you were well beyond wrong. The Bruins came into the third quarter with purpose and fight. They exposed Tennessee's defence with their outburst of scoring. They outscored Tennessee 23-13 in the third, the largest point differential for both teams in this game. Just like that, Tennessee only held a two-point 48-46 lead.

The fourth quarter was one of the most electric quarters I've seen and I've seen a lot of electric endings. Tennessee and Belmont were going back-and-forth with buckets. Every single player was hustling for the ball. Oh, and the last minute of the fourth quarter lasted 26 minutes. In the end, Tennessee outscored Belmont 22-21 which lead to a 70-67 Lady Vols win. Rennie did not appear in this game.

Tennessee takes on Louisville on March 27 at 6 am AEST.