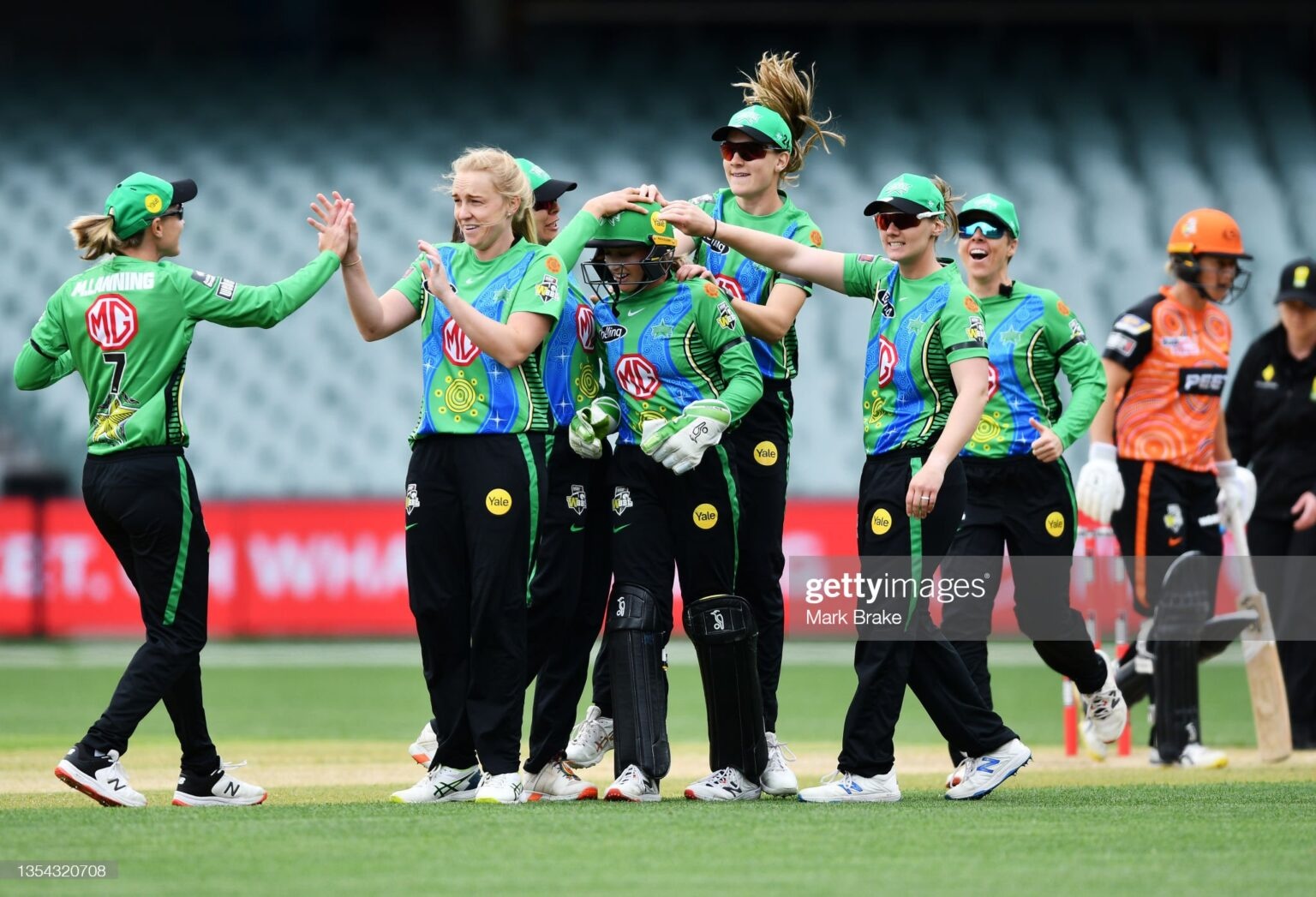 Former Irish international all-rounder and Melbourne Stars WBBL|07 Player of the Season Kim Garth has signed for three more years with the franchise.

Former Irish international all-rounder and Melbourne Stars WBBL|07 Player of the Season Kim Garth has signed for three more years with the franchise.

Kim Garth would have become a very much in-demand player after claiming her club's Player of the Season award in WBBL|07, however she has decided to stay put and sign with the Melbourne Stars for three more years.

Garth made her debut for her native Ireland when she was only 14 years old and then continued to represent her country a further 51 times in T20 cricket. Unfortunately, it didn’t quite work for her at the international level with Irish cricket not being professional at the time meaning she had to leave that dream behind and come to Australia.

She was offered a full-time contract with Victorian cricket in 2020 and has gone on an exponential rise since then. She finished inside the top 10 wicket-takers in WBBL|07 and averaged over 27 with the bat at just better than a run-a-ball. If anything, her journey shows how important professionalization is in women’s sport.

After re-committing to the Stars, Garth said she's looking forward to playing this season in front of the club's supporters.

"I'm loving my time in Melbourne and I can't wait for the next three seasons with the Melbourne Stars," she said.

"I haven't been home [to Ireland] for over two years, so it has been great to get back in the offseason but I'm looking forward to getting back and putting in a solid block of work before the start of the season and working with Jonathan and the entire coaching team.

"I haven't had the chance to play in front of our members and fans at home, yet which is something I'm really looking forward to in WBBL|08."

Melbourne Stars General Manager Blair Crouch welcomed her commitment to the club, committing on her improvement with the club and her time with the team.

"We're thrilled to have Kim part of the Stars family for at least another three seasons. Her energy on and off the field is infectious and her impact on the group in a short time has been profound," he said.

"Kim has worked extremely hard on her game over the last couple of seasons and her improvement with both bat and ball is a credit to that hard work.

"We're looking forward to seeing Kim and the team play at home at the CitiPower Centre and around Victoria in WBBL|08, after not having played in Victoria since WBBL|05."

The WBBL is set to kick off again in October with the final being played in November. Hopefully, this will be the first season since WBBL|05 to be uninterrupted by COVID.