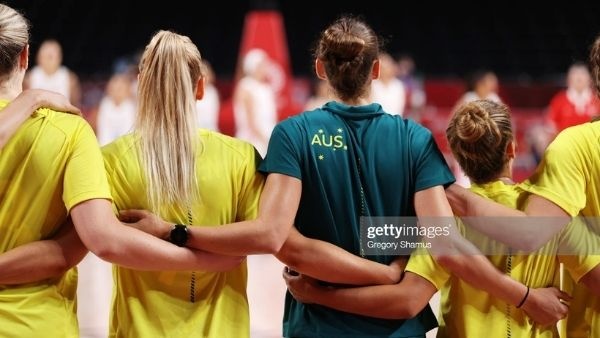 The Opals have named a 16 woman strong squad that will attend the upcoming training camp that will be held in Sydney from the 31st of January to the 4th of February.

Reigning Champions in the Southside Flyers have four players selected in the side with Maddi Rocci, Rebecca Cole, Abbey Bishop and Sara Blicavs all named.

Boomers trio Cayla George, Ezi Magbegor and Tess Madgen once again have been named in the squad after being a part of the Opals side that went to Tokyo.

Bendigo Spirit's Anneli Maley will make her squad debut after an impressive season for Bendigo, averaging 20 points per game.

Sydney Uni Flames' Shyla Heal is also among the 16 players named after a good start to the season with the Sydney Uni Flames having averaged 16 points per game and was a stand out in the Flames last outing against the Boomers, having 29 points, 8 rebounds and 4 assists.

Perth Lynx duo Darcee Garbin and Sami Whitcomb have also been named in the squad after helping the Opals bring home Bronze at the 2021 Asia Cup.

After the training camp, the Opals Squad will go from 16 players to 12 ahead of the FIBA Women’s World Cup Qualifying Tournament in Serbia where Australia will face Korea, Serbia and Brazil. The Tournament will take place from the 10th to the 13th of February.