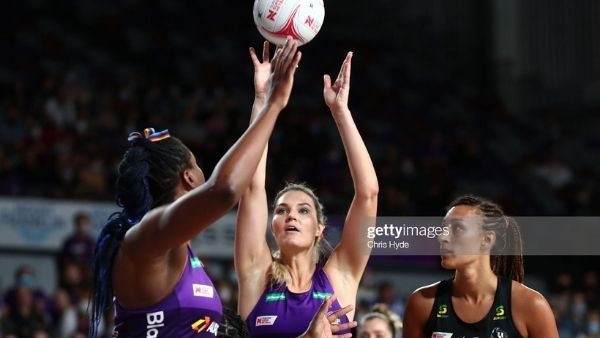 Firebirds to head North for pre-season battle in Mackay

Firebirds to head North for pre-season battle in Mackay

The Queensland Firebirds will make history in early February, bringing Super Netball to MacKay for a pre-season doubleheader.

The Firebirds will take on the Collingwood Magpies in what has been dubbed 'the battle of the birds' with the matches marking the first significant hit-out for the Firebirds.

“We’re absolutely thrilled to be heading to Mackay for these matches against the Magpies,” said Fellowes.

“Our Club proudly represents the entire state of Queensland, and we don’t get to play in front of the regional fans as much as we like, so to have this opportunity, thanks to Mackay Regional Council, is really fantastic.

“It will be our first major hit out for the pre-season, with the entire squad together, so the matches will be really important in setting up our season. It would be wonderful to have the support of the region and hopefully put on a good show in front of a packed house at Mackay Basketball Stadium.”

The matches will take place on Thursday the 10th of February and Friday the 11th of February with both matches set for a 6 pm start time.

Both matches are expected to be a sell-out with MacKay well known for their love of Netball and the Queensland Firebirds.

The Firebirds aren't only going up to Mackay for a pre-season hit out with the club running community engagement programs.

"We're really excited to bring a couple of community engagement initiatives with us. Where the girls will be out doing some netball clinics and doing some things for coach development along the time."

Lyn Law, life member and current competitions board member of Mackay Netball Association, said the announcement of the pre-season matches would have Mackay buzzing.

“To be able to watch the Queensland Firebirds take the court in our hometown, on our home court, is just so special and something the Mackay netball community has waited a very long time to have come to fruition,” Law said.

“Mackay has always had a great relationship with the Firebirds and hosted many Firebirds player clinics but having the ‘Birdies’ in town for preseason trial games is the ultimate.

Mackay Regional Council Mayor Greg Willaimson said that the pre-season matches are a fantastic opportunity for the region and for young netball enthusiasts in the area.

"The Mackay region loves its sport and netball is definitely one that is embraced by our residents,” Williamson said.

“It’s an amazing opportunity for our aspiring Firebirds to observe their heroes plying their court craft and something for them to take away and begin trying new things to enhance their own skillset.”

“An event the size of this one, with about 2,000 attendees across both matches, will provide an economic stimulus for our region of more than $130,000.

“This is another example of how our world-class facilities enable us to attract and play host to the calibre of both of these teams.”

Tickets for the matches are nowon salebut are expected to sell out quickly.