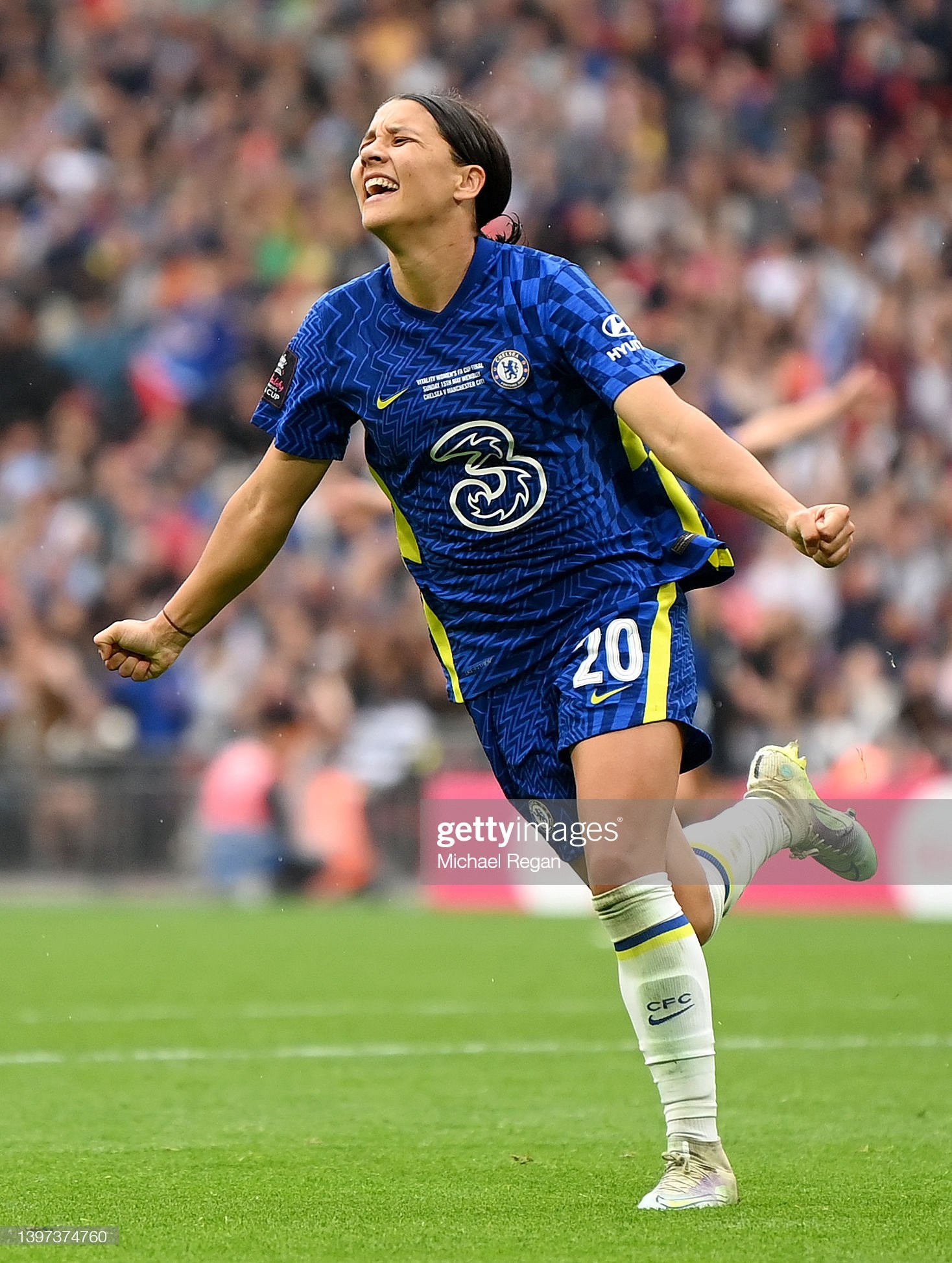 For the first time ever on a global edition game, a woman's footballer has been selected as the cover athlete for this year's edition of the leading soccer simulation franchise.

For the first time ever on a global edition game, a woman's footballer has been selected as the cover athlete for this year's edition of the leading soccer simulation franchise.

Now on the cover of a series that's sold 350 million copies worldwide, the Matildas captain has paved the way for woman's football and Australian football alike with her scintillating performances in domestic and international football. One of the most prolific forwards of today's game joins forces with multiple time cover athlete Kylian Mbappe of Paris Saint-Germain.

Coming from an athletic family in East Freemantle, Kerr started her career as one of the youngest ever debutants in W-League at the age of 15 for the Perth Glory.

It didn't take long for her to make a lasting impression either as in 2009, she was awarded the W-League Players' Player of the year alongside goal of the year. Kerr also was called up for the national team, scoring her first goal on that level at only 16 years old in the final of the 2010 AFC Women's Asian Cup.

From there, it's been nothing but goal-scoring and success for Kerr. From 2013-2019, Kerr played concurrently in the W-League and the National Women's Soccer League (NWSL) in the United States. Kerr is the record holder for most goals scored in the NWSL with 73 and second on the all-time scorers in the W-League with 70.

Kerr is known for her combination of speed and decision-making, leading to her successful stint with her current club Chelsea, in the Women's Super League (WSL). Kerr has scored 42 goals in 46 appearances with Chelsea, winning 5 trophies in her first two seasons with the club.

She is the first player ever to win the Golden Boot in 3 different leagues, proving that her playstyle and ability show themselves wherever she goes. This year, Kerr received 2 'Player of the Year' awards for her performances in the WSL which has led to this latest recognition, being a cover star in this year's ultimate edition of FIFA.

The Significance of This Selection

I myself, for better or for worse, have purchased a physical copy of every FIFA game from FIFA 10 to FIFA 22, and this year will be the final one! Well, the final one as an EA Sports product, as late last year, EA confirmed that FIFA 23 would be the final edition of the game under that branding. The games after this year's release will be known as EA Sports FC with FIFA seeking out a separate development partner to keep the name going.

The Start of Something More?

Kerr being on the cover naturally shows the progression of woman's football's coverage and stature on a global scale, with the sport growing in popularity and interest every year.

The decorated Australian forward is an emblem of Australia's impact on the growth of woman's football, so having Kerr on the final edition of FIFA as an EA product perhaps serves as a hopeful indication of things to come. Sam Kerr is now the example to follow for future sports simulation games on the global scale. These future games should not only include women's sport, but feature it on the same level as men's sport.

If the cover of FIFA 23 is anything to go by, EA and perhaps other developers will be looking to more prominently feature women's athletes in their simulation products, helping with the exposure of the leagues and hopefully advocating for equality in professional sport.

The timeliness of this cover is perhaps also an effort to extend the market for sports sim products. This is because presenting an equal valued women's football product alongside the long-established men's product could vary and extend the customer base.

Most choices like these do obviously carry an element of marketing appeal to them, as the goal of EA Sports and any company making such a product is to sell as many copies of the game as they can. Whether this works or not is more a matter of how the audience perceives this selection alongside the quality and presentation of the product itself.

Regardless of motive, Kerr is an excellent spokesperson for the sport as a whole so it's about time that someone like her was included on the cover of such a prestigious release. Hopefully, this leads to other women's athletes being featured on game covers as well, like Meg Lanning on the Cricket 22 cover and Candace Parker on some versions of the NBA2K22 cover.

More or less, the days of going down to your favourite game or electronic store and picking up the latest version of FIFA or 2K are gone. These days, the majority of video game purchases are made digitally, via the various on system stores of the gaming consoles as well as many host platforms on PC allowing for the download of whatever game software you wish to purchase.

So if most of the time, people aren't even looking at the physical copy of the game, why do we still put so much emphasis on game covers?

I would say this is because the covers, while less prevalent in a literal sense, still serve as the icon for the product. A game without a cover would suffer greatly in sales as they're crucial pieces of visual marketing. As such, game covers now, despite not being something you hold so often, are more important than ever. They represent what a game stands for or represents, so having Kerr on this cover represents professional football as a brand and the EA Sports product as a sports simulation game.

Many professional athletes care quite deeply about what their 'rating' in a particular game release is as it reflects on their own brand, marketability and of course, pride. So it only makes sense that being a cover athlete for such a game would make you the envy of that world, and perhaps inspire greater performance from other athletes in the discipline.