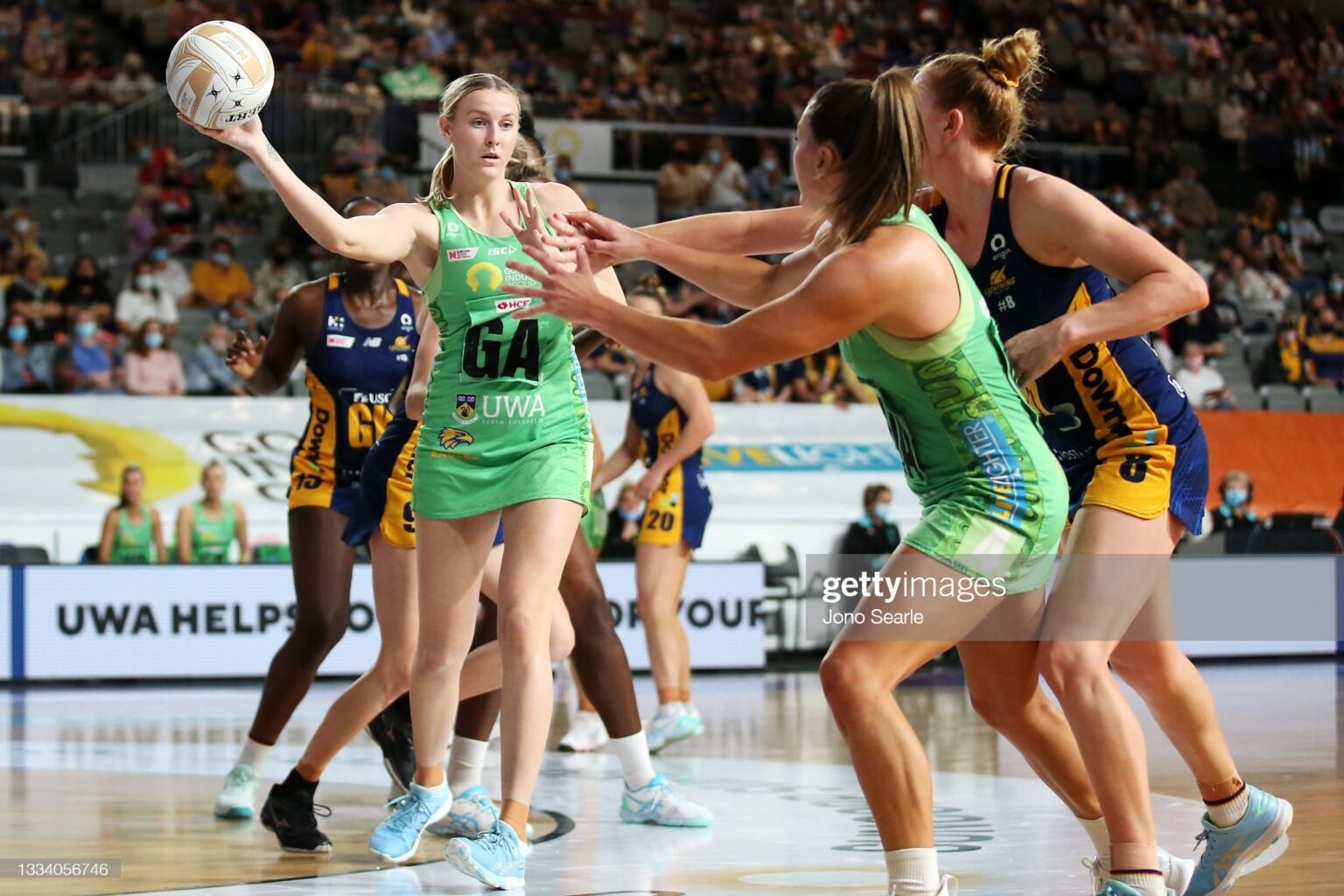 The West Coast Fever and the Sunshine Coast Lightning played out a blockbuster final last year, and they are ready to rekindle the rivalry.

The West Coast Fever and the Sunshine Coast Lightning played out a blockbuster final last year, and they are ready to rekindle the rivalry.

The West Coast Fever and the Sunshine Coast Lightning faced off in the Suncorp Super Netball finals last year, and open their seasons with another turn of this great rivalry.

Last season ended for the Lightning as they ran into the Fever in the opening round of the finals, and they were bundled out 75-67.

The Lightning have since undergone significant change from their roster, with three new players added in Reilley Batcheldor, Annie Miller and Tara Hinchliffe. Maddie Hinchliffe has also been added as a permanent replacement for Karla Pretorius who is sitting out this season on maternity leave.

For Laura Scherian, Lightning midcourter, the excitement in the building is palpable.

"It's so exciting, there has been a real buzz at training this week," Scherian said.

"There's a real change between preseason training and that getting ready for a game and there's so much more chat about tactics and things like that.

"I think we've got a lot of youth in the building that bring something different as well, and new ideas, and that's always really exciting.

"There's so much potential in this group and I think it's untapped as well, and we will find that out as the season goes along. I think we will just get stronger and stronger towards finals."

After the long preseason, Scherian andthe Lightning are excited to be finally playing this weekend, even if it is one of the most daunting assignments in Super Netball.

The long trip to Perth is a physical challenge of itself, and then there is the challenge of playing the Fever, who are one of the most dominant teams in the Super Netball competition.

Scherian explained how the Lightning have planned to attack and address the Fever in this week's matchup.

"Definitely looking at Jhaniele Fowler, obviously in goal shooter, she's a big target for them, so defensively we are looking at that, but they're really strong in their defence as well, so just ball movement is really important for us going into this game.

"I think they have lots of players who are very experienced and have been there for years. I think they'll be really tough coming into this season.

"The first rounds will be really exciting, seeing what teams bring, and then the second round will be more tactics coming out."

For Sasha Glasgow, the preaseason has been enjoyable. With Dan Ryan joining the Fever as head coach oer the offseason, Glasgow has reunited with the coach who helped her catch her big break playing for the Adelaide Thunderbirds years ago.

"He's really worked with Alice [Teague-Neeld], Jhaniele and I quite well, we obviously have so much depth in that circle and we all play a very unique position, so he's been really important bringing all of our strengths into the circle."

For Glasgow herself, she plays with one of the most dominant shooters in the world. Jhaniele Fowler is a unique player, having taken home four consecutive Super Netball Player of the Year awards.

Each season that Glasgow plays with the Fever and with Fowler, she has looked to improve her game, and particualrly the less-familiar role of goal attack.

"For me, its really important that I am taking that next step, and for me, that's running consecutive lines, and purposeful lines.

"So making sure that I understand where the spaces I'm going into are going to help my teammates, especially my wing attack, and get that circle edge and how I can facilitate Jhaniele in that position as well."

The Fever host the Lightning at 4:00pm AEDT at RAC Arena.