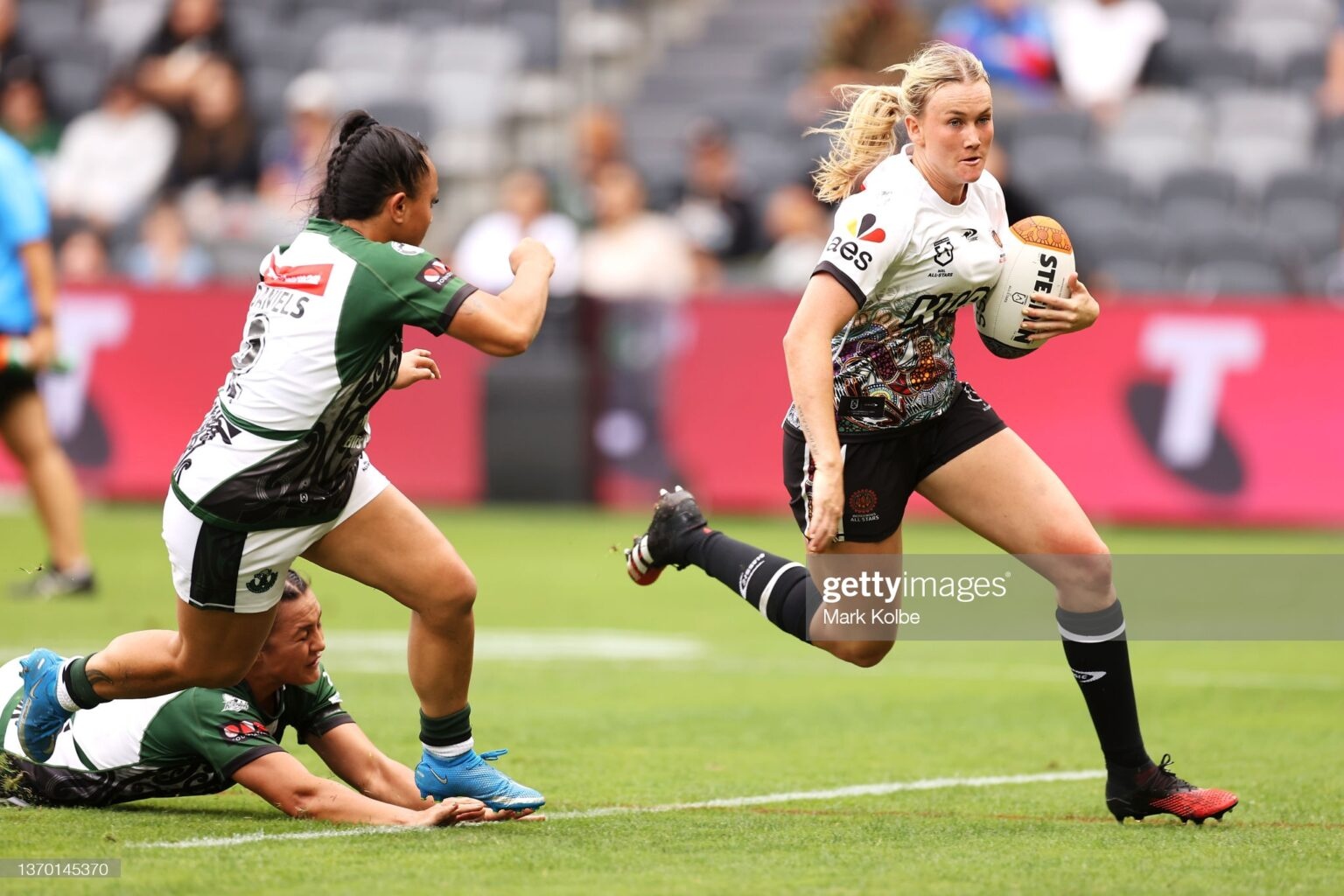 The Indigenous All Stars bounced back from a thumping loss last year to beat the Maori All Stars 18-8 in the NRLW All Star game for 2022.

The Indigenous All Stars bounced back from a thumping loss last year to beat the Maori All Stars 18-8 in the NRLW All Star game for 2022.

The Indigenous All-Stars have bounced back from a humiliating 24 point thrashing last year to beat the Maori All Stars 18-8 to mark the start of the NRLW calendar.

Before the match started, each side showed their energy with a traditional war dance, including the traditional Maori haka.

The early sets were physical, with bone-crunching hits preventing any attacking flow early.

Teen star Jaime Chapman showed exactly why she has risen to prominence as a teenager, reading a Maori attacking set and picking off a cutout pass. Chapman took the intercept 80m back the other way to get the first try on the board.

Chapman was a late addition to the Indigenous All Stars side, passing a fitness test in the last 48 hours before the match, proving she had overcome a calf strain.

The Maori All Stars fought back to get back on almost level terms, as Autumn-Rain Stephens-Daly scored just before the half time siren.

After going into the main break with a 6-4 lead, the Indigenous All-Stars were keen to start the second half in strong fashion, with Tameka Upton setting up Jaime Chapman with a cutout pass for the winger's second try of the day.

Chapman almost managed a third try, latching onto a kick that looked to have her hattrick set up. She staggered and tripped, and used wisdom beyond her years to avoid giving away a double-movement penalty, inches short of the try line.

As good as Upton was, she was forced to be that good to keep opposite number Bo Vette-Welsh.

The Maori All Star fullback was in midseason form, and looked threatening every time she had the ball in the attacking half.

She was the playmaker behind both Stephens-Daly's tries, keeping the Maori All Stars in the contest for as long as possible.

The backs were good, but the forwards were good for both sides. Shannon Mato had 191 run metres, leading the way for both sides, and she was well supported by Maori teammate Kennedy Cherrington, who had 142 run metres and 26 tackles.

It was the fourth meeting between the NRLW Indigenous All Stars and the Maori All Stars, and the 18-8 win levels the ledger at two wins each.