The Essendon Football Club will be hoping to emulate its VFLW success of this year in its first season in the AFLW. 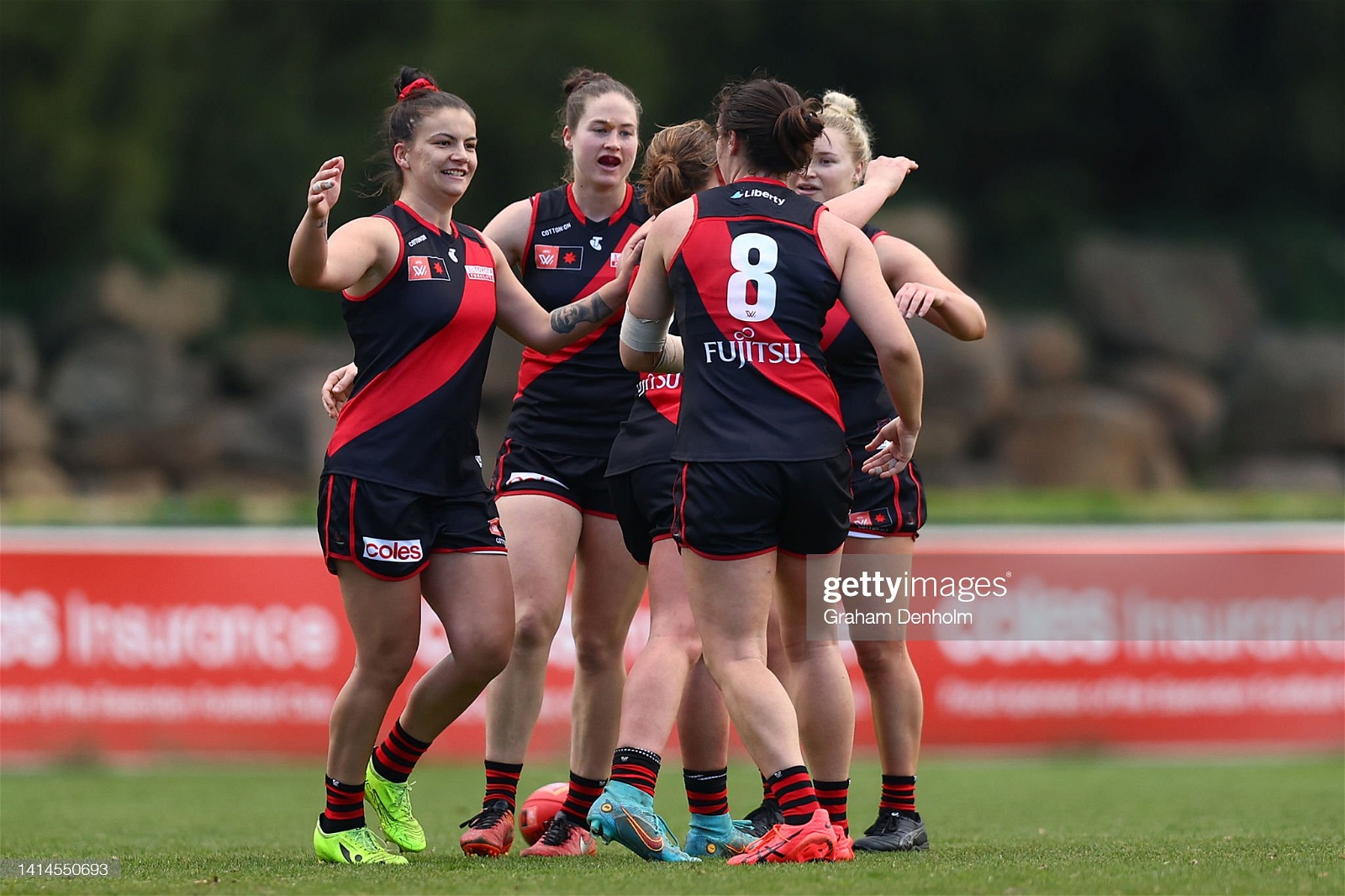 Essendon first bid to join the AFLW in 2017 ahead of the proposed expansion in 2019 but, along with Hawthorn, was unsuccessful.

Now, in Season Seven, both sides get the opportunity to be part of the national competition.

The women's section of the Essendon Football Club is riding on a high after completing an undefeated VFLW season to win the grand final in July.

That success is bound to have been part of the strong list of recruits it garnered from all corners of Australia.

Natalie Wood is leading the charge in the club's inaugural season as head coach.

The announcement was made in March that the experienced coach would be at the helm, making the shift from the Western Bulldogs' AFLW side, where she had been an assistant midfield coach.

Before the Bulldogs, she was over at the Cattery as the head coach of Geelong's VFLW side and a midfield coach with the AFLW side.

Along with junior team coaching, she has 17 years of playing under her belt at Darebin Falcons and Melbourne University.

Wood is being joined by assistant coaches Natasha Hardy, Kirby Bentley and Brett Gourley, plus Jacara Egan and Gavin Urquhart as development coaches.

Charlotte Miller is both the AFLW and VFLW football operations manager at Essendon.

Essendon came out, all guns blazing, and, in return, secured some pretty heavy artillery for its first AFLW squad.

The inaugural signing was none other than Essendon's VFLW team captain Georgia Nanscawen - but devastatingly, she landed awkwardly in the last few minutes of the VFLW grand final and ruptured her ACL, essentially ruling her out for the season.

The 2021 VFLW club best and fairest, Eloise Ashley-Cooper, also snagged a spot but unfortunately sustained a season-ending injury in the preseason.

Confidence: The side is ready and raring to go after their incredible success during the VFLW season.

Completing an undefeated run with a premiership would leave many of the women on cloud nine, and there is no way they will want to come down.

Add in the fact they have secured multiple big-name AFLW players who have wanted to don the sash all their lives and now finally have the chance to, and you will find they will want to do the club proud.

And after the heartbreak of missing out on an AFLW licence the first time they applied, the Bombers will be extra-keen to prove they are worthy of their position in the competition.

There are a lot of players who have never had the chance to play together before.

With a short preseason, the team would not have had the chance to gel as quickly as the established sides, who have only added a couple of players to their list for Season Seven.

While there is a core group of VFLW players who have taken the field together, the step up to the AFLW competition may throw their balance out a touch.

The first few weeks could be a touch rocky, but with the women willing to put in the work, I'm sure we will see the team meld and become a unit that moves as one in no time.

The obvious choice is Amber Clarke, the first player to be drafted by the Essendon Football Club with pick four.

Collecting the NAB League Girls best and fairest award this year was the cherry on top of a brilliant season: she kicked 18 goals and averaged 17 disposals per game.

Her lightning speed is her biggest asset, but she is versatile and can play almost any role on the ground.

While she will probably slot in up forward alongside the likes of Toogood, Gee, Bannister, and Alexander, don't be surprised if she gets midfield minutes.

While the big names combined with the VFLW success are great ingredients in the recipe Essendon has put together; the proof will be in the pudding.

It is hard to predict just how well the Bombers will go this year.

On paper, their team is highly-skilled and experienced, but whether that can all come together after the short-but-intense preseason is yet to be seen.

The Bombers dominated Port Adelaide in their practice match, but the real barometer will be when they face an already-established AFLW side - that will come in round two against Carlton.