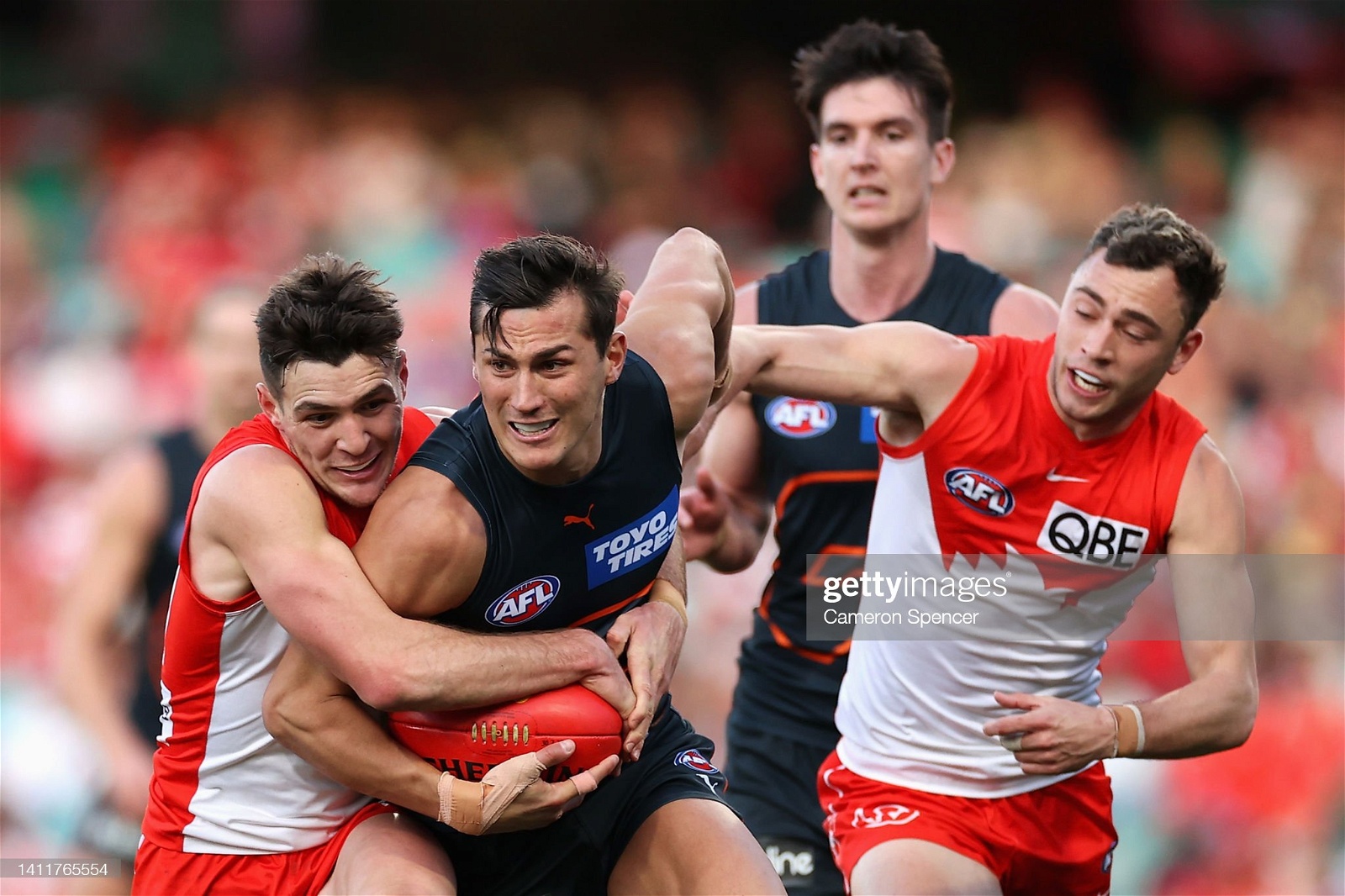 Ahead of this week's match against North Melbourne, Errol Gulden spoke to the media about his career as well as where the Swans are at.

Ahead of this week's match against North Melbourne, Errol Gulden spoke to the media about his career as well as where the Swans are at.

The Sydney Swans are sitting pretty, easily in the top half of the ladder after 19 matches played. With just three games to go, finals are all-but guaranteed but just how far they can go is yet to be seen.

The Swans’ 73 point win over the Giants on the weekend allowed them to squeeze into the top four over Brisbane on percentage. With four wins over the last month, outside of Geelong and Collingwood, they are clearly the most in form side in the competition.

There should be another win for the Swans this weekend as they come up against the Kangaroos, who currently sit on the bottom of the ladder as well as having lost their coach during the season.

With a couple more challenging games to finish the season against Collingwood and St Kilda, the Swans will need to win at least two of their last three if they are to secure a home final and the double chance.

While he still has plenty to learn and still a lot of time to grow, Errol Gulden has been a big part of Sydney’s success this year.

While Gulden isn’t leading the Swans in any category, he has provided plenty of run through the middle while also playing critical minutes up forward.

Gulden spoke to the media and explained where he thinks his footy is and if the Swans are a chance at the flag.

“I think we’re playing better as a team; we have a few things to iron out. Over the past month, we’ve found a good patch of form as a team. It’s about studying our opposition and preparing for each game as we can.

“It’s definitely the reason you play footy, to have a crack at the flag. We are looking at playing finals and playing the big games. We are in the conversation, but we still have three games before we even get to finals.”

As well as providing great run and a smaller target up forward his real skill this year has been the immense amount of pressure he manages to put on the opposition with his tackling game.

And at just 20 years of age, that kind of dedication to defence shows just how hard he has worked to get where he is, and he largely credits the Swans Academy for instilling that work ethic.

“The academy was massively important for me. I joined about age ten, and they instilled the Bloods culture into training standards; coaches like Nick Davis, passing all the knowledge down, helped me make all of the steps from Under 18 footy to an AFL club.

“The last two years, I’ve done a lot of work with Tom Papley with the small forward roll. Watching how Callum Mills and Luke Parker, and Kennedy are in the midfield, three of the best players to play in the AFL. Watching how they go about their work and their preparation is the main thing.

“I wasn’t too worried [about second year blues], what I do in preparation for the games and the night before the game, I know that I’ve done everything I can. I’m confident in my training standards and know it would carry me through the year.”

Looking forward to the weekend, Gulden explained that his ability to defend from the middle and the forward line would be crucial against a young North Melbourne side.

“North is a good young team and in the last month have been good at clearances and contested ball and playing with a nothing to lose mindset. We expect them to move the ball well and get it out through clearances. Particularly through stoppages is where the match will be won or lost.”

Not only will the Swans be looking for the win this weekend, but playing against the Kangaroos could be a nice little percentage booster for a side that wants to keep the top four spot.