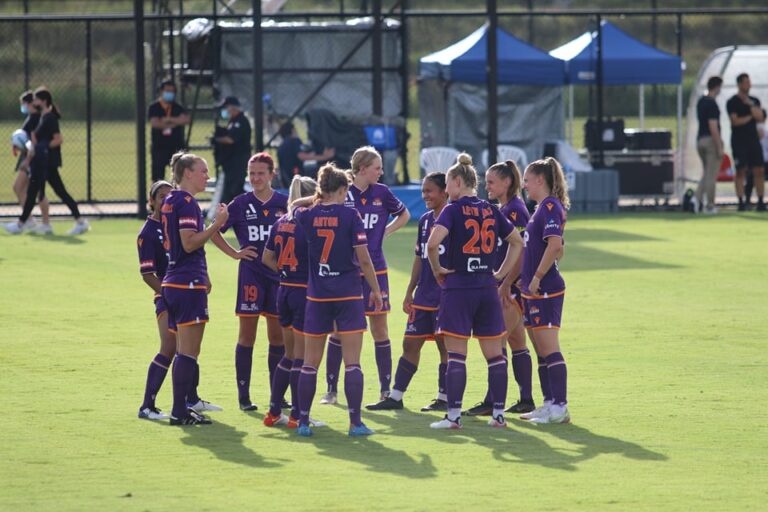 Perth Glory head coach Alex Epakis felt his team paid the price for playing three games in seven days after putting in a performance against Sydney FC today in the Liberty A-League Women which he described as unacceptable.

The Western Australian side went down to a 4-0 defeat at Netstrata Jubilee Stadium to the league leaders. "It wasn't good enough. I think we gave them the onus and the chance to build momentum. We just gave them too much respect," he said.

"They are a good team, but we allowed it to be a bit too easy. It was a timid start [from us] and that allowed Sydney to get the goals and we had to play catch up. We're not happy. It's one of the worst performances of the season."

With Perth going three weeks without a match due to COVID border restrictions and then having to play three times in a week, it was always going to be a major challenge for the Glory to face Sydney.

"Mental discipline, with three games in a week is really hard to keep to a high standard. I know that the players did the best they could taking on the pressure from set-pieces, corners, and deep throws, but there's only so much that you can do to keep a quality team like that out. It's a build-up of the last couple of days and Sydney FC had the benefit."

On top of this, Perth also had to face a Sydney team boasting Cortnee Vine, one of players of the competition this season and fresh from her call-up to the Matildas training squad for the Asia Cup. The 23-year-old produced another excellent performance.

With Perth going 3-0 down in the opening 25 minutes, Epakis recognized that the game was over: "I said at half-time that we really only had our spirit and pride to play for.

"I would have preferred not to have been in that position and then conceding an early goal in the second half. We did show some pride, but nowhere near enough for what we are trying to do as a group.

"These are the performances that we just can't accept and we don't want to have."