Edge of the Crowd's May 2022 Playlist 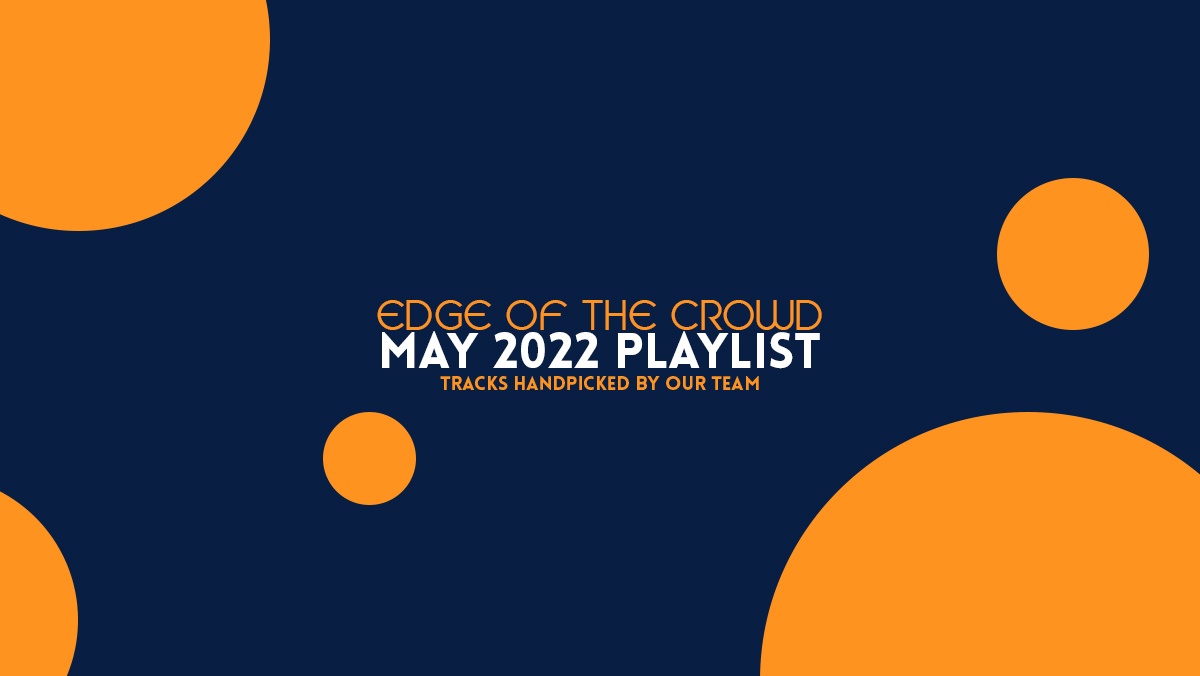 Find out what our team has been listening to this month! Our May 2022 playlist includes Harry Styles, Florence + the Machine and Ben Platt.

A newly-released track by indie-pop artist Matt Joyce,Drink My Boozeis a catchy 90s-inspired nostalgic song that captures a feel-good mood of happiness and boppy vibes, along with riffs that hook you in all the way through, with a chilled aura that would have anyone dancing and grooving along.

Skip to track seven on Harry’s new latest albumHarry’s House, andMatildawill begin to play with a soothing acoustic melody that can bring teardrops. Known to be one of his softer tunes on the new album, Harry told Apple Music’s Zane Lowe in an interview that the lyrics were inspired by a person in his life. To write about this person, Harry mirrored the main character from Roald Dahl’s successful novel,Matilda, which has made the tune more relatable to his listeners.

In anticipation of a gig at Melbourne Museum (that ultimately didn’t happen), I’ve spent the past month with Georgia Maq’s music on heavy rotation.Someone Strangeris her most recent release, which happens to feature fellow Aussie Alice Ivy.

I’m not one to frequent the club, but if they played this, frankly, I would lose it. Lyrically, it fits so well for the dance floor, perfect for screaming out loud. I cannot wait to hear this live one day.

The second song from the 1989 re-recordings was released this month after the song featured in the Amazon series trailer forThe Summer I Turned Pretty. It’s a beautiful ballad that has you screaming at the top of your lungs in the shower or in your bedroom.

The latest offering from Sydney pop-punk/emo band Clay J Gladstone,Home For Halloweenprovides a lot of bite between the riffs and melodies to contribute to a song that can be edgy, gritty, smooth, and spooky all at the same time which makes it a fun listen that exceeds in working through and experiencing different moods.

Haven -Pictures Of Her

Haven are a three-piece from New Zealand, whose music made its way to my ears via online friends with mutual interests.Pictures Of Heris their latest single, and makes a great addition to an indie rock playlist.

The way the bridge starts off quiet and builds into the final chorus is *chef’s kiss.* If you’re looking for a new band to bop your head to, check out Haven’s work!

Teenage Joans’ latest release is certainly not what the title suggests asTerriblepresents a sharp, gritty look into the South Australian duo and their capabilities in creating an indie-punk sound with an angsty energy, with lyrics suitable to scream at the top of the lungs in any capacity.

Tony award winner Ben Platt recorded a new version of his 2019 song,Grow As We Go, with singer-songwriter Sara Bareilles, who is also known to be a musical head as she wrote the music and lyrics to the musical Waitress.Grow As We Gois a soft melody that gives warm vibes, and with Sara’s higher harmonies included, the duet blends together as it also matches their friendship. Ben and Sara performed this duet on American Idol 2022 for the finale.

A song that went viral on TikTok before Masie Peters even released it.Cate’s Brotheris a catchy pop tune with strong guitar sounds that gives it that rock vibe. The song has a catchy tune that will be stuck in your head on head for hours on end.

Despite the fact her music is "up my alley," I hadn't really listened to Lucy Dacus' work prior to this month. In particular, her 2021 albumHome Videohas been on repeat, withHot & Heavybeing one of my favourite tracks on it.

Obviously, I think it sounds good, but the lyrics also stick with me. Although the closing line isn't one of Lucy's most notable pieces of lyricism, I love how the song ends with "It's bittersweet to see you again."