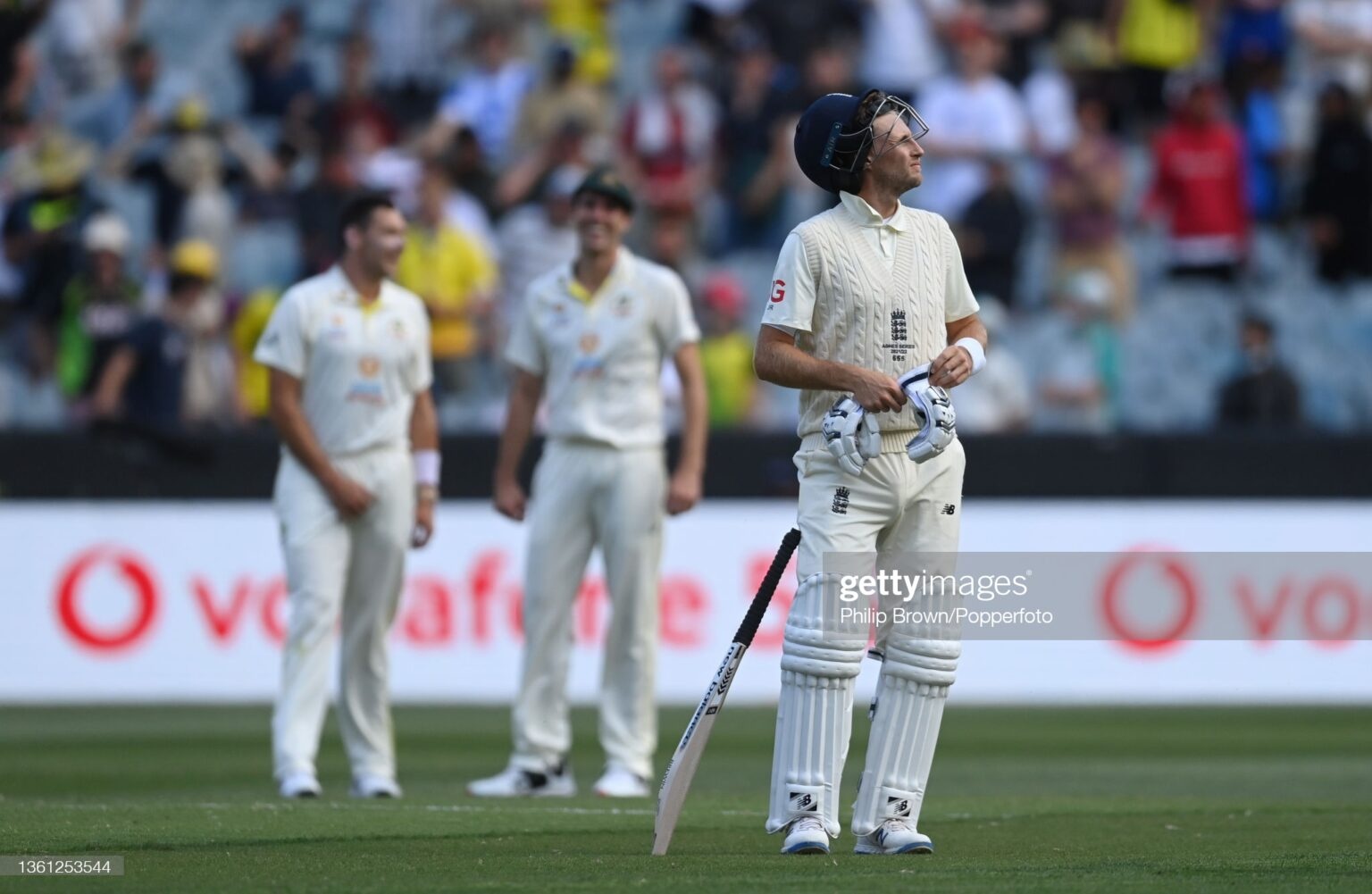 On the second day of the Boxing Day Test, the strong English start unravelled before stumps under the heat of the Australian bowling.

On the second day of the Boxing Day Test, the strong English start unravelled before stumps under the heat of the Australian bowling.

England walked out to start Day 2 of the Boxing Day Test with the hope that a strong day with three good sessions would wrest control of the Test match, and save the Ashes for now.

There was drama before the day began, as news spread that there had been two positive Rapid Antigen Tests (RATs) for COVID-19 in the non-playing group. The start of play was delayed as all members of the English team returned negative tests before play could begin.

"We actually got on the bus to come to the ground at the usual time, and then we were told to get off the bus because we found out about a couple of positive lateral flows (RATs)," Anderson said.

"So then we all went to get lateral flows to make sure we were all ok, and then waited for the all-clear to come into the ground."

England appeared to be in control as Anderson showed why he has long been regarded as England's finest fast bowler, taking 4/33 from 23 overs.

Anderson explained how the English had executed their plans.

"I thought on the bowling front we did really well to stick at our task throughout the day," he said.

"We talked a lot about the lengths we wanted to hit and the pressure we wanted to create, and I thought we were really got at that throughout the day.

"We created a lot of chances, put a lot of balls in the right areas and then got our rewards for it.

And England took the chances, as Labuschagne was dismissed for his lowest score of the series, as Smith was also dismissed cheaply.

As the Australian wickets fell, Marcus Harris battled at the other end, making his first Test 50 since 2019, before falling victim to Anderson on 76.

"It was good to spend some time in the middle," Harris said after play.

"It's obviously been a tough first couple of games for myself, but to spend some time in the middle was good.

"[Anderson]'s a pretty good bowler, that's probably why he's played as many games as he has, and taken as many wickets as he has," Harris quipped when asked about the man who dismissed him.

"It was. a good challenge, he bowled really well... its a credit to them for how well they bowled.

"It was hard work, we had to grind it out, but it was a good challenge."

The middle-order which has been a source of strength for Australia failed to fire, as the English were on top at tea.

It was the first time this series that England had dominated two sessions in a row, and forced the Australians onto the back foot.

Shortly after the tea break, Cameron Green and Alex Carey were out, with the match precariously placed, before the fast bowling duo, Mitch Starc and Pat Cummins came to the rescue.

Starc contributed 24 runs, finishing not out, while Cummins added 21, as the two added 34 for the ninth wicket, and Starc and Boland added 14 to push the first-innings lead to 82.

Australia was eventually all out for 267, leaving England a difficult hour to negotiate.

Harris explained that the hour would have been difficult for the English openers.

"There's enough in it for the bowlers, and if you're willing to occupy the crease, there's runs to be had," he said.

"Unfortunately as an opener, you get thrown into those situations a little bit.

"It's hard work, but it's probably no different to having to go do it over in England, so there won't be much sympathy from me.

"It's not easy, and without attack and the way they're bowling at the moment, it's obviously a great challenge."

The momentum built around the ground as the Australians made inroads into the English, taking four wickets in the hour, as Starc and Scott Boland each struck twice in an over.

"For 40-odd thousand [in the crowd], it felt like 100,000, and when Starc was on a hattrick it was unbelievable, and when Scotty Boland ran down to Bay 13 at the end after two wickets in that over that was brilliant.

Anderson expressed the sentiment of the English camp after play.

"We knew that that last 12 overs was going to be tough, with the new ball, but even so, to lose four wickets was really disappointing," he said.

"I thought that the spell from Starc and Cummins was outstanding, but that's what you expect. They're world-class bowlers, and they've done it in Test cricket for many many years, and so it shouldn't take anyone by surprise that they bowled like that."

The English will be hoping to resurrect their performance tomorrow, as Joe Root and Ben Stokes resume at 4/31, still trailing by 51 runs.