Sydney indie-pop duo EGOISM has shared a new single titled '2016-2018' ahead of an east coast tour that begins this weekend. 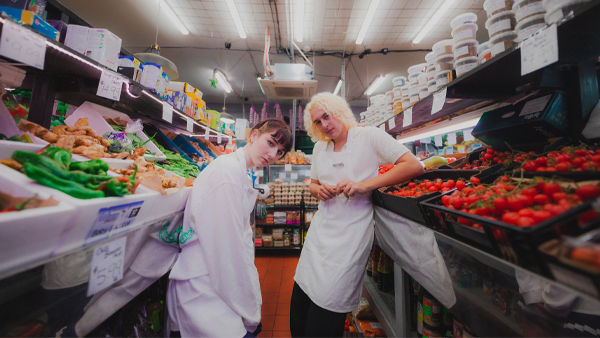 EGOISM has shared its latest single2016-2018, with an accompanying music video, as the duo get set to head out on an east coast tour that begins on May 7 in Brisbane.

After releasing its first taste of new music in 2022 with last month's release ofFor Ages, EGOISM has delivered another track,2016-2018.

The Sydney-based duo of Scout Eastment (she/her) and Olive Rush (they/them), who each interchangeably share the roles of songwriters, vocalists and guitarists,2016-2018showcases the pairs' lyrical weight with a leading acoustic guitar sound, each members' strong harmonies echoing to warm the listener of the song in reassurance.

The indie-pop group explained that2016-2018is a tender offering that explores the emotions of feeling helpless, with Rush diving into the story behind the song's meaning.

“I'm convinced that your capacity for fear peaks at 18. I was completely directionless and trying to find who ‘my people were," Rush began.

"I made a close friend, and over two years I watched their life descend into total chaos as I was helpless to do anything. Mainly because I was circling the same drain.

"So I wrote this song to say what I wish I could have said back then. Writing it kind of made me realise how little power I had over what happened. In some ways it’s closure.”

For the music video released with the new track, the duo teamed up with Billy Zammit, who had previously directed the music video forFor Agesalso. In continuing with the previous video's theme which included a neon aesthetic, a sense of nostalgia filters through the cinematic air.

“We wanted to make sure that the video for2016/2018was something simple, where it’s clear that it’s Olive and I singing to someone we used to know," Eastment said.

"It was filmed on the same day as the video for For Ages - in my friend's sharehouse just down the street from the For Ages fruit shop.

"I was so nervous when Billy and the crew had to climb onto the roof of my friend Redfern terrace in order to cover up the skylight since we didn’t have time to film at night. My friend Molly had her acting debut as the subject of the song and I think she looks beautiful."

Since EGOISM's formation in 2015 as a four-piece under the name Ego, the duo of Eastment and Rush remained, and has enjoyed success, both with tours and supporting slots, as well as acclaim by the music industry.

In 2019, EGOISM toured with Pinkish Blu to play BIGSOUND, and was nominated for both Song of the Year and Next Best Thing in the FBi SMAC Awards, and was Triple J Unearthed's 11th-most played artist of the year.

In 2020, the band released its debut EPOn Our Mindsand a year later, supported Odette on her national tour following the release ofLonely But Not Alone, leading into 2022 and an upcoming headline tour mark the new beginning for EGOISM.

EGOISM is scheduled to hit the road for the For Ages Tour with a run of east coast shows in May and June, beginning at Black Bear Lodge in Brisbane on May 7, before moving onto Melbourne, Wollongong, Newcastle, and Sydney.

Joining the duo on the tour is Montgomery, with Teddie (Wollongong, Newcastle, Sydney), and SAIK (Brisbane) joining on parts of the tour, with the additional Melbourne support yet to be announced.

You can find details of the For Ages Tour here, including ticket linkshere.