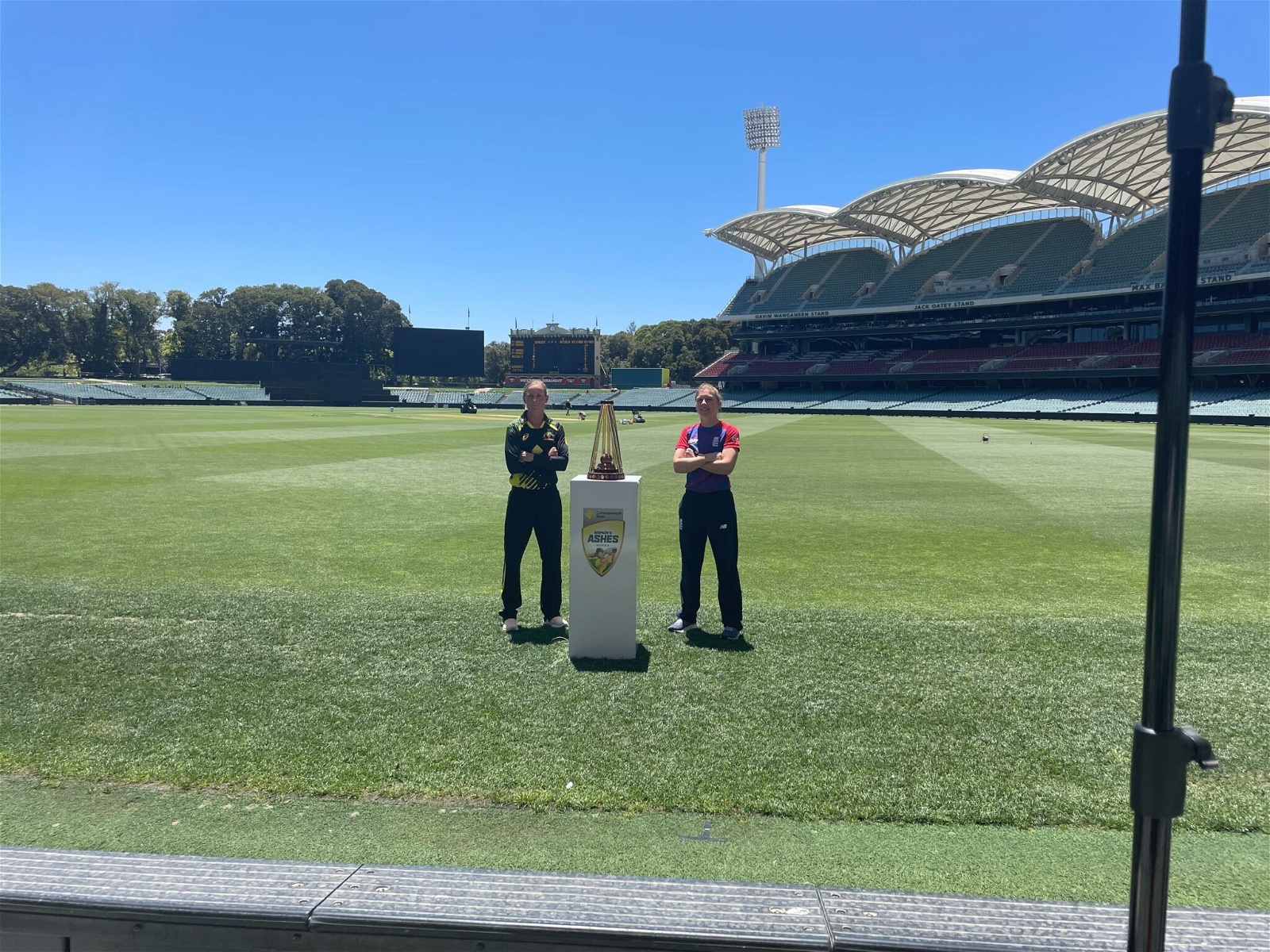 After a sucsessful men's Ashes for Australia we now move onto the women with Edge of the Crowd's women's Ashes preview.

After a sucsessful men's Ashes for Australia we now move onto the women with Edge of the Crowd's women's Ashes preview.

Now that the men are done, it’s time for the most exciting Ashes and the women's Ashes series preview, as Australia takes on England in a multi-format series over the next three weeks.

Unfortunately, over the last two years with COVID women’s sport has been put on the back burner with many sporting organisations including the ECB and Cricket Australia deciding to prioritise the male game. Thankfully the Ashes are going ahead despite the threats of COVID and potential risks to the 50-over World Cup in March.

Originally the series was set to begin a week later however with quarantine requirements to get to New Zealand for the World Cup changing the series needed to allow for players to get to NZ in time. In addition, there are worries that any player that tests positive will not be able to travel to NZ due to their strict requirements of entry.

The women's Ashes is a multi-format series of three ODI matches three T20’s and one four-day Test match. The T20’s will be played first in Adelaide before Canberra hosts the Test and one ODI, the players then move to the Junction Oval in Melbourne for the remaining ODI matches.

Unlike the men’s Ashes, these are decided on a points-based system with two points being picked up for white-ball matches and four for the red-ball matches. Australia was dominant in the last series hosted by England easily winning 12 points to four.

Australia set the tone in the last series winning all three of the ODI’s before the Test match was drawn thanks to some heavy rain. England’s only victory came in the final T20 international as they kept Australia to only 122 from their 20 overs.

The highlights from the series were Meg Lanning setting the highest T20 international score of 133 from 63 balls to get Australia to a total of 226 in the first T20. Elyse Perry was once again incredible in the Test match smashing 116 and 76* to make sure England were never within touching distance. Perry also took a career-best 7/22 in the final ODI of the series.

This series though England should be more competitive with the ECB investing a lot of time and money into the women's game. Recently we have seen The Hundred grow the women's game immense as well as high-quality fast bowling like Issy Wong come through the system importantly she hasn’t made the squad for this Ashes, but she is certainly one to keep an eye on going forward.

Most importantly though the ECB invested in 40 domestic full-time contracts for women's players, while they still aren’t at the level of Australia, it is certainly a start and something that should level the playing field.

While England has had a great preparation in recent times beating, Pakistan, the West Indies, New Zealand, and India in bilateral series Australia has barely played any cricket since their series win against India at the start of the summer.

Quarantine obviously hasn’t been ideal for England although Australia has almost had it worse with players only just coming into the group over the weekend. It was also confirmed on Monday that Elyse Perry had tested positive to COVID, although it was only a weak positive with the initial infection coming three weeks earlier.

There are also a big out in this series as Beth Mooney won’t be playing due to a fractured jaw. Australian coach Matthew Mott confirmed that it was him that threw the ball that broke the jaw, he described it as a “freak accident”. It is unlikely that Mooney plays any of this series and must also be in doubt for the World Cup in March.

How could anyone ignore Perry? While she had COVID a few weeks ago, the Australian team has been adamant that this has not affected her preparation with her meeting up with the squad on Monday.

When we think about the Ashes it’s Test cricket that really matters and her Test stats are unbelievable, she averages 86 with the bat and only 19 with the ball. To put that in perspective if she had played as many Tests as Jacques Kallis the man many believe to be the greatest all-rounder she would’ve scored 24,265 runs and taken 528 wickets.

While her Test numbers have been great there has been a visible decline in Perry’s shorter form game, more specifically T20. In fact, her game has slipped so much that Australia’ head selector didn’t even guarantee her position. We will certainly see her in the Test match and ODI’s though and she is no doubt a match-winner.

The Australia captain is once again set to have a huge Ashes series, after a slow season in the WBBL and a terrible series against India, Lanning needs to prove to herself that she’s still up to this level. That shouldn’t be a problem for her as she loves playing against England and easily led her side to the Ashes win in 2019.

While she is yet to master Test cricket, with an average of only 26 and a high score of 56, her ODI numbers are by far the best in the world. From 88 matches Lanning averages 53 and has scored 14 centuries, this is a better ODI conversion rate than any of the big-name male players as well as a massive average.

Against England, Lanning is also incredible in T20 cricket averaging 41 including that massive 133 from the last Ashes series. Add all of this batting talent to her incredible captaincy ability as she will be a key to the Aussie hopes.

After not playing in the India international series due to Schutt and her partner welcoming a child into the world, Megan Schutt will be back in Aussie colours. She also has the privilege of playing the first three matches of this series at her home venue of Adelaide Oval.

Whether it be Test, ODI or T20 cricket Megan Schutt is a force to be reckoned with when it comes to bowling. Her Test average of just over 20 although admittedly from only four matches is impeccable and only beaten by a T20 average of 15.35. Along with her knowledge of the Adelaide Oval she will almost be impossible to face as the ball swings around.

Schutt will likely lead the attack and at 29 years old, she knows her game really well and has plenty of options with the ball. The only question is whether she can continue her great international form after what a small break during the Indian series was.

As a key all-rounder and the captain, Knight will play a key role in all three formats as she tries to lead her side to an away Ashes victory. After watching the English men’s team be so bad she will be hoping the women can show Joe Root how to get it done.

Knight provides an option both with the bat and bowling her right arm off-spin, although it’s not clear if she will be needed with the ball as England have a lot of great spinning options. With the bat though she averages 37 in Test cricket, 38 in ODI cricket, and 23 with a high score of 108* in Test cricket. Along with Nat Sciver, she will be key at the top of the order.

Knight is one of the few English players that actually know what it’s like to be part of an English Ashes winning set up being part of both the 2013 and 13/14 series that England won. That experience should put her in good stead to lead her side to a respectable result.

Nat Sciver and Heather Knight will continue to make up the English top order as they play anchor roles in all formats batting long and batting big. Against the quality that Australia possesses with the ball, Sciver will be key in protecting the middle and lower order while using all of her experience from almost a decade at the top level to put the pressure back in Australia.

In Test Cricket she averages right on 30 with the bat although that is skewed from three very average Tests that started her career, under Heather Knight as captain her average actually rises to 49. It’s ODI cricket that is really her game though with an average of 38 and three centuries to her name. She can be effective in T20, but it isn’t her main format with an average of only 24 at a strike rate of 113.

While Australia will go in favourites to almost all of these matches if Sciver can get going it puts the odd much closer to England’s favour. While she bowls less than she used to Sciver can also throw in some handy overs of medium pace.

At 36 years of age, there is every chance this is the very last time we see Brunt in Australia. Having debuted all the back in 2004 (that’s before Mike Hussey played Test cricket) she is certainly a veteran, and nothing would be better for her than going out on a high with an Ashes victory. Interestingly the majority of her Ashes career was played before the point system was brought in meaning she has played a few more Tests than most.

From Brunt’s 13 Tests she has taken 43 wickets at an average of 24, her best coming against Australia with 6/69. Her ODI work is incredible, having taken 160 wickets from 130 matches over the course of 17 years, while in T20 cricket she averages under 20 with the ball. Brunt also has the ability to provide some big hitting at the bottom of the order for England, although that batting hasn’t progressed all that much over her career.

England will be wanting to send Brunt off in a special way and there is no better way to do that than winning the Ashes. She might not play every match due to rest and rotation but when she does play it will be must-watch TV.

The first match of the women's Ashes will begin at Adelaide Oval on January 20 with a T20. Edge of the Crowd will be bringing you all of the action, with match reports and analysis.