Amongst long periods of lockdowns 2021 provided some great TV, Edge of the Crowd takes you through some of the best shows this year. 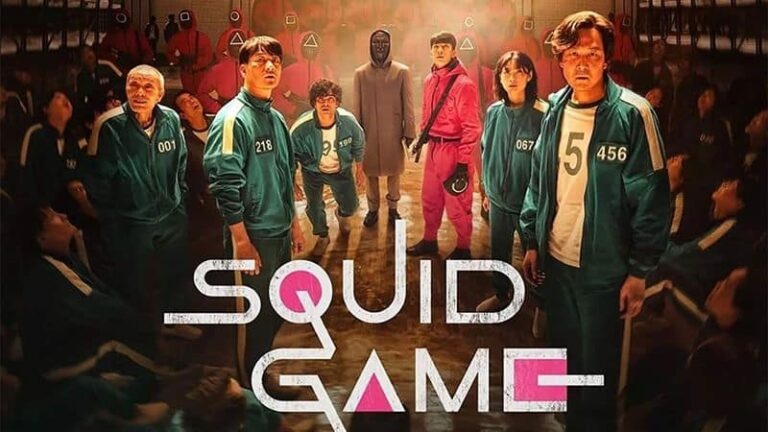 With 2021 being another year of lockdowns we all watched some top TV shows. Thankfully studios showed they were more than capable of making appointment viewing TV.

Whether it is sci-fi, murder mystery or drama you are into, 2021 had something for everyone.

Edge of the Crowdwriters go through ten of the best TV shows they watched in 2021.

One of the shows caught up in delays due to the pandemic, the third season of Jesse Armstrong’sSuccessionwas one of the most highly anticipated shows of 2021.

For those unfamiliarSuccessioncentres around the media titan Logan Roy and his four children, which draws on real-world comparisons such as the Murdochs and Hearst family.

Season Three started right where we left off in season two following second son, Kendall Roy’s press conference where he confirmed his father knew everything about the cruises scandal that threatened to destroy the company in prior seasons.

As a result, the fate of the family company sits on a cliff as they attempt to save control of the company in a shareholder vote and then grapple with the decision of acquiring a tech firm.

Meanwhile, the siblings and others around them continue to battle to be the next top dog in the family company after Logan.

The season culminates with one of the best episodes of TV in 2021 much like in Season One at a wedding with family infighting causing some of the characters to win and others to lose.

Based on the book seriesShadow and BoneandSix of Crows, the Netflix series brought back young adult fantasy in a big way for the platform this year.

Following the mixed reception of shows likeFate: The Winx Saga, it was a gamble to bring the popular book series to screen when there was a deliberate change to the original source material by combining the two series to be taking place concurrently and intertwining their stories.

Luckily for Netflix it worked, within 28 days of release it the first season had been watched in 55 million households and received for the most part positive reviews.

The show follows Alina Starkov who discovers she’s a Sun Summoner and has the ability to control light, following the chosen one style of storytelling it’s the beginning of a heroes journey as she learns who she can and can’t trust.

Meanwhile, the plotline taken fromSix of Crowsfollows a gang known as the Crows as they attempt to complete a heist with a high reward if successful despite being seemingly impossible.

The series centres around a deadly competition in which people play a series of children’s games to win ₩ 45.6 billion ($52.8 million AUD) and solve their financial troubles.

Named after the South Korean children’s game, Hwang was inspired by his own financial difficulties, social inequality in South Korea, and global issues caused by capitalism.

But it was not for the faint at heart, as it often got gory, and quite emotionally intense for some viewers. Each episode was tightly written and had dazzling production and design – juxtaposing the fun and innocence of childhood, with violence, and the brutality of adulthood.

Falcon and the Winter Soldier

The show picked up from where Chris Evans’ Captain America left off. Sam struggled to accept the mantle of Captain America as a black man, while Bucky, wrestled with guilt and trauma from his time as the Winter Soldier.

Producer Malcom Spellman used Sam’s journey to provide impactful social commentary on racial discrimination, doing well to keep it at the forefront and not lose it among the classic Marvel blockbuster action.

It also was Marvel’s most down-to-earth Phase Four entry as the MCU begins to explore concepts like the multiverse and other realities. Additionally, Mackie and Stan’s chemistry made the show, as their characters transitioned from frenemies to friends.

Overall, it was a brilliant entry from Marvel, and served as a great origin story for Sam Wilson’s Captain America.

TEN PEOPLE WHO COULD BECOME THE NEXT JAMES BOND

After waiting a year and a half between seasons,Sex EducationSeason Three certainly didn’t disappoint. Fans continued to follow the lives of students at Moordale Secondary school as the students are faced with dealing with the changes at Moordale as Hope Haddon takes over as principal, implementing massive changes.

It still has the lovable characters from the first two seasons as well as building the story arcs of characters that had been portrayed as the bad guys in the past, with Ruby Matthews Keene), Adam Groff and Michael Groff really growing as characters across the season.

There was still that will there or won’t they with Otis Millburn and Maeve Wiley and those witty one liners that takes the show to a whole new level. As well as exploring topics that many teenagers across the world face such as sexuality and gender identity.

Another Netflix show to make its return after a nearly two-year break wasThe Witcher. Based on the video games and novels of the same name, season two was a treat for many fans right before Christmas this year.

Season Two expanded on the best qualities of the first season whilst also patching up several plot holes without feeling too clunky for viewers.

This season introduced new characters and focused less on Geralt of Rivia fighting monsters and occasionally grunting out a few syllables and developing the character into a skilled mentor as well as a friend.

Season two also played to the strengths of Season One with a fantastic score and the composers didn’t forget to include another earworm, similarly addictive toToss a coin to your Witcherfrom season one withBurn! Butcher, Burn.

In October, Netflix OriginalMaidquickly captured the hearts of viewers, depicting the journey of a young mother and her daughter breaking away from an abusive relationship. The series is based on American author Stephanie Land’s 2019 semi-autobiographical bookMaid: Hard Work, Low Pay and a Mother's Will to Survive.

Maidwas adapted for the screen by Molly Smith Metzler, who has previously written forShamelessand worked on series such asOrange Is The New BlackandCasual.

Maidwas a critical success, with forty-six Rotten Tomatoes critics giving the limited series a 93 per cent. It also holds up when viewed by individuals who have faced similar situations to Alex Russell’s (Margaret Qualley), as shown by posts and comments from young women all around the world.

Qualley’s performance ultimately earned her a Golden Globe nomination, which is scheduled for January 9th. This isn’t Qualley’s first acting role but is by far her most recognised to date.

The series’ mantra is slightly different from the soundtrack, with Russell’s daughter Maddy frequently requesting Salt-N-Pepa’sShoop. The song quickly becomes iconic within the show, acting like the pair’s freedom song, singing along as they drive in search of a better future.

In the era of reboots, sequels and superhero productions a reboot of a show that only ended nine years ago wasn’t what we needed but oh boy was it good.

Gossip Girl (2021)brought the controversial show back with a vengeance and managed to not make the show involving a blog that shares every salacious secret about a group of wealthy teens seem outdated.

Those that worked on the show did their research about teen culture in the modern day and managed to incorporate the pandemic in simple ways that weren’t overbearing like other shows released in 2021 were.

One of the waysGossip Girl (2021)hit the nail on the head was showing how the parents lives affected their children’s without letting the parents become main characters, as well as the clever nods to the original series including several cameos from the former series.

However, the controversial move of the entire season was revealing who the titular blogger, Gossip Girl was from day one and showing their perspective as well as those of the high schoolers that they were targeting.

The easiest sell forReservation Dogsis to say that this is a hilarious show co-created by Taika Waititi following a group of ragtag Native American teenagers who commit petty crime (hence the Tarantino-referencing title) to save money to leave rural Oklahoma. That sell would be accurate, however, it would be woefully incomplete.

With a fully Indigenous North American cast and crew, this comedy-drama hybrid embraces surrealism and melancholy to weave strong portraits of characters and their community.

In 2021, no show was more reminiscent of Donald Glover'sAtlanta(6th best TV show of the 2010saccording to critics),with its formal experimentation, magical realism, and laugh-out-loud funny set pieces, and no other show was as worthy of that comparison.

This coming-of-age comedy and exploration of grief is a joy to watch.

Outer BanksSeason Two picks up the morning day after the Season One finale as Sarah Cameron and John B are presumed dead after being lost at sea and Sarah’s dad Ward Cameron is suspect in the investigation of the murder of Sheriff Peterkin.

For the first few episodes of the season, the plot runs in two separate locations, the first in the Outer Banks following Kiara, JJ and Pope as they try and free John B’s name who is accused of killing Peterkin by trying to prove that Ward is guilty and then Sarah and John B as they are on the run with a $50,000 bounty hanging over John B.

The teen drama has lots of twists and turns as the ‘Pouges’ continue their search for the gold that was hidden inside a ship known as the royal merchant and running into several roadblocks along the way.

With 1,160 million views in the US alone and being the most streamed show on US Netflix for three consecutive weeks,  it’s safe to say that the second season ofOuter Bankswas a huge success with the show getting renewed for a third season by Netflix.