In celebration of International Women's Day, the Edge of the Crowd team have put together a list of some inspirational women across sport and culture. 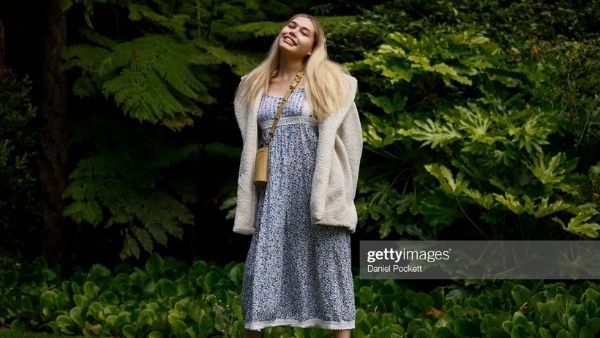 The rumour is that she wroteFrankensteinas a bet against Lord Pyron, her husband Percy Shelly and whatever other men were around the table that night. It might be a myth, but the fact remains that Mary Shelly wrote a genre defining novel and created one of literature's most enduring characters at the age of just 18.

Shelly makes me feel like an underachiever and a fan simultaneously. An amazing talent.

Since her rise to prominence, Tame has seldom been out of the spotlight. A key figure in the development of Australia’s cultural reckoning with sexual assault, sexual harassment and institutional abuse.

Tame has handled the spotlight with a grace (pardon the pun) that has made her more accessible to those hearing her speak, or seeing her activism. After being named Australian of the Year in 2021, Tame continued to show the same fight that brought her through her trauma, and did so in a way that shed further light on the issues.

A key figure, and one who is far from finished.

I discovered Florence Pugh throughLittle Womenand have been obsessed with her since. She's fun, spunky and has a charm about her that makes you want to be her friend. Above all that, she's a brilliant actress and smashes it in any role she plays - big or small.

Pugh is a scene stealer, and you always come away remembering her performance. I especially loved her interpretation of Yelena Belova in Marvel'sBlack Widow. Also, her Instagram cooking videos during 2020 were thoroughly entertaining - she made chopping onions the most exciting thing in the world.

Florence Pugh will be an Oscar winner some day, and I'll be cheering for her all the way from Australia.

When first getting into watching netball in 2017, one player that caught my eye almost immediately was Kim Ravaillion. I remember vividly watching Ravaillion in centre during the 2018 Commonwealth Games up in the Gold Coast and just thinking that she was an absolute star.

Although it wasn’t until last year that I fully realised how much of an inspiration she was, having come back to netball in 2021 after having her daughter Georgie just the year prior and the way that she came back was something truly inspiring.

As well as during the lockdowns in both 2020 and 2021, Ravaillon as well as her sister Jess created home workout programs through their fitness company Ravs Fitness and while it may seem like a small thing, I know for me personally, those programs really helped me to develop my love for fitness whereas working out at home a year prior wasn’t something I’d normally do.

One of the most enduring names in the modern era of Hollywood and she’s still killing it to this day as the first African American woman to win the triple crown of acting, winning an Emmy, Tony and an Academy Award.

In 2022 she will play another incredible African American woman, Michelle Obama, in the Showtime television showThe First Lady, as well as putting on the producer cap and starring inThe Woman King.

Davis has also been an outspoken activist for equal rights for women and women of colour’s rights. Having familiar faces speak out for equal rights and fight for rights to be established is crucial and it has made an already inspiring woman even more incredible.

One of the most iconic faces of Hollywood cinema, plenty of young women had posters of Audrey Hepburn, specifically inBreakfast At Tiffany’son their walls but Hepburn was so much more than one movie or her entire filmography that left her being remembered as one of the best actors of the 1950s and 1960s.

In her youth Hepburn survived the Nazi occupation of the Netherlands. It is believed she performed silent concerts during the war to help raise money for the Dutch resistance and there is evidence that Hepburn may have also worked with the resistance as well.

After Hepburn went into semi-retirement from acting she focused her attention on humanitarian causes, in particular UNICEF and the work it did in South America, Africa and Asia, namely provide clean water and immunisation programs in the 1980s and 1990s. Unfortunately she passed away in 1993 due to cancer at 63 years of age but her impact on culture will continue to be felt for generations to come.

With the rise of Asian American female comics like Ali Wong and Awkwafina it’s easy to forget the woman who paved the way. Margaret Cho’s career started in the 1990s performing stand up at a club adjacent to her parents bookstore and it took off, winning an American Comedy Award for best female comic in 1994.

She’s suffered highs and lows in her career and has used it to fuel her comedy discussing race, gender, sexuality in her shows as well as struggles in her career like in her showI’m the One that I Want, where she discussed her failed sitcomAll-American Girland her struggles with addiction, racism and homophobia.

Without Cho there would still be a place for Asian women in comedy but the fact that she’s endured in the comedy sphere for over 30 years and hasn’t resulted to whining about how comedy is too hard now because of cancel culture like some of her male counterparts and continues to work is a testament to her resilience and the impact she’s made throughout her career.

I only really discovered Sydney Sweeney when starting to watchEuphoriaa few months ago but have been obsessed ever since. Her portrayal of Cassie Howard in the HBO series was great and especially in this season when Cassie starts to spiral was really showed how great she is as an actress.

Also watching her TikToks of her re-building a 1969 Ford Bronco was very cool to watch, especially watching that process from start to finish.

getting my bronco ready for the new transmission

She was able to use her platform to debunk misconceptions in regards to the COVID-19 vaccine and her weekly vaccination polls on her Instagram to encourage people get the vaccine so they could finally tap that yes button on the polls.

She also used her podcastIt's A Lotto discuss important issues that are going in the world, including Invasion Day, rainbow capitalism and fatphobia just to name a few of the many issues she’s touched on.

A model, social media influencer, author, and strong LGBTQIA+ advocate, AJ Clementine continues to campaign for, and raise awareness towards what she stands for through strength and courage, inspiring others to see the good in the world and live authentically.

Creating, through her own transition, a sense of increased visibility for transgender individuals especially is something that encouraged her to continue to tell her story, and help inspire and educate others - whether they’re experiencing the same thoughts and feelings, or want to learn more about the LGBTQIA+ community and the battle of understanding and knowing one’s true self.

Lately, she’s documented her story in her recently-published bookGirl, Transcending, and along with her TikTok videos, it is noticeable how much she cares about love and acceptance of one's self, and hopes she can inform people of her own journey, of breaking barriers, of challenging the worldview of others, and of enjoying a life where you become comfortable in your own skin and self-expression.

She was the first Indigenous woman to win an Olympic gold medal, having been part of the Hockeyroos field hockey side at the Atlanta 1996 Olympic Games. In 1996, she was awarded a Medal of the Order of Australia, and in 1997, she was named Young Australian of the Year.

After her hockey success, she took the big leap into athletics and represented the country at both the 1998 Commonwealth Games, where she won gold in the 200m Sprint and the 4x100m Relay, and the 2000 Olympic Games.

An even bigger switch was made over a decade after her last Olympics, when she stood as a Senate candidate for the Australian Labor Party at the 2013 election. That year, she became the first Indigenous federal parliamentarian, but three years later she announced she would not be running to recontest her seat and retired from politics.

In 2020, she launched the Nova Peris Foundation, which aims to empower Indigenous people “to achieve life excellence through healthy nutrition, clean water and opportunities to participate in sport, education, health, spiritual wellbeing and cultural activities”,according to its website.

A recently-erected statue of Peris now stands at Federation Square in Melbourne, in honour of her contribution to Australian sport and politics.

It was hard to choose just one woman as a cultural icon so I decided on the 144, also known as the WNBA. I’m a huge women’s basketball fan and have had the absolute pleasure of covering college basketball and WNBA games. With that, I’ve had the opportunity to speak and make connections with these athletes who I admire.

In January 2020, led by WNBPA President Nneka Ogwumike of the Los Angeles Sparks (she/her) and Vice President Layshia Clarendon of the Minnesota Lynx (they/he/she) and the rest of the board, a brand new, groundbreaking collective bargaining agreement was agreed upon that would increase amenities, salaries and motherhood among many others. The phrase “Bet on Women” became a national outcry for advocates of women in sports.

It’s hard to choose a favourite out of all of the current and former women and people in the WNBA. Each and everyone of them, past, present and future, will continue to be cultural icons in women’s sports for myself and many others.