Edge of the Crowd's June 2022 Playlist

For the month of June, the team chose songs from the likes of Your Truly, McDermott & North and Gretta Ray. 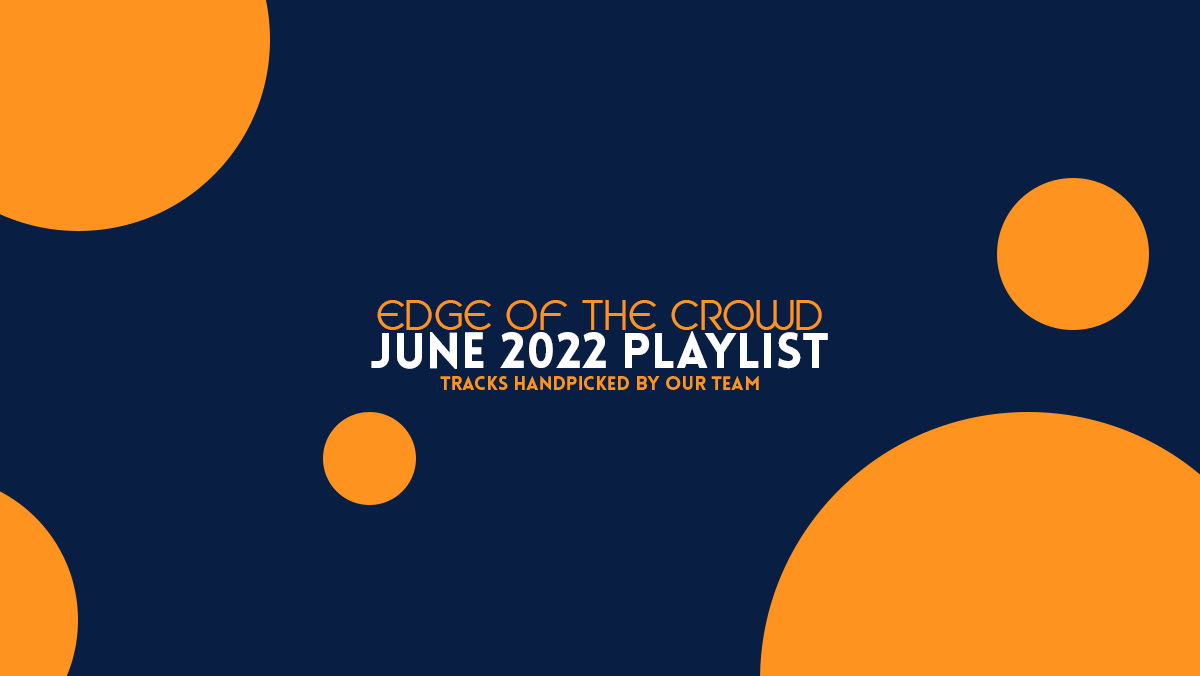 Hevenshe - No One Will Ever Love You

Lead singer of beloved Australian pop-punk band Tonight Alive, Jenna McDougall, has stepped out on her own while the group is on hiatus to release music through a solo project. Under the moniker Hevenshe, McDougall still has that drive pop-punk has, but she’s put her own indie rock spin on things with her debut single. The highlight is a really catchy hook that plays on loop in your head long after you stop listening to it.

McDermott & North were the openers at a gig I was recently at, and since then I’ve had this song on repeat. I especially love the overlapping vocals in the chorus. Both members have great voices so it’s lovely to hear them both shine at once without outdoing the other.

Melbourne has recently gained the duo after they moved down from Brisbane. Residents or visitors to the city might be lucky enough to catch them busking around town.

When I saw this pairing, I knew straight away that this would be one of my favourite songs of the year - and I wasn’t wrong. Yours Truly continue to lean into the heavier side of the spectrum, so much so that I wouldn’t call them a purely pop-punk band anymore. Josh from You Me at Six complements the style the Aussie quartet is going for with his feature - it’s an all-round polished performance by all involved.

Getting Better is the third release from Will McGillivray under the Goodwill moniker. I loved his previous two singles, so it’s no surprise to me that I loved Getting Better. The slow song has some incredibly touching lyrics that hit hard. Particularly with lines like “I forget to do things sometimes // But I'm getting better” and “I know I can be useless sometimes // But I'm getting better.”

Carolina is the latest release from Taylor Swift which is a beautiful yet haunting song is the feature song on Where the Crawdads Sing which is to be released here in Australia on the 21st of July.

Hey Dood is Peach Fuzz's first release from their upcoming EP, released by Sylvan Esso's label Psychic Hotline. In the track, the four-piece sing of their attempt to pursue someone at the party, with their conversation opener being "I'm thinking that maybe you might know my cousin." Spoiler: They didn't and Peach Fuzz knew it.

Gretta Ray has just wrapped up her ‘Begin to Look Around’ tour and boy, was it a special one. A highlight for me was hearing her perform Cherish, a 2021 release that is the perfect song of love, disconnect, and yearning. The studio version is shiny and sparkly but when it is performed live, it takes on a whole new life. An absolutely stunning song.

Last month, I added a different Georgia Maq song in anticipation of her performance in Melbourne. After seeing her live (as a solo performer), I have another level of respect for her as a performer. Thankfully, she played my favourite song of hers, You'll Be Singing My Name.

Listen to all the featured songs in our team Spotify playlist below: