Edge of The Crowd Book Club - July: Where the Crawdads Sing

This month’s fiction book is Where the Crawdads Sing by Delia Owens. 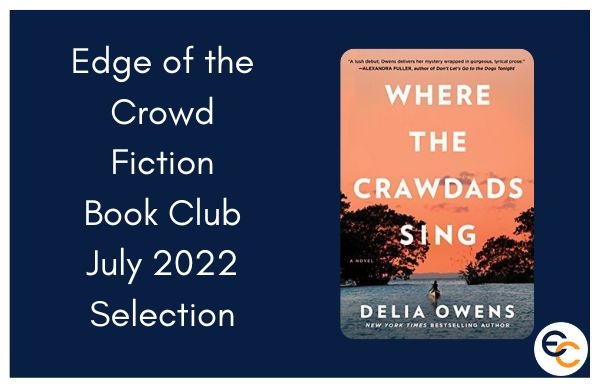 This month’s fiction book is Where the Crawdads Sing by Delia Owens.

The novel was released in 2018 and has become a New York Times best-seller, with over 12 million copies sold by January 2022.

It has now been transformed into a movie starring Daisy Edgar-Jones and produced by Reese Witherspoon and will be released on July 21, making it the perfect read for this month.

The story alternates between two timelines that slowly intertwine as the drama unfolds.

The first timeline details the life of a young girl named Kya, growing up alone in the marshes of North Carolina between 1952 and 1969.

The second timeline follows an investigation into the alleged murder of Chase Andrews, a local in the coastal town of Barkley Cove.

This coming-of-age narrative has the twists and turns of a murder mystery, all while celebrating the importance of nature.

This story will have readers turning pages, waiting to discover what happens next.