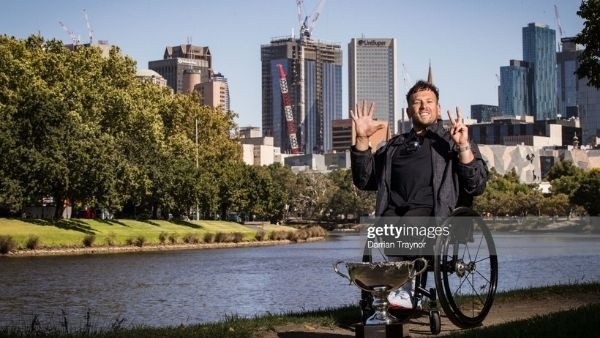 Australian Tennis Legend and advocate Dylan Alcott OAM has been named Australian of the Year for 2022, creating history being the first person with a disability receiving the award in the 62 year history.

Alcott is a four-time Paralympic gold medalist in both Tennis and Wheelchair basketball, has won 23 quad wheelchair Grand Slam titles and a Newcombe Medal. Most recently Alcott became the first male player in any form of tennis to win a golden slam.

Although Alcott is a world-class athlete, it's the work he's done in the community has made a massive impact especially for people who have a disability.

He founded theDylan Alcott Foundation, which provides scholarships and grand funding to marginalised Australians with a disability.

Alcott has also createdAbility Festwhich is Australia's first and only inclusive and accessible music festival for Young Australians with a disabilities.

“The 2022 Australians of the Year are great examples of the Australian spirit. Their courage, determination and fearlessness are an inspiration to us all,” she said.

“Dylan Alcott is a champion who has risen to the top of the world rankings through sheer grit and determination. His Golden Slam is an incredible feat, the first for any male tennis player.

“Dylan is an inspirational Australian on and off the tennis court. Through the Dylan Alcott Foundation, he is giving young Australians facing disadvantage the promise of a better future.

Alcott will be on a plane straight back to Melbourne after the Awards as he prepares for the Australian Open Quad Wheelchair Final which will take place tomorrow which will be his last grand slam final after announcing his retirement late last year.