'Dune': How will it do at the Oscars?

Sci-fi movies have historically been most successful in the technical categories, but Dune appears to have the potential to go even further. 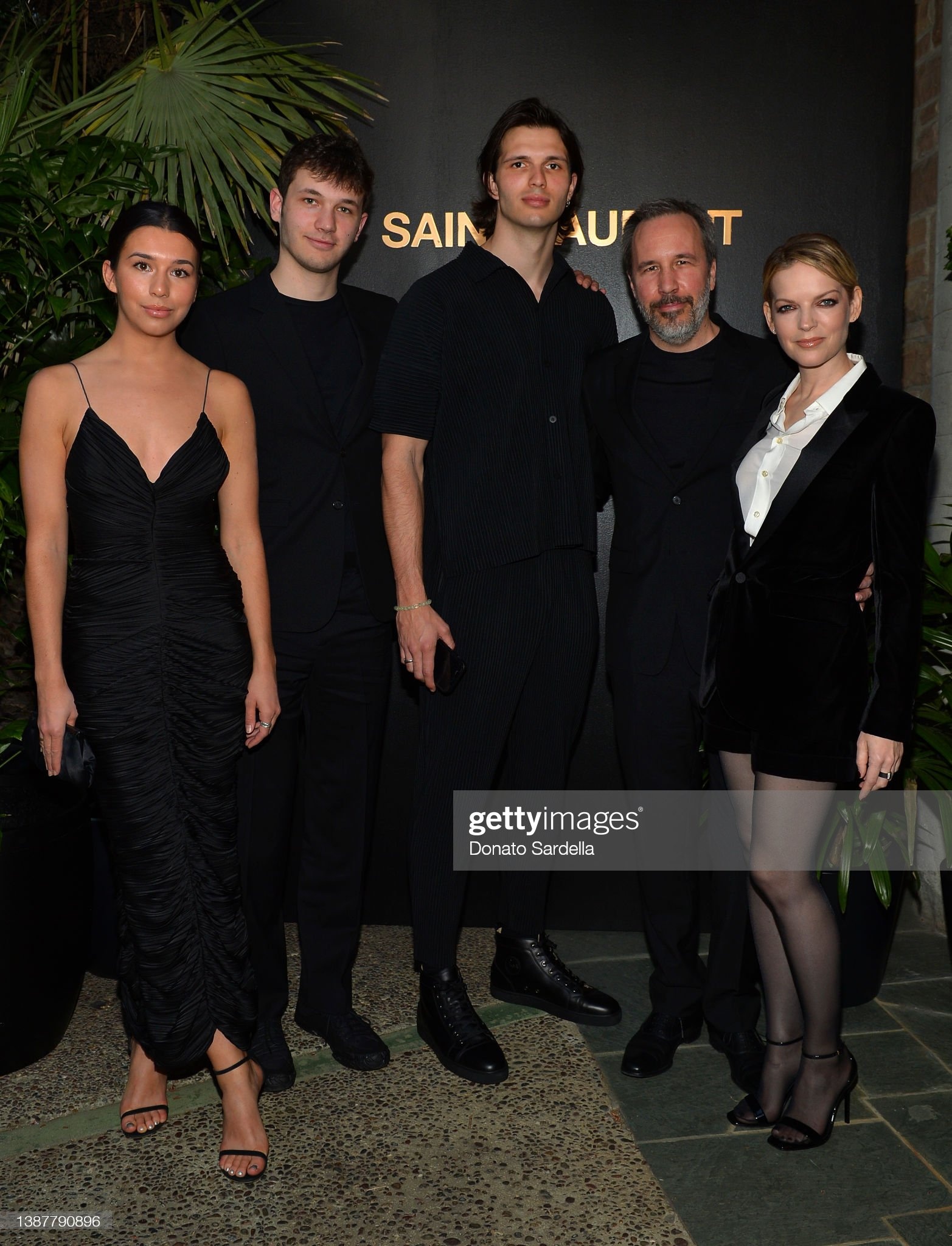 Denis Villeneuve'sDune (2021)was one of the great technical and cinematic marvels of the industry last year and has been acknowledged for it with Oscar nominations in ten categories. Sci-fi movies have historically been most successful in the technical categories, butDuneappears to have the potential to go even further.

These are the categories it has been nominated for and some important details which may affect their outcome forDune.

Costume designers Bob Morgan and Jacqueline West had a herculean task ahead of them forDune. Not only were they responsible for the creation ofaround 2000 costumes, they also had to account for the three vastly different settings that the film would be taking place in and the varied cultures that populated these settings.

It was a task they rose to with flying colours.

The 'cool factor' is easily established by the iconic stillsuits, the bodysuits worn in the deserts of Arrakis to conserve moisture through recycling fluids as drinking water. Layered and lithe, blending hi-tech flair with a nomadic aesthetic, no doubt the most striking thing about them is thatthey were designed to actually keep the actors cool in their desert locale.

And of course there are the thoroughly unsettling costumes of the Bene Gesserit and Harkonnens — black and bulky, emanating a coldness you can almost feel through the screen.

Dunefindsstiff competition in the flamboyant and exuberant designs of Jenny Beavan in Craig Gillespie'sCruella, but the sheer imagination at play here should deter you from counting it out just yet.

Donald Mowat, Love Larson and Eva von Bahr are the artists behind the makeup and hairstyling ofDuneand their crowning achievement is no doubt their transformation of Stellen Skarsgård into the corpulent, inhuman monstrosity that is Baron Harkonnen. Every appearance of the Baron on-screen is a haunting delight that lets us see just how far Mowat, Larson and von Bahr can take makeup.

This is another category whereDune's chances are hurt by the presence of multiple other stand-out contenders.Cruella(and its team of Nadia Stacey, Naomi Donne and Julia Vernon) and Michael Showalter'sThe Eyes of Tammy Faye(and its team of Linda Dowds, Stephanie Ingram and Justin Raleigh) currently seem to have a better shot at the statuette for this category, at least.

Production designer Patrice Vermette is a frequent collaborator of Villeneuve's, to the point that his brutalist stylings have become a trademark of the director's oeuvre.Dune's vast, intergalactic setting has given Vermette, along with set decorator Zsuzsanna Sipos, a grand canvas upon which to let their creativity shine.

Vermette's brutalism has rarely been as existentially terrifying as it is here, where massive spaceships and ancient cities dwarf our human characters, as if to emphasise their insignificance in this colossal universe. It gives the visuals a dreamlike quality that's only exacerbated by the cinematography and sound.

Duneis the predicted winner here, however Jane Campion'sThe Power of the Dog(and its team of Grant Major and Amber Richards) could still certainly take it. Joel Coen'sThe Tragedy of Macbeth(and its team of Stefan Dechant and Nancy Haigh) also stands as a solid contender, with its monochrome ethereality bringing an old Shakespearean tale to life in a unique and refreshing way.

Australia's very own Greig Fraser is the man behindDune'scinematography and he did a great deal with a landscape most known for being barren and empty.

One of the hardest things to translate from the originalDunenovel into film is the third-person omniscient narration which gives a glimpse into the internal monologues of a broad cast of characters. Villeneuve and Fraser responded to this challenge not with the traditional solution of a voiceover,but by allowing the cinematography to do much of the characterisation.

We get a lot of subtly powerful close-up shots of Timothee Chalamet as Paul Atreides, interspersed with the grand and sweeping cinematography of the deserts of Arrakis. The scene of a sandworm emerging from the ground to devour an ornithopter stands out as one of the film's great technical achievements, defining itself by a camera attached to the fuselage of the flying ornithopter.

Dunehas already been awarded for its cinematography and stands a solid chance in this category. Its main rival isThe Power of the Dog, which has beenlauded for the subtle and sensual touches brought to its ranch setting by Ari Wegner's cinematography.

Alright,this is the oneDune'sbasically got in the bag. The visual effects team led by Paul Lambert, Tristan Myles, Brian Connor and Gerd Nefzer went all out here and no other film in the competition even comes close.

Similar to its cinematography, the visual effects ofDunesucceed in both their scale and their details. The sandworms feel genuinely worldshaking in their size, but it is the thousands of bristling teeth that make them truly terrifying.

And of course the ornithopters, with the supersonic, dragonfly-like beating of their wings, are so convincing that you are willing to briefly forget the laws of physics whenever they appear on-screen.

Boasting a chaotic, alien soundtrack masterminded by Hans Zimmer,Dune's large number of precursor prizes for this category have it in a solid position for the win. However, it is going up against other excellent scores including Germaine Franco's for Byron Howard and Jared Bush'sEncantoand Jonny Greenwood's (of Radiohead fame) for Pablo Larraín'sSpencer— both picks capable of causing an upset.

Another category thatDune's prospects are very high in.Sound designers Mac Ruth, Mark Mangini, Theo Green, Doug Hemphill, and Ron Bartlett are the team responsible for making the exotic and dreamlike world ofDuneactually believable and they have been rewarded for it with a suite of awards already.

Dunebrims with sonic power its entire run-time. Sometimes it is subtle, like the flutter of the ornithopters or the twinkle of spice. Other times, it is right in your face: the seismic roar of the sandworms, or the layered voices of the mind control scenes.

'LOCKDOWN ACTUALLY ENRICHED OUR PROJECT’: JANE CAMPION LINGERS ON POSITIVES FILMING THE POWER OF THE DOG

Editor Joe Walker is another established collaborator of Villeneuve and has been responsible for adistinct shift to the rhythmic in his recent efforts. Here, the hazy, percussive editing works perfectly with the spacey surrealism ofDune.

Walker excellently ties together the magnificent scope of the space war with the deeply personal coming-of-age arc of Paul Atreides.

There's no clear winners yet for this category, butDuneis definitely somewhere towards the head of the pack. Its competition includes the editing of Pamela Martin for Reinaldo Marcus Green'sKing Richardand of Andrew Weisblum and Myron I Kerstein for Lin-Manuel Miranda'sTick, Tick... Boom.

Dune'schances are not strong here, likely having been hurt by its status as the first in a duology, in addition to the immense complexity of its source material making adapting it as a screenplay a difficult feat for its writing team of Jon Spaihts, Villeneuve and Eric Roth.The statuette could end up going to any one of Sian Heder'sCODA(written by Heder), Maggie Gyllenhaal'sThe Lost Daughter(written by Gyllenhaal) orThe Power of the Dog(written by Campion).

The line-up of nominees for this year's Best Picture is an impressive one.There are no clear picks for winners, butCODA,The Power of the Dogand Kenneth Brannagh'sBelfastare the current favourites, withDunecoming close behind them.

It is not totally out of the running, but it is probable thatDune's success at the Oscars will come largely from its other nominated categories.

Still, regardless of its Best Picture outcome,Duneremains a testament to the artistic vision of Villeneuve and all the hundreds of people he worked with to bring Frank Herbert's sci-fi epic to life.