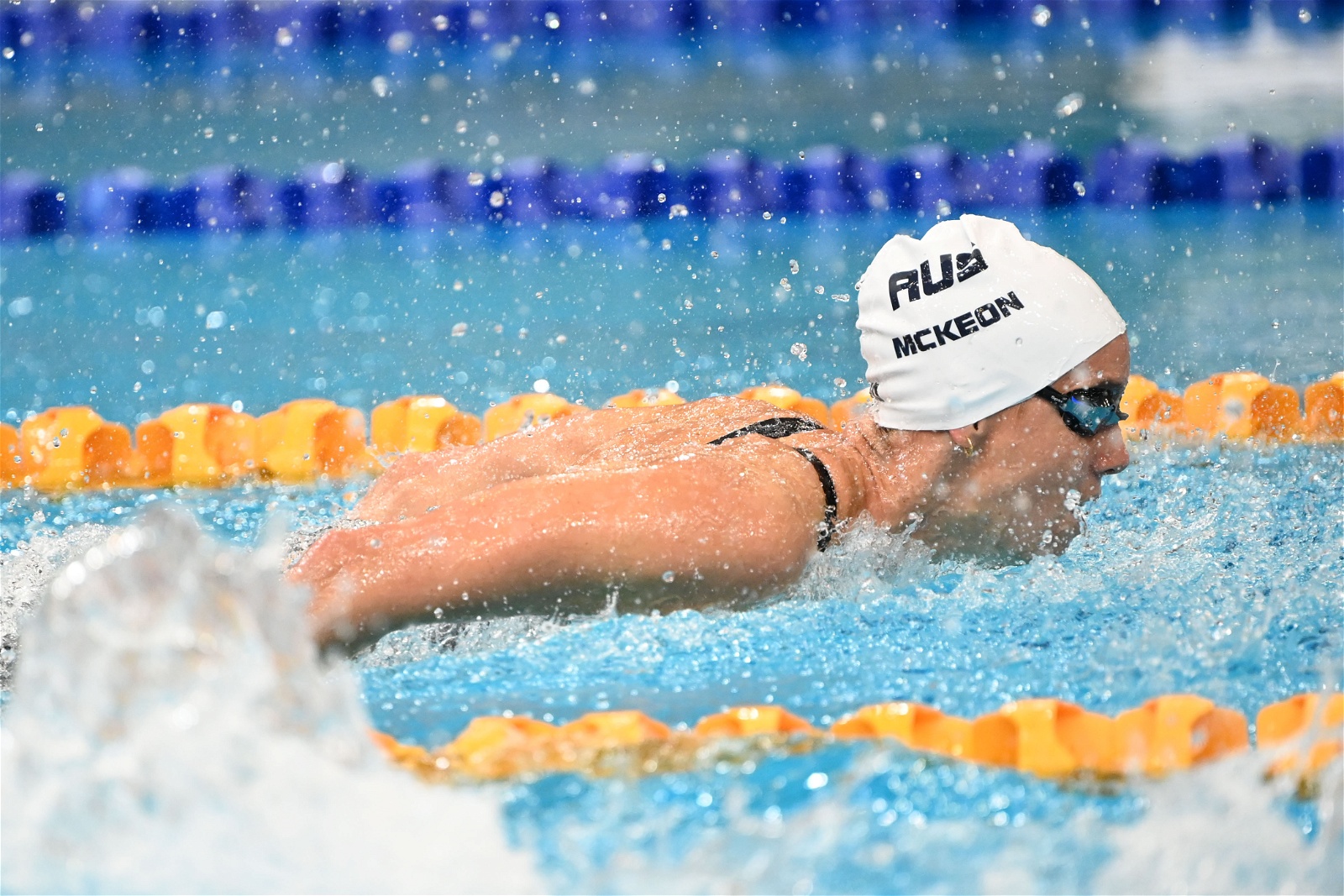 Duel in the Pool? Jewel in swimming's new crown

Duel in the Pool is back, with the rejuvenated competition taking place between Australia and USA. A wild format, a big atmosphere and quick races took the headlines early.

Duel in the Pool? Jewel in swimming's new crown

Duel in the Pool is back, with the rejuvenated competition taking place between Australia and USA. A wild format, a big atmosphere and quick races took the headlines early.

For the first time in 15 years, Duel in the Pool is back in Australia, as the racing format has breathed new life into it. Previously, it was a format that struggled to find a place in the calendar, and a format that drew excitement, as missing stars and blowout scores plagued the event.

This Duel in the Pool, between Australia and the USA, has overcome those issues, in a fun new format that signals a changing attitude in swimming.

Just a few short weeks after the Commonwealth Games, and the USA National Championships, athletes are in good shape and are ready to compete in the meet. It's a parochial meet, with innovations and match racing, and very little focus on the clock.

The innovation starts with simple things like the timing and design of the actual events. Lots of short races, with athletes backing up between events, means that most of the athletes are standing on pool deck, cheering teammates along, rather than spending time in a warm-up pool.

The highlight of the innovation were the mystery medleys. The men's 200m individual mystery medley was on first, where each swimmer was given a different order for the four strokes that make up the medley.

Amidst the chaos of it, American Shaine Casas explained how hard that was for him.

"It was crazy. Obviously, I was really tired going into it, so I was already at a disadvantage, and then I’m pretty sure I got the worst leg," Casas said.

"Finishing backstroke, the way the systems work, you’re already dead, you don’t want to be killing your legs, so backstroke last is not what you want. For me, I was physically kind of down, but mentally I can barely focus half the time.

"In my race, my brain was like ‘butterfly’, 'breaststroke'. I was telling myself 'I couldn’t DQ - I can get last, but I cannot DQ'."

The night had an electric atmosphere, with pyrotechnics, and plenty of noise, as most swimmers praised the crowd after getting out of the water.

Aussie Meg Harris was thrilled to swim in front of the home crowd, saying "The crowd was so loud, the same, if louder than Comm Games, and the home crowd is just incredible."

Casas agreed, even though he knew he wasn't the most popular swimmer of the night.

"I could hear it," Casas said.

"Obviously they’re not cheering for me, but I still take the energy, and I really like the environment, and I'm just really fortunate to be here. This meet doesn’t happen too often, so I’m just blessed that I had the opportunity and also took it. I’m really happy that I came here."

The opportunity comes for the Australians to race in front of a home crowd, and to race against the best in the world. Dolphins coach Rohan Taylor explained how the meet has brought the team together, and what went into preparation.

"When we originally put this on the calendar, we didn’t have a Worlds [Championships], and the Americans were looking for something, and we didn’t have worlds. Once Worlds was dropped in June it was becoming busy, but we thought this is still an opportunity.

"I could understand, once Worlds was put in, there would be some that said no, but I think, they just enjoy each others’ company, and they were also curious about wanting to be part of something like this.

"I think it's exceeded my expectation as far as the atmosphere tonight, and the way I felt, and I would suspect it's the same for them."

Meg Harris explained that it really was a whirlwind of an experience, but a great atmosphere in the team.

"It's definitely exciting. I did not know what to expect coming into it, half the races you don’t even know until you walk out. I had 50 free as my man event, so I knew what I would be swimming, but it's exciting and the atmosphere is amazing.

"You don’t really prepare. We only found out [Friday night] what we were racing, half of us don’t know what we’re racing [today]," Harris said.

"It's more mental, you just have to enjoy it and have fun. A lot of us have been on a massive journey of eight, nine weeks away, so this is just a lot of fun to end this journey.

"As [the rules] come up, I’m listening to it like everyone else. I think everything is as it goes, and we’re all just going along with it. It's definitely exciting.

"We had a meeting (Friday night) and we all pretty much know what’s going down, but when it comes to it, you’re still just getting past one race and getting into the other."

For swimming, the broken racing, the skins, the mixed-class and mixed ability and the mystery relays present a whole new experience. While gimmicky, the racing is a way to make swimming accessible.

The mixed-ability racing brings para-athletes to the fore as well. After years of advocacy and hard work, the integration of para-swimming into the Australian national trials, and now Duel in the Pool is an opportunity to bring Aussie stars into the spotlight.

Outside of the big events (World Championships, Olympics, Commonwealth Games), swimming often struggles to garner national attention. Will events that make athletes engaged, and are exciting and unpredictable be enough to get swimming into the national sporting consciousness more often?

Time will tell. Or anyone who was a spectator at Duel in the Pool probably can tell you too.